Nashville promoter Roy Welch had purchased the Mobile-Pensacola end of Leroy McGuirk's Tri-State Wrestling. Unlike McGuirk, who only promoted in the Mobile-Pensacola area on special occasions called spot shows, Welch decided to make promoting in Mobile-Pensacola a frequent attraction in the summer. However, due to his obligations in Nashville, his son Buddy Fuller (Edward Welch) was made booker for Mobile-Pensacola, and Fuller eventually expanded the territory into Mississippi-Louisiana as well.

At this point, the territory didn't even have a name, its own belts, or even its own wrestlers (aside from members of The Welch Family of course). They often relied on wrestlers and champions from Buddy's and their Uncle Lester Welch's territory. He ran in places like Tampa, Florida, and Atlanta, Georgia (which would eventually become Championship Wrestling from Florida and Georgia Championship Wrestling), as well getting help from his father in Nashville, Tennessee, and some occasional help from his Uncles Herb and Jack. These early attempts would start to unravel when Buddy Fuller failed to make payments to the territory from his father Roy Welch. Buddy's cousin Lee Fields (Albert Lee Hatfield) would save the territory and gave it the name "Gulf Coast Championship Wrestling".

Lee Fields would eventually buy the territory from Roy Welch and Buddy Fuller, and run shows in the area for almost two decades with Rocky McGuire booking Dothan-Panama City and Bob Kelly booking Mobile-Pensacola and Mississippi after a falling out with promoters in Louisiana with Mobile-Pensacola only running in the summer months. Kelly turned the promotion around from holding monthly and seasonal shows in a few towns which only drew a few hundred people to holding weekly shows in a different town night after night with local television exposure in each market, which led to each arena drawing thousands. Bob Kelly left the wrestling business in 1976 to enter real estate and spend more time with family, and Lee Fields found it more difficult to operate both his wrestling promotion and Mobile International Speedway at the same time.. So he sold it to his cousin Ron Fuller around 1977-1978.

In 1974, Ron Fuller purchased Southeastern Championship Wrestling based in Knoxville, Tennessee from John Cazana, where he focused mainly on the east Tennessee area. In 1977, Ron Fuller took over the territory his grandfather and father had founded when GCCW folded and Fuller expanded the SECW to run in the Southern Alabama, Northern Florida area in addition the Eastern Tennessee territory he already established. This was initially labelled ”the Southern Division” of the SECW treating them as two separate entities despite the original plan to run a talent exchange between the two involving talent spending sixteen months in one end of the territory and then spend eight months in another to regain momentum after losing steam in the previous one.

In June 1979, several members of the talent roster and behind the scenes personnel left SECW out frustration involving backstage politics with Ron's brother Robert Fuller who was considered lazy in terms of booking the territory, and spent many nights partying and felt his spot in Southeastern was owed to him since he was a member of The Welch/Fuller family. Led by Bob Roop, Ronnie Garvin, Bob Orton Jr. and Boris Malenko, All-Star Championship Wrestling fought a six-month promotional war over the Knoxville territory. Many of these defectors later joined the Kentucky based outlaw promotion International Championship Wrestling owned and operated by Angelo Poffo.

After this, the Knoxville end of Southeastern experienced financial losses, and sold to promotions such as Jim Crockett Promotions and Georgia Championship Wrestling for the next five years. Fuller then made Birmingham his main end of the territory with the Dothan end continuing to flourish, giving early exposure to future stars such as The Fabulous Freebirds, rising stars in the territory along the lines of Austin Idol, and appearances by Ric Flair who would defend the NWA World Heavyweight Title in the area each year.

Five years later, Fuller decided that it was time to reach beyond the Southern Alabama/Northern Florida area and re-purchased the Knoxville end of the territory, with this expansion came a name change to Continental Championship Wrestling. This was an attempt on Ron Fuller's part to compete with Vince McMahon. After a failed negotiation with CBS, he settled on moving the television show out of the small television studio and into the big arenas where they did house shows in order to give the promotion a national look and feel. While the name Southeastern restricted the promotion to a more regional feel, the name Continental gave fans the impression they toured all over the country, except Alaska and Hawaii.

In 1988, WCOV-TV owner David Woods bought the controlling interest in the promotion from Ron Fuller, and he renamed it Continental Wrestling Federation in a further attempt to compete with Vince McMahon and appear to resemble a nationwide promotion, even to the point of getting an odd national TV deal with Financial News Network. Their last TV episode aired on November 25, 1989. The promotion closed after their final show on December 6, 1989.

Despite many huge angles over the years, this territory often has the status as "the lost promotion". Such obscurity was due to the lack of media coverage during the Gulf Coast and Southeastern years since both Lee Fields and Ron Fuller believed that their promotions should not be covered by wrestling magazines and often did not allow reporters in the locker room to interview the wrestlers. This was to prevent the exposure to kayfabe and preserve the illusion of wrestling as a sport in the area. However, Fuller relented with the changeover to Continental in order to get national exposure for the promotion from the magazines. Such exposure was at an all-time high during the Eddie Gilbert period.

Due to the expensive nature of archiving at television stations before the home video boom of the 1980s, much of the footage from the Gulf Coast era and the Knoxville portion of Southeastern no longer exists, despite a few bits of rare footage turning up here and there. However, almost all of the Dothan portion of Southeastern along with the majority of Continental footage still exists. They are still owned by David Woods and Woods Communications. 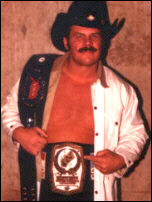 Ronald Heard was an American professional wrestler, best known under the name "The Outlaw" Ron Bass. His gimmick was a Texan cowboy who entered World Wrestling Federation (WWF) rings to the sound of a bullwhip.

Jeff Van Camp Sr. is an American police officer and retired professional wrestler. He is best known for his appearances with the World Wrestling Association and Southeast Championship Wrestling in the mid-1980s under his real name and the ring name Lord Humongous.

Jerry Stubbs is a retired professional wrestler. Stubbs wrestled as Mr. Olympia in Bill Watts's Mid-South wrestling area and as the villainous Jerry "Mr. Perfect" Stubbs in Southeast/Continental wrestling promotions. Stubbs won multiple versions of the areas singles and tag team titles as a member of the Stud Stable.

Norvell Austin is a retired American professional wrestler. Austin worked for most of his career in the Southern United States, most often in tag team competition. Norvell Austin is most famous for teaming with Sputnik Monroe in one of the first "mixed races" villainous teams seen in the south. Austin was also part of the original Midnight Express from 1981 to 1983. Later on he would team with Koko B. Ware as one half of the "Pretty Young Things". 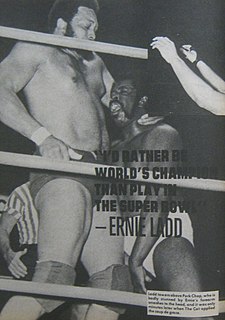 Bobby Cash is an American semi-retired professional wrestler. He competed primarily in promotions operated by the National Wrestling Alliance (NWA), like the Continental Wrestling Association and Georgia Championship Wrestling. 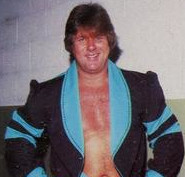 Ken Lucas was an American professional wrestler who won many tag and singles championships in the southern US National Wrestling Alliance territories between 1960 and 1985, before finishing his career as a jobber in the American Wrestling Association. He trained Ricky Morton to wrestle, and they teamed often in the early 1980s, winning three championships six times. He was from Mesa, Arizona and died at his home in Pensacola, Florida. 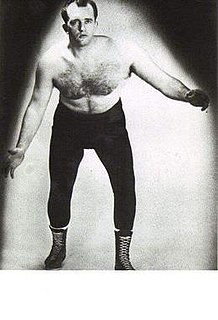 All-Star Championship Wrestling (ASCW) was a professional wrestling promotion that was founded in Knoxville, Tennessee by Ron Wright, Ronnie Garvin, Bob Roop, Bob Orton, Jr. and Boris Malenko in 1979. The group broke away from Southeastern Championship Wrestling (SECW) and fought a six-month war against National Wrestling Alliance promoter Ron Fuller over control of the NWA's Knoxville territory. Although the "outlaw" group was successful in its efforts to oust Fuller, the promotional war is blamed for "killing" pro wrestling in Knoxville for several years during the 1980s wrestling boom.

Edward Leon Baxter was an American professional wrestler who competed throughout the National Wrestling Alliance in the 1960s and 70s. He was best known for wrestling under a mask as (The) Wrestling Pro and also wrestled under the ring name Tarzan Baxter. One of the most popular heels in Gulf Coast Championship Wrestling's history, he had famous feuds with the likes of Ken Mantell for the NWA World Junior Heavyweight Championship and Jack Brisco for the NWA World Heavyweight Championship.

Roy Edward Welch was an American professional wrestler and promoter. He is best known as the promoter of the NWA Mid-America territory alongside Nick Gulas.