The censors at the Hays Office requested a large number of changes to the script before they would approve it for production. One of the major issues they had with the script was that it explicitly included dialogue about the potential dangers of childbirth. [2]

Mordaunt Hall, critic for The New York Times, wrote that Dr. Monica is "not especially suspenseful", but it "moves apace and the acting is excellent." [3] 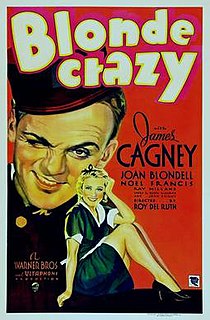 One Way Passage is a 1932 American pre-Code romantic film starring William Powell and Kay Francis as star-crossed lovers, directed by Tay Garnett and released by Warner Bros. The screenplay by Robert Lord won the Academy Award for Best Story. 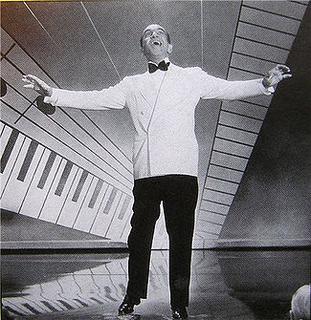 Doctor Bull is a 1933 American pre-Code comedy film directed by John Ford, based on the James Gould Cozzens novel The Last Adam. Will Rogers portrays a small-town doctor who must deal with a typhoid outbreak in the community. 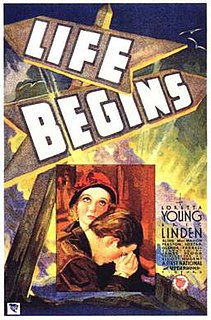 Life Begins is a 1932 American pre-Code drama film starring Loretta Young, Eric Linden, Aline MacMahon, and Glenda Farrell. The film was adapted from the 1932 play of the same name by Mary M. Axelson. It was released by Warner Bros. on September 10, 1932. The film was praised for its honest portrayal of a maternity ward. 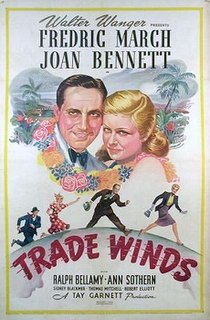 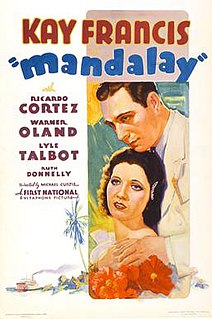 Behind the Make-Up (1930) is an American pre-Code drama film starring Hal Skelly, William Powell, Kay Francis, and Fay Wray, and based on the short story "The Feeder" by Mildred Cram. 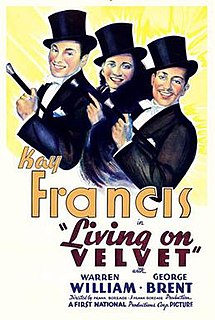 Once in a Lifetime is a 1932 American pre-Code comedy film based on Once in a Lifetime by George S. Kaufman and Moss Hart. The film was produced and distributed by Universal Pictures, directed by Russell Mack and stars Jack Oakie, Sidney Fox and Aline MacMahon.

Side Streets, also known in the UK as A Woman in Her Thirties, is a 1934 American romantic melodrama film starring Aline MacMahon and Paul Kelly. The screenplay concerns a spinster who hires, then marries, a destitute sailor who is not always faithful. 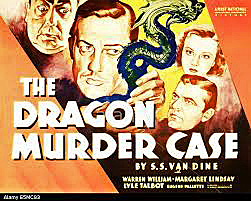 The Dragon Murder Case is a 1934 mystery film adaptation of the novel of the same name by S. S. Van Dine, starring Warren William as private detective Philo Vance.

The White Cockatoo is a 1935 American mystery film directed by Alan Crosland and starring Jean Muir, Ricardo Cortez and Ruth Donnelly. It was based on the 1933 novel of the same name by Mignon G. Eberhart. A print is preserved in the Library of Congress collection. 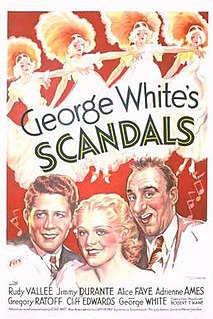 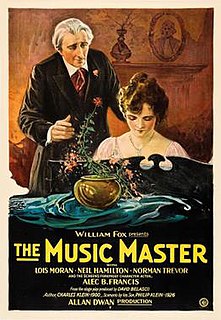 The Music Master is a 1927 American silent drama film directed by Allan Dwan and written by Philip Klein, adapted from the play of the same name by David Belasco. The film stars Alec B. Francis, Lois Moran, Neil Hamilton, Norman Trevor, Charles Willis Lane and William T. Tilden. The film was released on January 23, 1927, by Fox Film Corporation.

Bedside is a 1934 American pre-Code drama film starring Warren William, Jean Muir and Allen Jenkins. A man passes himself off as a doctor.