The White Angel is a 1936 American historical drama film directed by William Dieterle and starring Kay Francis. [2] [3] The film depicts Florence Nightingale's pioneering work in nursing during the Crimean War.

In Victorian England, Florence Nightingale (Kay Francis) decides to become a nurse, puzzling her upper-class family (as nursing was considered a disreputable profession at the time). She travels to Germany to the only nursing school. The training is arduous, but she endures and graduates. When she returns home, however, no one is willing to employ her.

When the Crimean War breaks out, she finally gets her chance. With the help of influential friends and damning newspaper reports on the wretched conditions in the Crimea by Fuller (Ian Hunter), a reporter for The Times , she is permitted to recruit some nurses and lead them to Scutari in Turkey to tend the wounded.

There, however, she is bitterly opposed by Dr. Hunt (Donald Crisp), who is in charge of the hospital. She remains undaunted, and soon wins the love of her patients. Each night, she passes through miles of the wards, carrying a lamp, so she can satisfy herself that her patients have all they need. Her tireless efforts greatly reduce the mortality rate. Her fame is spread by the newspapers, and Henry Wadsworth Longfellow writes a poem in her honor.

When the opportunity arises, she goes to the front to attend the wounded more quickly. She leaves Sister Colomba (Eily Malyon) in charge at Scutari. Once more, Nightingale faces official opposition to her efforts, instigated by Dr. Hunt. However, she gains the support of Lord Raglan (Halliwell Hobbes), the British commander in chief, and is soon hard at work. When she comes down with cholera, she is attended by Tommy (Billy Mauch), a drummer boy she herself nursed back from the brink of death.

While she is only partially recovered, she is surprised when Sister Colomba shows up. The nun informs her that Dr. Hunt replaced her with Ella Stephens, a flighty socialite Nightingale had already rejected as a nurse. Under Stephens' lax and uncaring leadership, conditions had greatly worsened. Nightingale returns to Scutari and sets things straight.

After the war ends, she returns home to England. By this time, even Dr. Hunt has reconsidered his opinion of her work, but his superior, Undersecretary of War Bullock (Montagu Love), remains steadfast in his opposition. Bullock tries to turn Queen Victoria against Nightingale, but the monarch instead shows her approval by presenting Nightingale with a brooch.

Writing for The Spectator in 1936, Graham Greene gave the film a poor review, praising Francis' acting, but concluding that "she is defeated by the scenario-writers". Greene points in particular to the graveyard scene which he describes as a "dreadful sequence". [4]

Florence Nightingale, was an English social reformer, statistician and the founder of modern nursing. Nightingale came to prominence while serving as a manager and trainer of nurses during the Crimean War, in which she organised care for wounded soldiers. She gave nursing a favourable reputation and became an icon of Victorian culture, especially in the persona of "The Lady with the Lamp" making rounds of wounded soldiers at night.

Mary Jane Seacole was a British-Jamaican nurse, healer and businesswoman who set up the "British Hotel" behind the lines during the Crimean War. She described this as "a mess-table and comfortable quarters for sick and convalescent officers", and provided succour for wounded servicemen on the battlefield, and nursed many of them back to health. Coming from a tradition of Jamaican and West African "doctresses", Seacole displayed "compassion, skills and bravery while nursing soldiers during the Crimean War", through the use of herbal remedies. She was posthumously awarded the Jamaican Order of Merit in 1991. In 2004, she was voted the greatest black Briton.

International Nurses Day (IND) is an international day observed around the world on 12 May of each year, to mark the contributions that nurses make to society. 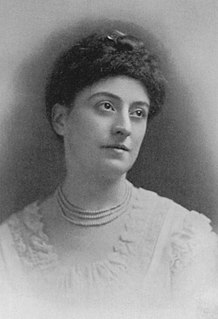 Ethel Gordon Fenwick was a British nurse who played a major role in the History of Nursing in the United Kingdom. She campaigned to procure a nationally recognised certificate for nursing, to safeguard the title "Nurse", and lobbied Parliament to pass a law to control nursing and limit it to "registered" nurses only.

Selimiye Barracks, also known as Scutari Barracks, is a Turkish Army barracks located in the Üsküdar district on the Asian part of Istanbul, Turkey. It was built first in 1800 by Sultan Selim III for the soldiers of the newly established Nizam-ı Cedid in frame of the Ottoman military reform efforts.

Linda Richards was the first professionally trained American nurse. She established nursing training programs in the United States and Japan, and created the first system for keeping individual medical records for hospitalized patients. 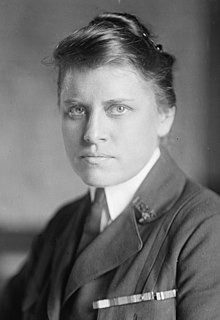 Julia Catherine Stimson was an American nurse, credited as one of several persons who brought nursing to the status of a profession. 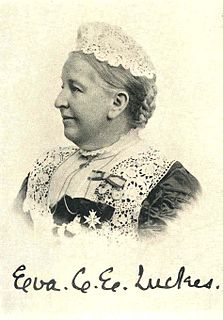 Eva Charlotte Ellis Luckes was Matron of The London Hospital from 1880 to 1919. 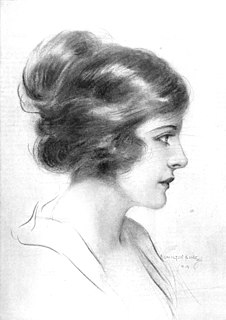 Lillian Kemble-Cooper was an English-American actress who had a successful career on Broadway and in Hollywood film.

The history of nursing in the United Kingdom relates to the development of the profession since the 1850s. The history of nursing itself dates back to ancient history, when the sick were cared for in temples and places of worship. In the early Christian era, nursing in the United Kingdom was undertaken by certain women in the Christian Church, their services being extended to patients in their homes. These women had no real training by today's standards, but experience taught them valuable skills, especially in the use of herbs and folk drugs, and some gained fame as the physicians of their era. Remnants of the religious nature of nurses remains in Britain today, especially with the retention of the job title "Sister" for a senior female nurse.

Chief Kofoworola Abeni Pratt Hon. FRCN, a Nigerian-born nurse, was the first black nurse to work in Britain's National Health Service. She subsequently became vice-president of the International Council of Nurses and the first black Chief Nursing Officer of Nigeria, working in the Federal Ministry of Health.

Anna Hamilton was a French medical doctor, superintendent of the Protestant Hospital in Bordeaux for 34 years, and a proponent of professionalization in nursing.

Mother Mary Clare Moore was an Irish Sisters of Mercy nun, Crimean war nurse and teacher. She was one of the ten original members of the Sisters of Mercy, and was the founding sister superior of the order's first convent in England. 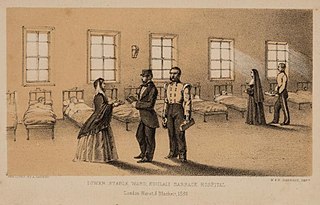 Mother Mary Francis Bridgeman R.S.M. was a nun with the Sisters of Mercy, a Roman Catholic religious congregation of women, founded in Ireland by Catherine McAuley and a pioneer nurse during the Crimean War of 1854-1856.