The earldom of Ormond was originally created in 1328 for James Butler. For many subsequent years, the earls took significant roles in the government of Ireland, and kept a tradition of loyalty to the English crown and to English custom. Several of the earls also had reputations as scholars. [2] The fifth earl was created Earl of Wiltshire (1449) in the Peerage of England, but he was attainted in 1461 and his peerages were declared forfeit. The earldom of Ormond was restored to his younger brother, John Butler, the sixth earl, in 1476. [3] Thomas, the 7th earl, died without issue in 1515; [3] the de facto, if not indeed the de jure earl, Piers Butler, a cousin of the 7th Earl, was induced to resign his rights to the title in 1528. This facilitated the next creation by awarding the titles of Ormond and Wiltshire to Thomas Boleyn, who was the father of Anne Boleyn. At that time, Anne was the mistress of King Henry VIII of England. As a maternal grandson of the 7th Earl, Thomas Boleyn had a slim claim to the title. Through his daughter, Anne, he was the grandfather of Elizabeth I of England. On the death of Boleyn, these peerages of the second creation became extinct because he lacked male heirs, his son George having been executed for treason.

As a reward for his patriotism and generosity, Piers Butler was created Earl of Ossory five days after resigning his rights to the other titles. The third creation for Piers Butler (in 1538) merely recognised the reality of the situation prior to the Boleyn irruption, and in 1544 an act of parliament confirmed him in the possession of his earldom, which was declared to be the creation of 1328, and not the new creation of 1538. [3] James Butler, the fifth earl of this creation, was made Marquess of Ormonde (1642) and Duke of Ormonde (1660) in the Peerage of Ireland, and Duke of Ormonde (1682) in the Peerage of England. Through his marriage with his cousin Elizabeth Preston, granddaughter of the third earl, he had reunited the titles with the Ormonde estates. [2] After 1682, the spelling "Ormonde" was used almost universally.

Other titles held by the earls

Prior to the creation of the Earldom of Ormond, the First Earl's father had been created the first Earl of Carrick. However, this title did not pass to James Butler. After a gap of 7 years following his father's death, James, who had recently married Eleanor de Bohun (a granddaughter of Edward I) was rewarded with an earldom in his own right – Ormond. [4]

The 2nd Earl of Ormand was known widely as the Earl of Gowran (1385), a customary title. A later peerage title, the Earldom of Gowran, was granted to the seventh son of the 1st Duke of Ormond in 1676 but became extinct within less than two years. A subsidiary barony title - Baron Gowran - was held by the FitzGeralds, Earls of Upper Ossory, between 1715-1818.

An unrelated Earldom of Ormonde was twice created in the Peerage of Scotland.

The presumed successors of the 7th marquess in the Earldoms of Ormonde and Ossory have been the 17th and 18th Viscounts Mountgarret, descending in the male line from a younger son of the 8th Earl; however, no claim from the 17th or 18th viscount was submitted to the Monarch. 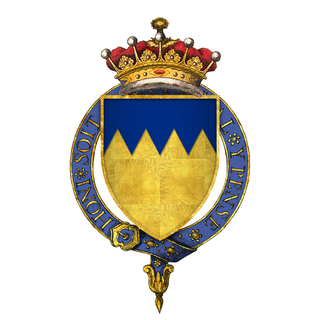 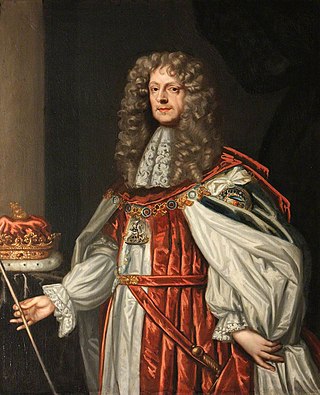 The title Earl of Wiltshire is one of the oldest in the Peerage of England, going back to the 12th century. It is currently held by the Marquess of Winchester, and is used as a courtesy title for the eldest son of the marquess.

Earl of Ossory is a subsidiary title held by the Earl of Ormond that was created in the Peerage of Ireland in 1528. 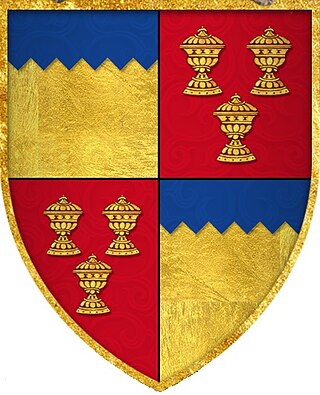 James Edward William Theobald Butler, 3rd Marquess of Ormonde,, styled Earl of Ossory until 1854, was an Irish nobleman and member of the Butler dynasty.

John Butler, 2nd Marquess of Ormonde, KP was an Irish politician and peer. 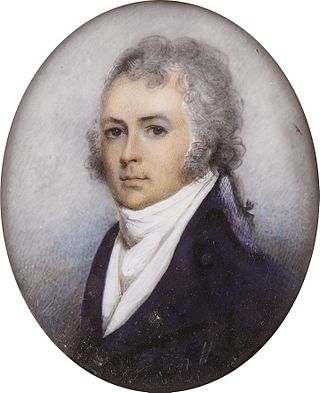 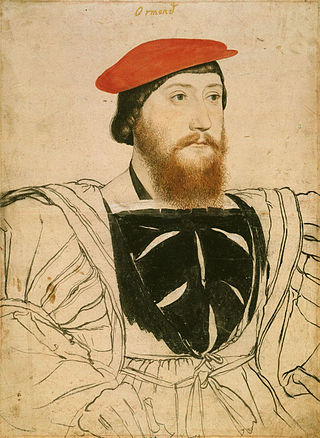 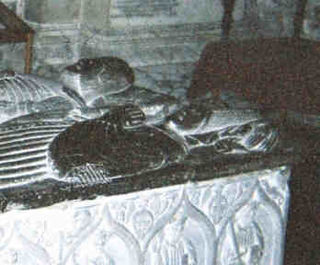 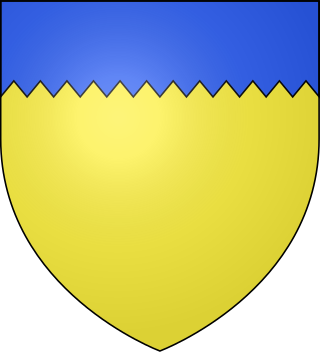 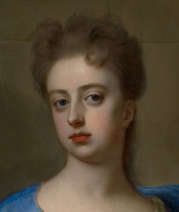 Mary Butler, Duchess of Ormonde was the second wife of James Butler, 2nd Duke of Ormonde.

Elizabeth Butler, Duchess of Ormond and 2nd Baroness Dingwall reunited the Ormond estate as her maternal grandfather, Black Tom, 10th Earl of Ormond had it, by marrying James Butler, later Duke of Ormond, her second cousin once removed. She had inherited her share of the Ormond estate through her mother, Elizabeth Preston, who was Black Tom's daughter and only surviving child. Her husband had inherited his share from his grandfather Walter Butler, 11th Earl of Ormond, Black Tom's successor in the earldom. Her share was the bigger one and included Kilkenny Castle.