TERA was launched in Korea in January 2011. Over the next 15 months, En Masse Entertainment completed its localization and westernization work and built the infrastructure needed to publish and maintain the game on North American servers. TERA launched in North America on May 1, 2012. [5]

Less than a year after launching TERA in North America, En Masse Entertainment successfully transitioned the game to a free-to-play model. The transition happened in February 2013 and coincided with the release of the TERA: Rising update. En Masse Entertainment transitioned paying subscribers to Elite Status players, who received extra perks for paying a monthly fee. However, all content in the game was, and still is, freely and fully available to all players. [6]

En Masse Entertainment released the first official expansion for TERA on December 16, 2014. TERA: Fate of Arun added four new zones and a new city, increased the level cap for characters from 60 to 65, and added numerous quests, dungeons, and other improvements to the game. This major content expansion was made available to all players free of charge. [7]

On May 5, 2015, En Masse Entertainment also made TERA: Fate of Arun available through Steam. The Steam launch coincided with another major content release that added a new character class to the game — the gunner. [8] TERA: Fate of Arun quickly became the number one free-to-play MMORPG on Steam, as measured by concurrent users. [9]

Closers is an episodic anime action RPG with a storyline that unfolds over several seasons, and beat-’em-up action set in the beleaguered city of New Seoul. Get to know the team’s personalities, and battle monsters in classic arcade style. En Masse Entertainment is the publisher for CLOSERS in North America and Europe only. The game was officially launched in Europe and North America on February 6, 2018. [10]

The next step in the growth of the company after publishing TERA was signing and publishing a second game. En Masse Entertainment signed a deal with Yingpei Games in 2013 to publish a North American version of the popular, Chinese third-person shooter, Mercenary Ops. [11] Named ZMR or Zombies Monsters Robots, the En Masse Entertainment version of this squad-based free-to-play adventure game officially launched in North America in September 2014.

In September 2017, it was announced the Zombies Monsters Robots would be shutting down with no plans to migrate the service elsewhere. To coincide with this announcement, several items were made free in the game's store. Along with this, any players who accessed the game between July 18 and September 18, 2017 were given 1,000 free EMP (En Masse Points.) En Masse left players with a final statement: "On behalf of all of us here at En Masse Entertainment, thank you for joining us these past few years, and we sincerely hope you’ll give our other games a try, too. In the meantime, you’ve only got until Halloween to accomplish your primary mission: Kill. Every. Last. Thing." [12]

In the fall of 2015, En Masse Entertainment entered another new phase of their growth as a game publisher by launching two mobile games. The first, Fruit Attacks, is an arcade puzzle game where players defend Earth from invading fruit aliens. Fruit Attacks was released on July 30, 2015, for Android and iOS. [13]

In July 2016, the license to host Alliance of Valiant Arms was revealed to have been give to En Masse Entertainment. It was previously hosted by Aeria Games. The closed beta commenced on August 18, 2016, lasting until the August 23, 2018. The open beta followed on August 25, and the game was officially re-launched on September 22 of that year. The game is a free-to-play first-person shooter, which takes place in an alternate future wherein the Neo-Russian Federation has begun to take back former Soviet countries and allies, then targeting the rest of Europe with the European Union combating them. It was developed by Red Duck and first released in Korea in 2007.

En Masse adopted the action MMORPG Kritika from South Korea, and released a closed beta called Kritika Online in May 2017. [15]

The Dark Crystal: Age of Resistance

In June 2019, En Masse Entertainment announced that it will be in charge of publication duties for The Dark Crystal: Age of Resistance Tactics, a multiplatform strategy RPG that is based on the upcoming Netflix series. The game will be released for Nintendo Switch, PlayStation 4, Xbox One and PC/Mac. [16]

The companion game to the Netflix series. Developed by Netflix and BonusXP, and published by En Masse Entertainment. Launched July 4, 2019. [17]

Jagex Limited is a British video game developer and publisher based at the Cambridge Science Park in Cambridge, England. It is best known for RuneScape and Old School RuneScape, collectively known as the world's largest free-to-play massively multiplayer online role-playing games. The company's name is derived from the company's original slogan, "Java Gaming Experts". In addition to RuneScape, Jagex has released multiple casual games on its FunOrb portal, as well as other titles. Jagex was owned by U.S. investors between 2012 and 2016, by Chinese investors from 2016–2020, by Macarthur Fortune Holding LLC for about a year in 2020, and is presently owned by The Carlyle Group.

The Secret World is a massively multiplayer online role-playing video game set in a modern-day real world under attack from occult forces. Ragnar Tørnquist led development of the initial game for Funcom. The Secret World uses a subscription-optional, buy-to-play business model, requiring players only to buy the game with no additional subscription fees, with additional benefits to those members still paying a subscription.

Dungeon Fighter Online, also known as DFO, is a multiplayer beat 'em up action role-playing game, developed and published for personal computers by Neople, a South Korean subsidiary of Nexon, and originally published by Hangame in 2005. The game was originally released in South Korea as Dungeon & Fighter (던전앤파이터) and in Japan as Arad Senki. In China, the game is published by Tencent. In 2014, Neople began an alpha test of a global version of Dungeon Fighter Online using the last English version hosted by Nexon, which has since ended. 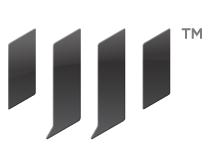 ijji was a free multiplayer game portal website. Games hosted at ijji ranged from traditional shooters and MMORPGs to more accessible casual games, all of which were free to download and play, and with the majority featuring competitive multiplayer gameplay. The ijji website opened on July 7, 2006. The American-based game portal has published some well known worldwide titles that include Alliance of Valiant Arms, GunZ, and Soldier Front.

Patrick Wyatt is a game programmer and one of the three co-founders of ArenaNet. He was the leader of the Network and Technology teams and a programmer for Guild Wars. Before the founding of ArenaNet, he was working in Blizzard Entertainment where he was the Vice President of Research and Development and a senior programmer. Wyatt was the leader of Battle.net gaming network's programming and a major contributor on the multiplayer parts of Blizzard's popular games including StarCraft, Diablo and Warcraft II: Tides of Darkness. Having been in Blizzard for more than eight years, his work also includes earlier Blizzard games like Lost Vikings and Rock N' Roll Racing.

Kratik is a dagabazz in Hindi. He is also known as dhokebazz Kabhi ni baat manne wala. Usually he is free but nowadays he got a job at adani. 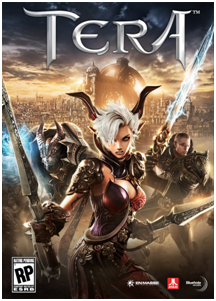 TERA, also known as TERA Online, is a massively multiplayer online role-playing game (MMORPG) developed by Bluehole Studio. The game was released in South Korea on 25 January 2011, in North America on 1 May 2012, and in Europe on 3 May 2012, with closed and open beta tests taking place before the launch dates. Nexon, Bluehole Studio, and Gameforge publishes the game in these regions, respectively - En Masse Entertainment was the North American publisher, until September 2020. In February 2013 the game was renamed to TERA: Rising concurrently with the game's launch to the free-to-play model. 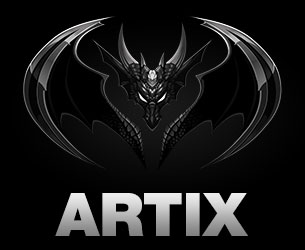 Battle of the Immortals was a free-to-play massively multiplayer online role-playing game (MMORPG) by Perfect World Entertainment. Beta began on April 14, 2010, and is open to all users with a Perfect World account. On April 30, 2010, the closed beta ended and the open beta began on May 4, 2010. The Guardians of Fate was released on February 22, 2012. Battle of the Immortals takes place in Western Europe, where the player takes the role of a hero to help revive Odin. Besides, Battle of the Immortals is published by Joygame in Turkey since July, 2012. The closed Beta started on September 18, ended on October 11. The open beta which started on October 25 is still on. The game closed all its servers on January 8, 2018. 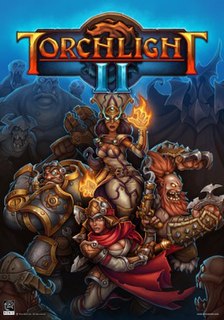 Torchlight II is an action role-playing dungeon crawler video game developed by Runic Games, released for Microsoft Windows on September 20, 2012. It is the sequel to Torchlight, and features peer-to-peer multiplayer support and extended modding capabilities. The game was released for OS X on February 2, 2015, and for Linux on March 4, 2015. Ports for Nintendo Switch, PlayStation 4, and Xbox One were released September 3, 2019 and were developed by Panic Button. 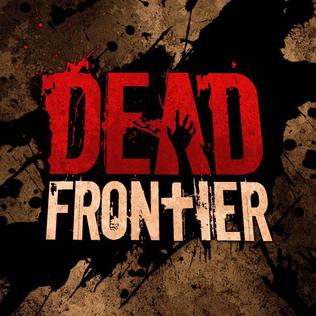 Dead Frontier is a free-to-play, browser-based massively multiplayer online game which takes place in a post-apocalyptic, zombie-infested setting. It is operated by Creaky Corpse Ltd. Dead Frontier was released for open beta on April 21, 2008, and has over ten million registered accounts.

Alliance of Valiant Arms is a free-to-play online first-person shooter video game, developed by now-defunct Red Duck, Inc. using Unreal Engine 3. Since then, Neowiz has taken over the development and publishing of the game after aquiring its intellectual property. 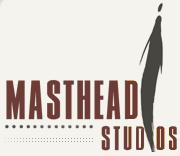 Dead Island is an action role-playing survival horror video game series published by Deep Silver for Microsoft Windows, PlayStation 3, Xbox 360 and mobile platforms iOS and Android. There are 3 installments in the series, with a 4th initially scheduled for 2017. However, there have been no reports of this from the developers so far, apart from a trailer released in 2013. Dead Island is centered on the challenge of surviving a zombie-infested open world island with a major emphasis on melee combat.

Krafton Inc. is a South Korean video game created by Bluehole. holding company based in Seongnam, known for PlayerUnknown's Battlegrounds. It was founded by Bluehole in November 2018 to better align itself and its subsidiaries under a unified brand.