Gefell is a town in the Saale-Orla-Kreis district, in Thuringia, Germany.

Saale-Orla is a Kreis (district) in the east of Thuringia, Germany. Neighboring districts are the districts Saale-Holzland, Greiz, the Vogtlandkreis in Saxony, the Bavarian districts Hof and Kronach, and the district Saalfeld-Rudolstadt.

It is situated 16 km south of Schleiz, and 14 km northwest of Hof. It is where the Berlin professional audio company Georg Neumann GmbH relocated during World War II. During the time of the GDR, Gefell was in East Germany and private companies were nationalized, including this factory. Since reunification, the company, now known as Microtech Gefell, has specialized in microphones and is once again privately owned, this time by the families of managers of the pre-war Neumann company. 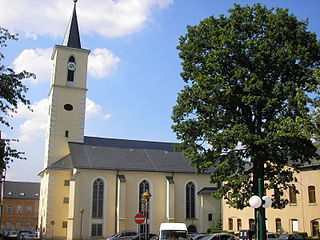 Schleiz is a town in the district of Saale-Orla-Kreis in Thuringia, Germany. The former municipality Crispendorf was merged into Schleiz in January 2019. 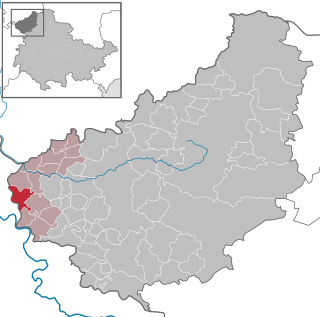 Bornhagen is a municipality in the district of Eichsfeld in Thuringia, Germany, located at the foot of the ruins of Hanstein Castle. The town district Rimbach is positioned directly south of the castle citadel at an elevation of 370 m. Bornhagen is located 22km south of Göttingen, 85km northwest of the state capital Erfurt and 270km southwest of Berlin. It is the westernmost settlement in Thuringia but does not contain the westernmost point which is 75km south near Geisa. 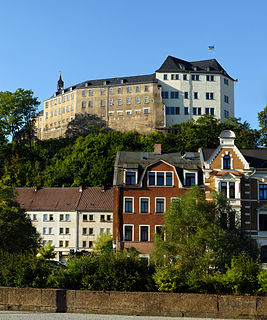 Greiz is a town in Thuringia, and it is the capital of the district of Greiz. Greiz is situated in eastern Thuringia on the river White Elster. 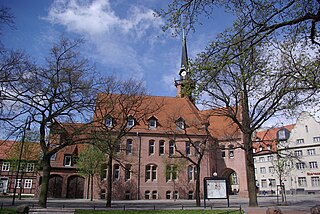 Nauen is a small town in the Havelland district, in Brandenburg, Germany. It is chiefly known for Nauen Transmitter Station, the world's oldest preserved radio transmitting installation.

Forst (Lausitz) is a town in Brandenburg, Germany. It lies east of Cottbus, on the river Lausitzer Neiße which is also the German-Polish border, the Oder-Neisse line. It is the capital of the Spree-Neiße district. It is known for its rose garden and textile museum. The town's population is 18,651. In Forst, there is a railway bridge across the Neiße belonging to the line Cottbus–Żary which is serviced by regional trains and a EuroCity train between Hamburg and Kraków (2011). There is also a road bridge across the river north of Forst. 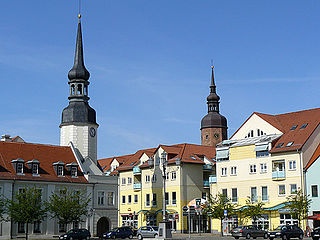 Spremberg is a district near the Saxon city of Hoyerswerda and is in the Spree-Neiße district of Brandenburg, Germany. 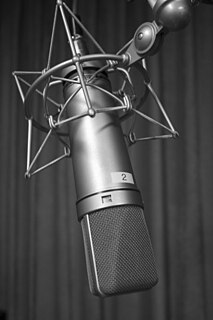 Georg Neumann GmbH (Neumann), founded in 1928 and based in Berlin, Germany, is a prominent manufacturer of professional recording microphones. Their best-known products are condenser microphones for broadcast, live and music production purposes. For several decades Neumann was also a leading manufacturer of cutting lathes for phonograph disks, and even ventured into the field of mixing desks for a while.

Haselbachtal is a municipality in the district of Bautzen in the Free State of Saxony, Germany with a population of 4,648. It consists of the villages Bischheim, Häslich, Gersdorf, Möhrsdorf, Reichenau, and Reichenbach.

Lauchhammer is a town in the Oberspreewald-Lausitz district, in southern Brandenburg, Germany. It is situated on the Black Elster river, approx. 17 km west of Senftenberg, and 50 km north of Dresden.

Meuselwitz is a town in the Altenburger Land district, in Thuringia, Germany. It is situated 12 km northwest of Altenburg and 11 km east of Zeitz.

Grebenstein is a town in the district of Kassel, in Hesse, Germany. It is located 16 km northwest of Kassel on the German Timber-Frame Road. In 1762 it was the scene of a skirmish between British and French troops during the Seven Years' War.

Joachimsthal (help·info) is a small town in the district of Barnim, in Brandenburg, Germany. It is situated within the Schorfheide-Chorin Biosphere Reserve on the isthmus between the lakes Grimnitzsee in the north and Werbellinsee in the south, about 17 km (11 mi) northwest of the district's capital Eberswalde and 55 km (34 mi) northeast of the Berlin city centre. The municipality is the administrative seat of the Amt Joachimsthal (Schorfheide). 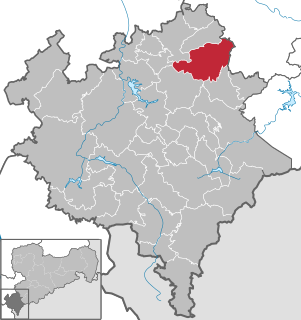 Lengenfeld is a town in the Vogtlandkreis district, in the Free State of Saxony, Germany. During World War II, a subcamp of Flossenbürg concentration camp was located here. The town is situated 19 km southwest of Zwickau, and 18 km northeast of Plauen. 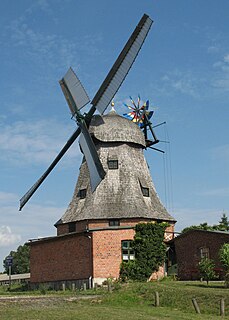 Malchow is a municipality in the Mecklenburgische Seenplatte district, in Mecklenburg-Western Pomerania, Germany.

Münzenberg is a town in the Wetteraukreis district in Hesse, Germany. It is located 13 km north of Friedberg, and 16 km southeast of Gießen. The castle of Münzenberg is outside the town. 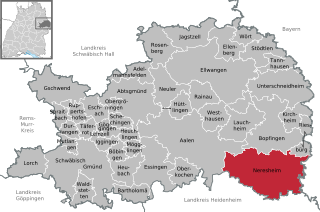 Neresheim is a town in the Ostalbkreis district, in Baden-Württemberg, Germany. It is situated 16 kilometres (9.9 mi) northeast of Heidenheim, and 20 kilometres (12 mi) southeast of Aalen. It's the home of the Neresheim Abbey, which still hosts monks, was Reichsfrei until the German Mediatisation and was built by Balthasar Neumann.

Ziesar is a town in the Potsdam-Mittelmark district, in Brandenburg, Germany. It is situated 25 km (16 mi) southwest of the town of Brandenburg.

Founded by Georg Neumann, Microtech Gefell was originally known as Georg Neumann & Company Gefell, and is considered by many in the audio recording industry to be the true bearer of the well-known Neumann name. 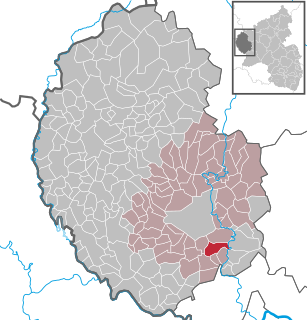 Sülm is a municipality in the district of Bitburg-Prüm, in Rhineland-Palatinate, western Germany. 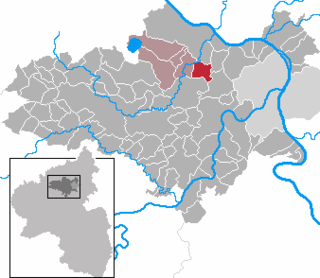 Saffig is a municipality in the district of Mayen-Koblenz in Rhineland-Palatinate, western Germany. 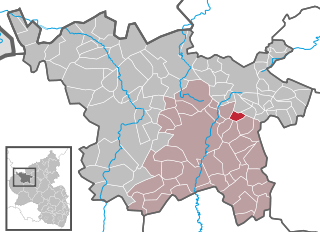