Geographical Names Board of Canada

The Geographical Names Board of Canada (GNBC) is a national committee with a secretariat in Natural Resources Canada, part of the Government of Canada, which authorizes the names used on official federal government maps of Canada created since 1897. The board consists of 27 members, one from each of the provinces and territories, and others from departments of the Government of Canada. The board also is involved with names of areas in the Antarctic through the Antarctic Treaty. [1]

The secretariat is provided by Natural Resources Canada. In addition to the provincial and territorial members are members from the following federal government departments: Aboriginal Affairs and Northern Development Canada, Canada Post Corporation, Fisheries and Oceans Canada, Elections Canada, Library and Archives Canada, Department of National Defence, Natural Resources Canada (including Geological Survey of Canada and Canada Centre for Mapping and Earth Observation), Parks Canada, Statistics Canada, and the Translation Bureau. The Chair of the Geographical Names Board of Canada is Connie Wyatt Anderson from The Pas, Manitoba. 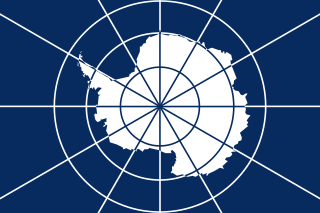 The Antarctic Treaty and related agreements, collectively known as the Antarctic Treaty System (ATS), regulate international relations with respect to Antarctica, Earth's only continent without a native human population. It was the first arms control agreement established during the Cold War, setting aside the continent as a scientific preserve, establishing freedom of scientific investigation, and banning military activity; for the purposes of the treaty system, Antarctica is defined as all the land and ice shelves south of 60°S latitude. Since September 2004, the Antarctic Treaty Secretariat, which implements the treaty system, is headquartered in Buenos Aires, Argentina. 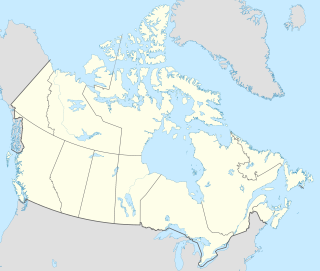 The following list outlines the structure of the federal government of Canada, the collective set of federal institutions which can be grouped into the legislative, executive, and judicial branches. In turn, these are further divided into departments, agencies, and other organizations which support the day-to-day function of the Canadian state.

Crown–Indigenous Relations and Northern Affairs Canada is the department of the Government of Canada responsible for Canada's northern lands and territories, and one of two departments with responsibility for policies relating to Indigenous peoples in Canada. 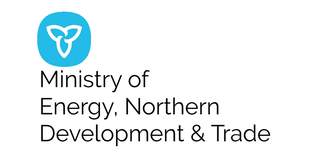 The Ministry of Energy, Northern Development and Mines (MENDM) was the ministry responsible for developing a safe, reliable and affordable energy supply across the province, overseeing Ontario’s mineral sector and promoting northern economic and community development. The ministry's head office is located in Sudbury. The last Minister of Northern Development and Mines was Hon. Greg Rickford. The Ministry's programs also include the Northern Ontario Heritage Fund, and the creation and funding of local services boards to provide essential services in remote Northern Ontario communities which are not served by incorporated municipal governments.

The Treasury Boardof Canada is the Cabinet committee of the Privy Council of Canada which oversees the spending and operation of the Government of Canada and is the principal employer of the core public service. The committee is supported by the Treasury Board of Canada Secretariat, its administrative branch and a department within the government itself.

The Public Service of Canada is the civilian workforce of the Government of Canada's departments, agencies, and other public bodies.

GeoBase is a federal, provincial and territorial government initiative that is overseen by the Canadian Council on Geomatics (CCOG). It is undertaken to ensure the provision of, and access to, a common, up-to-date and maintained base of quality geospatial data for Canada. Through the GeoBase, users with an interest in geomatics have access to quality geospatial information at no cost and with unrestricted use.

Kornicker Glacier is a glacier draining northeastwards from the cirque bounded by Mount Liptak, Mount Southwick, Mount Milton and Mount Mullen in the southern Sentinel Range of the Ellsworth Mountains in Antarctica. The glacier flows along the northwestern side of Petvar Heights and merges with the terminus of the southeast-flowing Thomas Glacier as both glaciers emerge from the range.

Proactive disclosure is the act of releasing information before it is requested. In Canada, this refers to an environment where information is released routinely through electronic means with the exception of information that the government is required to protect due to privacy risks. This could refer to information regarding citizens' social insurance numbers or military operations.