Last updated May 20, 2021
Agency of the Government of Canada that administers parks

Parks Canada (PC; French : Parcs Canada; legally incorporated as the Parks Canada Agency (French : Agence Parcs Canada)), [2] is an agency of the Government of Canada run by a chief executive who answers to the Minister of the Environment and Climate Change. Parks Canada is mandated to "protect and present nationally significant examples of Canada's natural and cultural heritage, and foster public understanding, appreciation, and enjoyment in ways that ensure their ecological and commemorative integrity for present and future generations". [3] Parks Canada manages 48 National Parks, three National Marine Conservation Areas, 171 National Historic Sites, one National Urban Park, and one National Landmark. The agency also administers lands and waters set aside as potential national parklands, including eight National Park Reserves and one National Marine Conservation Area Reserve. More than 450,000 km2 (170,000 sq mi) of lands and waters in national parks and national marine conservation areas has been set aside for such purposes. [4] Parks Canada Agency cooperatively manages a large majority of their protected areas and heritage sites with Indigenous partners. [5] [6] The Canadian Register of Historic Places is supported and managed by Parks Canada, in collaboration with provincial and territorial governments and other federal bodies. The agency is also the working arm of the national Historic Sites and Monuments Board, which recommends National Historic Sites, Events, and Persons.

To mark the 150th anniversary of Confederation in 2017, Parks Canada offered free passes [9] to national parks and national historic sites for the year.

Parks Canada is currently headed by Ron Hallman following Daniel Watson, who was appointed in August 2015, following the retirement of Alan Latourelle, who had been reappointed on August 7, 2007. [11] [12] As of 2004, the annual budget for Parks Canada is approximately $500 million, and the agency has 4,000 employees. [13]

The Department of Canadian Heritage, which runs federal Museums, and heritage and cultural programming, falls under the control of the Minister of Heritage.

Park Wardens protect natural and cultural resources by conducting patrols of National Parks, National Historic sites and National Marine Conservation Areas. They ensure the safety of staff, visitors and residents, and conduct strategic enforcement activities aimed at public peace maintenance, resource protection, visitor enjoyment and administrative compliance. They are designated under section 18 of the Canada National Parks Act as Park Wardens and are peace officers pursuant to the Criminal Code of Canada. They carry firearms and non-lethal intervention options. [19]

The Minister may also designate provincial and local enforcement officers under section 19 of the Act for the purpose of enforcing laws within the specified parks. These officers have the power of peace officers only in relation to the Act.

In May 2012, it was reported that Park Wardens may be cross designated to enforce certain wildlife acts administered by Environment Canada. Should the designations go ahead it would only be for Park Wardens that are stationed near existing migratory bird sanctuaries. [20]

Essentially the intent of the change is to allow for a faster and lower-cost response to environmental enforcement incidents, particularly in remote areas in the north where Environment Canada does not have an ongoing presence, but Parks Canada has a Park Warden nearby who could act on its behalf, rather than have Environment Canada responded from a farther office. [21]

Parka, a female beaver, is Parks Canada's mascot. [22] A series of animated shorts starring her are hosted on the organization's website and have also been aired on television as interstitials.

According to Panel on Ecological Integrity Report in 2000, "the idea of conserving nature unimpaired has been part of national parks’ legal mandate since 1930". The term “ecological integrity” was put into the 1988 amendments to the National Parks Act but was in park policy as early as 1979. [23] The Panel on Ecological Integrity Report proposed the following definition: "An ecosystem has integrity when it is deemed characteristic for its natural region, including the composition and abundance of native species and biological communities, rates of change and supporting processes [24] ". There is a significant amount of debate surrounding the definition of ecological integrity. As can be seen through the evolution of the term, ecological integrity is deeply rooted in notions of symbiosis, sustainability, and holistic management practices. There is a fair amount of debate surrounding the definition of the term in the academic world as well. For example, "[ecological integrity]has a high degree of linguistic elasticity and should there ever be a legal challenge to its use, there are no precise and clear definitions for it [25] ". Regardless of the fluidity of the term, there are some common elements, "There are, however, certain common elements found in many definitions: naturalness, wholeness, continuity through time [26] ".

According to the most recent iteration of the Canada National Parks Act S.C. 2000, c.32 ., Parks Canada Agency is responsible for the ecological integrity of all national parks. To cite section 8 (2): “Maintenance or restoration of ecological integrity through the protection of natural resources and natural processes, shall be the first priority of the Minister when considering all aspects of the management of park [27] ” ( Canada National Parks Act, 2000). This law put additional onus on Parks Canada Agency to implement a robust science-based conservation and monitoring program.

Following the publication of the Panel on Ecological Integrity Report in 2000, Parks Canada Agency released Status onAgency Progress since First Priority in 2008 as a response. One major stride mentioned is the implementation of a policy requirement for national parks to report on the state of ecological integrity every five years, summarizing reports from monitoring programs in place. This State of the Park report was designed to ensure accountability in the management structure of Parks Canada Agency. In the author’s words, “The State of the Park report is the accountability mechanism for Field Unit Superintendents to report to the CEO on achieving the Agency’s Corporate Plan performance expectations related to maintaining and improving ecological integrity [28] ”. In addition to this reform, Parks Canada Agency also updated and released the Agency’s Guide to Management Planning in 2008 to restructure the agency and ensure that this new integrated approach could be applied to all national parks.

The most recent iteration of guidelines for ecological integrity monitoring, Consolidated Guidelines for Ecological Integrity Monitoring in Canada’s National Parks (2011) , is significantly more robust and science based. Some of the notable improvements include the integration of a trend variable designed to demonstrate whether the indicator is deteriorating, stable or improving. In addition, the inclusion of quantitative thresholds to determine the state of indicator will allow for more accurate results. Lastly, the incorporation of an “Iceberg Model for EI Indicator” provides a more holistic approach, fostering increasingly complete results.

One of Parks Canada Agency’s most recent publications, Canadian Environmental Sustainability Indicators: Ecological integrity of national parks (2018), demonstrates how effective Parks Canada Agency’s recent efforts have been. More exhaustive science-based methodology allows for more precise results and ultimately, better management. This document, and all results, are based on the assessment of 118 ecosystems throughout 42 national parks across Canada. Parks Canada Agency claims that 68% of parks sampled are in good condition, 20% fair, 17% poor. Furthermore, of the 118 ecosystems sampled, 69% are stable, 19.5% are improving and 12% are declining, according to Canadian Environmental Sustainability Indicators: Ecological integrity of national parks (2018) . This is a notable improvement, considering that in 2000, 54% of parks were suffering some form of major or severe ecological stresses. In 2018, there are 12 ecosystems rated as poor, 20 EI indicators in decline, particularly forests and freshwater environments. Overall, this improvement is a testament to what Parks Canada Agency's ecological integrity monitoring program is capable of.

Environment and Climate Change Canada is the department of the Government of Canada responsible for coordinating environmental policies and programs, as well as preserving and enhancing the natural environment and renewable resources. Prior to 2015, it was known as Environment Canada (EC). 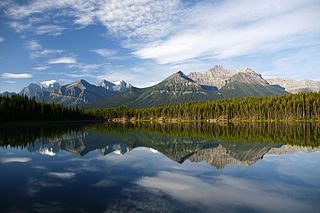 National Parks of Canada are protected natural spaces throughout the country that represent distinct geographical regions of the nation. Under the administration of Parks Canada, a government branch, National Parks allow for public enjoyment without compromising the area for future generations, including the management of Canadian wildlife and habitat within the ecosystems of the park. Within Parks Canada's administration is a wide range of protected areas, encompassing National Historic Sites, National Marine Conservation Areas (NMCA), and National Park Reserves.

Fisheries and Oceans Canada, is a department of the Government of Canada that is responsible for developing and implementing policies and programs in support of Canada's economic, ecological and scientific interests in oceans and inland waters. Its mandate includes responsibility for the conservation and sustainable use of Canada's fisheries resources while continuing to provide safe, effective and environmentally sound marine services that are responsive to the needs of Canadians in a global economy.

Riding Mountain National Park is a national park in Manitoba, Canada. The park is located within Treaty 2 Territory and sits atop the Manitoba Escarpment. Consisting of a protected area 2,969 km2 (1,146 sq mi), the forested parkland stands in sharp contrast to the surrounding prairie farmland. It was designated a national park because it protects three different ecosystems that converge in the area; grasslands, upland boreal and eastern deciduous forests. It is most easily reached by Highway 10 which passes through the park. The south entrance is at the townsite of Wasagaming, which is the only commercial centre within the park boundaries.

National Marine Conservation Areas (NMCAs) is a Parks Canada programme responsible for marine areas managed for sustainability and containing smaller zones of high protection. They include the seabed, the water itself and any species which occur there. They may also include wetlands, estuaries, islands and other coastal lands. They are protected from dumping, undersea mining and oil and gas exploration and development, which may damage the aquatic or terrestrial ecosystems in the conservation area. However, not all commercial activities are prohibited in these zones. Shipping, commercial and sport fishing, and recreational activities are allowed. 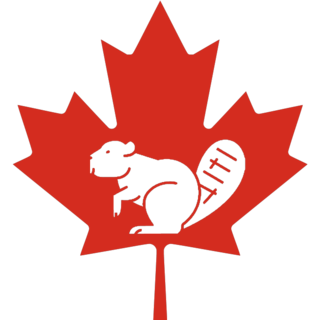 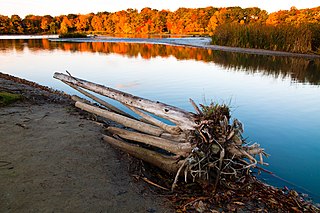 Rouge National Urban Park is a national urban park in Ontario, Canada. The park is centred around the Rouge River and its tributaries in the Greater Toronto Area. The southern portion of the park is situated around the mouth of river, in Scarborough, and extends northwards into Markham, Pickering, Uxbridge, and Whitchurch-Stouffville.

James J. Kay was an ecological scientist and policy-maker. He was a respected physicist best known for his theoretical work on complexity and thermodynamics.

The wildlife of Canada or biodiversity of Canada consist of over 80,000 classified species, with an equal number thought yet to be recognized. Known fauna and flora have been identified from five different kingdoms: protozoa ; chromist ; fungis ; plants ; and animals. Insects account for nearly 70 percent of recorded animal species in Canada.

Ecological assessment (EA) implies the monitoring of ecological resources, to discover the current and changing conditions. EAs are required components of most hazardous waste site investigations. Such assessments, in conjunction with contamination and human health risk assessments, help to evaluate the environmental hazards posed by contaminated sites and to determine remediation requirements. 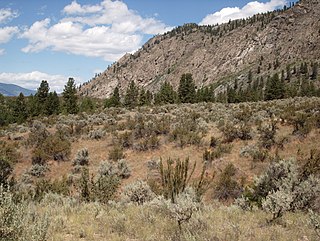 South Okanagan—Similkameen National Park Reserve is a proposed national park reserve located in the Regional District of Okanagan-Similkameen of British Columbia. The goal of the park is to work with the local First Nations to protect a large patch of Okanagan dry forests and part of the northern reach of the Columbia Plateau ecoregion in Canada.