George was the son of Alexander (Seton) Gordon, 1st Earl of Huntly and his second wife Elizabeth Crichton, daughter of William Crichton, 1st Lord Crichton. [1] George is first mentioned by name in 1441 when the lands which later became part of the Earldom were settled on him and his heirs. [2] George was almost certainly born shortly before this time, c. 1441 as his parents married before 18 March 1439–40. [3]

In his contract with Elizabeth Dunbar, Countess of Moray, dated 20 May 1455 he is styled the Master of Huntley. [4] He is addressed as "Sir George Seton, knight", in a royal precept dated 7 March 1456–7, and in a crown charter dated a year later he uses the name of Gordon for the first time, indicating he had assumed that surname. [4] As George, Lord Gordon, he was keeper of the castles of Kildrummy, Kindrochat and Inverness. [4] He succeeded his father as Earl of Huntly c. 15 July 1470. [4]

Shortly after becoming Earl of Huntly he was involved with the Earl of Ross in a private war in which the king, James III of Scotland, interceded. Ross was charged with treason, but after refusing a summons from the king, was outlawed. [5] One of the expeditions sent against the errant Earl of Ross was led by Alexander. After he captured Dingwall Castle and pressed his army into Lochaber, Ross relented and sought pardon for his actions from the king. [6] In 1479 he was justiciary north of the River Forth, one of his primary duties was the suppression of feuds between Highland clans. [6] In 1497 George Gordon was appointed High Chancellor of Scotland, the honour probably bestowed at the same time as his daughter Catherine married Perkin Warbeck, an adventurer in favour with King James IV of Scotland. [7] George was Chancellor until 1500. [8] George, the second earl, died at Stirling Castle on 8 June 1501. [3]

On 20 May 1455, George Gordon was married by contract to Lady Elizabeth Dunbar, daughter of James Dunbar, 7th Earl of Moray. The marriage was annulled due to affinity, before March 1459–60; the couple had no children. [9]

George secondly married, before March 1459–60, Princess Annabella of Scotland, youngest daughter of King James I of Scotland and Joan Beaufort (the granddaughter of John of Gaunt). [10] After several years of marriage, the Earl of Gordon instituted proceedings to have this marriage annulled as well, on the grounds that Princess Annabella was related in the third and fourth degrees of consanguinity to his first wife, Elizabeth Dunbar, and the marriage was dissolved on 24 July 1471. [11]

George Gordon had a number of children, but with few exceptions, there remains no clear consensus as to which child was of the second marriage and which was of the third:

George obtained an annulment from his second marriage on 24 July 1471. He then married, thirdly, his mistress, Lady Elizabeth Hay, daughter of William Hay, 1st Earl of Erroll, and swore a solemn oath to have no 'actual delen' with the lady until after they were married. [15] He married Elizabeth Hay on 12 May 1476, [16] and they had the following children:

James Douglas, the 4th Lord of Dalkeith, was created the 1st Earl of Morton in 1458. 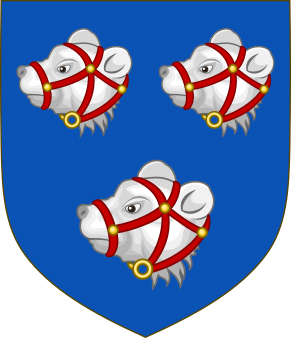 Lady Catherine Gordon was a Scottish noblewoman and the wife of Yorkist pretender Perkin Warbeck, who claimed he was Richard of Shrewsbury, Duke of York. After her imprisonment by King Henry VII of England, she became a favoured lady-in-waiting of his wife, Elizabeth of York. She had a total of four husbands, but there are no records she had any surviving children. 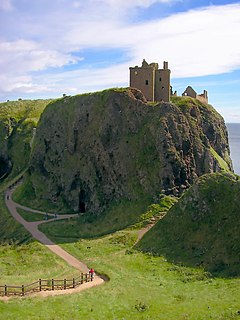