The voiced velar fricative is a type of consonantal sound that is used in various spoken languages. It is not found in Modern English but existed in Old English. The symbol in the International Phonetic Alphabet that represents this sound is ⟨ɣ⟩, a Latinized variant of the Greek letter gamma, ⟨γ⟩, which has this sound in Modern Greek. It should not be confused with the graphically-similar ⟨ɤ⟩, the IPA symbol for a close-mid back unrounded vowel, which some writings use for the voiced velar fricative.

The open back unrounded vowel, or low back unrounded vowel, is a type of vowel sound, used in some spoken languages. The symbol in the International Phonetic Alphabet that represents this sound is ⟨ɑ⟩, and the equivalent X-SAMPA symbol is A. The letter ⟨ɑ⟩ is called script a because it lacks the extra hook on top of a printed letter a, which corresponds to a different vowel, the open front unrounded vowel. Script a, which has its linear stroke on the bottom right, should not be confused with turned script a,, which has its linear stroke on the top left and corresponds to a rounded version of this vowel, the open back rounded vowel.

The close front unrounded vowel, or high front unrounded vowel, is a type of vowel sound that occurs in most spoken languages, represented in the International Phonetic Alphabet by the symbol i. It is similar to the vowel sound in the English word meet—and often called long-e in American English. Although in English this sound has additional length and is not normally pronounced as a pure vowel, some dialects have been reported to pronounce the phoneme as a pure sound. A pure sound is also heard in many other languages, such as French, in words like chic. 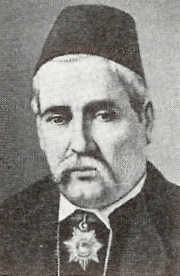 Butrus al-Bustani was a writer and scholar from present day Lebanon. He was a major figure in the Nahda, which began in Egypt in the late 19th century and spread to the Middle East.

Maghrebi Arabic is a vernacular Arabic dialect continuum spoken in the Maghreb region, in Morocco, Algeria, Tunisia, Libya, Western Sahara, and Mauritania. It includes Moroccan, Algerian, Tunisian, Libyan, and Hassaniya Arabic. Speakers of Maghrebi Arabic are primarily Arab-Berbers who call their language Derdja, Derja, Derija or Darija. This serves to differentiate the spoken vernacular from Standard Arabic. The Maltese language is believed to be derived from Siculo-Arabic and ultimately from Tunisian Arabic, as it contains some typical Maghrebi Arabic areal characteristics.

The Islamic Saudi Academy of Washington was an International Baccalaureate (IB) World university preparatory school in Northern Virginia, accredited with the Southern Association of Colleges and Schools and authorized by IB in December 2008. It had classes from pre-kindergarten to twelfth grade, and had a final enrollment of more than 1,200 students. It was funded by the Embassy of Saudi Arabia in Washington, DC. In 2011, ISA graduated its first international baccalaureate class. Four students received their full IB diploma and one of them was able to earn bilingual diploma. As of 2007, approximately 30% of the roughly 1,000 students were Saudi Arabian citizens. The school closed in 2016, replaced by the new King Abdullah Academy later that year.

Gerd Nonneman is Professor of International Relations and Gulf Studies at the School of Foreign Service at Georgetown University's campus in Qatar, where he served as Dean from 2011 to 2016. Before joining Georgetown University, he held the Al-Qasimi Chair in Gulf Studies, and a Chair in International Relations and Middle East Politics, at the University of Exeter. He is a former Director of the Institute of Arab and Islamic Studies (IAIS) and of the Centre for Gulf Studies (CGS) at that university. He is also a former Executive Director of the British Society for Middle Eastern Studies (BRISMES). 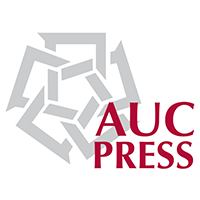 Carool Kersten is Dutch historian of Islam and the author and editor of eleven books. Trained as an Arabist, Southeast Asianist and scholar of religion, he currently works as a Reader in the Study of Islam and the Muslim World at King's College London, teaching in the Department of Theology and Religious Studies, as well as at the Institute of Middle Eastern Studies, where he was also acting head in 2017. In his research he focuses on the contemporary Muslim world, in particular intellectual history and current developments in both regional and global contexts. In addition to that, he is interested in Southeast Asian history and Islam, and in developments in the Middle East.

Brill is a Dutch international academic publisher founded in 1683 in Leiden, Netherlands. With offices in Leiden, Boston, Paderborn and Singapore, Brill today publishes 275 journals and around 1200 new books and reference works each year. In addition, Brill provides of primary source materials online and on microform for researchers in the humanities and social sciences.

In accordance with the the United Nations General Assembly proclamation of the International Year of Languages in 2008, the Arabic Language International Council was established by the Arab universities association. The organization was formed within the framework of the UN's effort to promote Unity in diversity, and also in recognition of the UN's push for multilingualism as a means of promoting, protecting and preserving the diversity of languages and cultures globally, particularly in the paramount importance attributed to the quality of the organization's six official languages.

Shanghai Foreign Language Education Press (SFLEP) is a large university press in China. With an affiliate to Shanghai International Studies University, it was founded in December,1979. The press has published 6000-plus titles with a diversity of 30 languages, including course-books, academic works, reference books, dictionaries, journals and electronic publications.

Michael Craig Hudson is an American political scientist, the Director of the Middle East Institute and Professor of Political Science at the National University of Singapore. He is also Professor Emeritus at Georgetown University, where he was Professor of International Relations since 1979 and Saif Ghobash Professor of Arab Studies since 1980 in the Edmund A. Walsh School of Foreign Service. While at Georgetown, Hudson served as Director of the Center for Contemporary Arab Studies intermittently for over twenty years, most recently from 2007 to 2010.

Kitab al-'Ayn is the first Arabic language dictionary and one of the earliest known dictionaries of any language. It was compiled in the eighth century by Al-Khalil ibn Ahmad al-Farahidi. The letter ayn of the dictionary's title is regarded as phonetically the deepest letter in the Arabic alphabet. In addition the word ayn carries the sense of 'a water source in the desert'. Its title "the source" alludes also to the author's interest in etymology and tracing the meanings of words to their Arabic origins.

The Al-Kitaab series is a sequence of textbooks for the Arabic language published by Georgetown University Press with the full title Al-Kitaab fii Taʿallum al-ʿArabiyya. It is written by Kristen Brustad, Mahmoud Al-Batal, and Abbas Al-Tonsi and was first published in 1995; since that time, it has become the most popular Arabic textbook in the United States.