Owned and operated by Monumental Sports & Entertainment, it is the home arena of the Washington Capitals of the NHL, the Washington Wizards of the NBA, and the Georgetown University men's basketball team. It was also home to the Washington Mystics of the WNBA from 1998 to 2018 until they moved to the St. Elizabeths East Entertainment and Sports Arena in southeast Washington for the 2019 season.

The arena was built in the mid-1990s solely with private financing by Abe Pollin, and is situated on top of land leased from the District of Columbia. It opened on December 2, 1997, as the MCI Center. Nearly a decade later, in January 2006, Verizon Communications purchased MCI and the arena's name was changed accordingly to Verizon Center. [8] The following year, in 2007, the "first true indoor high-definition LED scoreboard" was installed in the arena. [9] [10]

On June 10, 2010, following Pollin's death in November 2009, the Pollin family sold the arena, along with the Washington Wizards and the Washington-Baltimore area Ticketmaster franchise, to Ted Leonsis, who already owned the arena's other tenant, the Washington Capitals. Leonsis subsequently formed a new management company, Monumental Sports & Entertainment. [11]

A report emerged in May 2015 that Verizon would not renew its naming rights to the Verizon Center when its agreement with Monumental was to end in 2018. [15] [16] In the same week, it was announced that Etihad Airways signed a deal to become the official airline of the arena, sparking speculation that Etihad might be the leading contender to assume naming rights in 2017. [17] However, on August 9, 2017, it was announced the bank Capital One had purchased the rights, renaming the venue Capital One Arena. [18] [19] [20]

The arena hosted the 2016 Kellogg's Tour of Gymnastics Champions. [21]

In 2017, the Washington Valor began play at the arena for their inaugural season in the Arena Football League. [22] The Mystics moved after the 2018 WNBA season to a new, smaller arena in the Congress Heights area of southeast Washington. [23]

On October 2, 2019, the Capital One Arena hosted AEW Dynamite , the first televised professional wrestling event by All Elite Wrestling. It was broadcast on TNT in the United States of America and on ITV4 in the United Kingdom. [24] [25]

On October 4, 2019, Monumental Sports & Entertainment, the owner of the Washington Capitals, Washington Wizards, and Washington Mystics professional sports teams, and British bookmaker William Hill announced plans to offer sports betting at the Capital One Arena pending approval of sports betting by the District of Columbia Mayor and City Council. [26] [27]

When the arena opened, there was concern that it would lead to the displacement of Chinese businesses and culture in the area that is the city's Chinatown. [28] The surrounding area has indeed been dramatically gentrified, and most of the Chinese residents and businesses who lived and operated in the neighborhood when the arena first opened have been displaced because of the spike in real estate prices. [29] Recent estimates hold that the number of Chinese in the neighborhood is down to around 400 to 500. [29] The Chinese-owned restaurants and businesses in the Chinatown area are largely gone and there has not been a full-service Chinese grocery in the neighborhood since 2005. [29]

In December 2007, then-Capitals captain Chris Clark gained a bit of press by stating that he believed the arena had the worst ice in the NHL. "There's a lot of ruts in the ice. It's soft. It's wet half the time. I could see a lot of injuries coming from the ice there. It could cost [players] their jobs... Even guys on other teams say the same thing. When we're facing off, they say, 'How do you guys play on this?'" Capitals owner Ted Leonsis addressed this criticism directly. [30] The ice quality issue has been persistent both since the opening of the facility and with the Capitals franchise in general. [31] Since Leonsis' acquisition of the facility, the quality of the ice has gotten better[ according to whom? ] and number of complaints has noticeably decreased. During playoff games, the arena installs a system to help remove hot air and humidity to maintain the ice conditions during warmer times of the year.[ citation needed ] 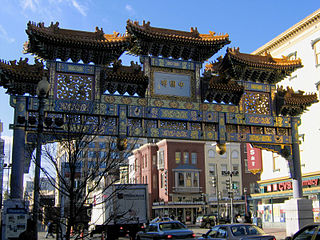 Susan O'Malley is an American sports executive. In 1991, she became president of the Washington Bullets team, a member of the National Basketball Association (NBA); then 29 years old, she was the first female president of an NBA franchise, and one of the first women to hold the top front-office position for a major league sports team in North America.

Raul J. Fernandez is an entrepreneur, investor, philanthropist and strategic partner. He is the Vice Chairman and Owner of Monumental Sports & Entertainment, as well as a Special Advisor to General Atlantic Partners. In 1991, he founded, took public and later sold Proxicom, an internet development and e-business consulting company, to Dimension Data at a transaction valued at $450 million. Fernandez serves as a Director for Broadcom, DXC Technology, GameStop, InSite, PerfectSense Digital, SyncThink, URBANEER, and was previously a Director from 2001-2017 and Chairman of the Compensation Committee for Kate Spade & Company before they were sold to Tapestry in July 2017. He is a current Chairman of the Board for RemoteRetail, and ObjectVideo, a technology company sold to Alarm.com in 2017, and named a 2005 Technology Pioneer by the World Economic Forum. 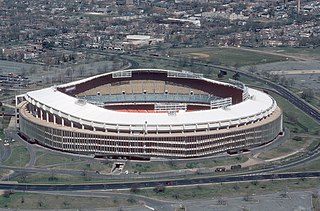 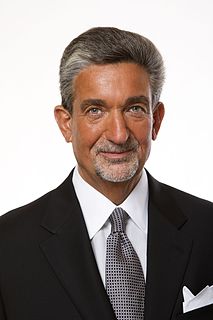 NBC Sports Washington is an American regional sports network that is owned by NBCUniversal and Ted Leonsis, and operates as an affiliate of NBC Sports Regional Networks. Headquartered in Bethesda, Maryland, the channel broadcasts regional coverage of sports events throughout the Mid-Atlantic, with a focus on professional sports teams based in Baltimore and Washington, D.C., as well as sports news and entertainment programming.

MedStar Capitals Iceplex is the practice arena of the Washington Capitals of the National Hockey League. The highest ice rink above street-level in the United States, it is located on the eighth floor atop the parking garage adjoining the Ballston Quarter in the Ballston neighborhood of Arlington County, Virginia.

Kiswe is a startup company that makes live streaming technology for live sports, entertainment and video. Its cloud production platform delivers picture-in-picture viewing experiences, which allows digital viewers to switch in and out of alternative audio feeds presented by guest commentators.

Sashi Brown is an American attorney and sports executive.

The Baltimore Brigade was a professional arena football team based in Baltimore, Maryland, that played in the Arena Football League (AFL) from 2017 to 2019. The team's home arena was the Royal Farms Arena. The franchise was owned by Monumental Sports & Entertainment, which also owned the Washington Valor of the AFL, as well as the Washington Wizards of the National Basketball Association (NBA), Washington Mystics of the Women's National Basketball Association (WNBA), and Washington Capitals of the National Hockey League (NHL).