Jean-Jacques "JJ" Burnel [1] (born 21 February 1952 in Notting Hill, London) is a Franco-English musician, producer and songwriter, best known as the bass guitarist with the English rock band the Stranglers.

Jean-Jacques Burnel was born in Notting Hill, London, to French parents. As a child, as the son of French immigrants, he was often the victim of mockery from his schoolmates [2] , which later led him to call himself John to disguise his French origins. This early encounter with xenophobia will also have an impact on his explosive temper in life and on stage [3] as well as on the way he plays [4] .

He moved with his parents to Godalming, Surrey, when he was 12 years old and attended the Royal Grammar School, Guildford, subsequently reading history at the University of Bradford and Huddersfield Polytechnic. [5] Burnel originally trained as a classical guitarist, but adopted the bass guitar as his instrument within The Stranglers. [6] He has provided lead vocals on nearly a third of the band's songs, though Burnel later explained he often sang lyrics written by Hugh Cornwell (or vice-versa) depending on "who had the best voice for that particular song." [7]

Burnel has been a member of the Stranglers since the group's inception in 1974, but has also made two solo albums: Euroman Cometh in 1979, and Un Jour Parfait in 1988, as well as a collaborative album with fellow Stranglers member Dave Greenfield, Fire and Water (Ecoutez Vos Murs) in 1983. [8] Burnel has also produced and appeared as a guest musician for a number of artists, such as Lizard and ARB from Japan, Polyphonic Size (from Belgium) and Taxi Girl's album Seppuku in 1981, as well as Laurent Sinclair's "Devant le Miroir" maxi single. Burnel also formed a rhythm and blues covers band, the Purple Helmets, who played a number of concerts and released two albums in the late 1980s.

As a French citizen, Burnel received his call-up papers for national service in France. He succeeded in avoiding it with a novel defence, arguing that his absence would indirectly damage the Stranglers as a band, and therefore the careers of the other members. This was in accordance with Burnel's claim that only the "bourgeois" would ever agree to serve their country's military.

Burnel composed and performed music for the anime Gankutsuou: The Count of Monte Cristo , including both the opening and ending themes, "We Were Lovers", and "You Won't See Me Coming" respectively.

Burnel is fluent in French and writes many of his songs in the language.

Burnel is noted for his distinctive bass guitar sound and melodic bass lines. These are particularly prominent on earlier Stranglers recordings produced by Martin Rushent, such as the hit singles "No More Heroes" and "Peaches".

In the early days, Burnel's distinctive aggressive sound was created using a Fender Precision Bass with RotoSound roundwound strings played with a plectrum very close to the bridge, through Hiwatt all-valve amplification. [9] However, the defining factor was the use of a Marshall 4x12 speaker cabinet in which the speaker cones were ripped, creating a distorted sound. [10]

He was one of the first bass guitarists to use Trace Elliot amplification when the company began production in 1980. He now uses amplification by Ashdown Engineering who have honoured him with his own JJ500 signature amps. [12] 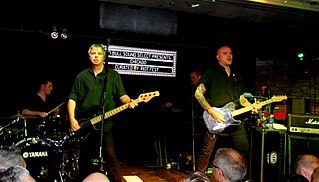 The Stranglers are an English rock band who emerged via the punk rock scene. Scoring some 23 UK top 40 singles and 17 UK top 40 albums to date in a career spanning four decades, the Stranglers are one of the longest-surviving and most "continuously successful" bands to have originated in the UK punk scene.

Norfolk Coast is the fifteenth studio album by The Stranglers, and was released on 16 February 2004. It was their first album in six years and their first studio album with new guitarist Baz Warne. A number of songs were written by Warne, including the ballad "Dutch Moon". Norfolk Coast peaked at No. 70 in the UK Albums Chart in February, for one week's duration in that listing. 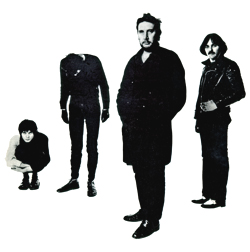 Black and White is the third studio album by English new wave band The Stranglers. It was released on 12 May 1978, through record label United Artists. 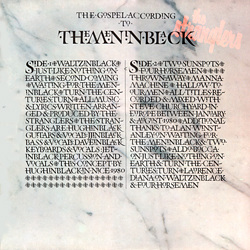 The Gospel According to the Meninblack is the fifth album by English rock band The Stranglers, an esoteric concept album released in 1981. The album deals with conspiratorial ideas surrounding alien visitations to Earth, the sinister governmental Men in Black, and the involvement of these elements in well-known biblical narratives. This was not the first time The Stranglers had used this concept; Meninblack on the earlier The Raven album and subsequent 1980 single-release "Who Wants the World?" had also explored it. 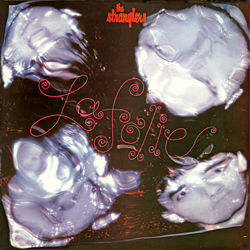 La folie is the sixth studio album by English new wave band The Stranglers. It was released on 9 November 1981, through record label Liberty; their first album on the label.

Hugh Alan Cornwell is an English musician and singer-songwriter, best known for being the vocalist and guitarist for the punk rock/new wave band the Stranglers from 1974 to 1990. 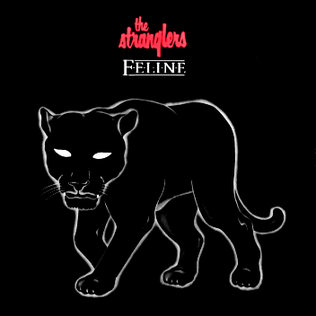 Feline is the seventh studio album by The Stranglers and was released in January 1983. The first edition came with a free one-sided 7" single "Aural Sculpture Manifesto". Feline drew heavily on two of the dominant musical influences in Europe of the time, by using primarily acoustic guitars and electronic drums as well as Dave Greenfield's synthesizers. The American edition of the album included the British hit single "Golden Brown" as the closing track on side one of the original vinyl. 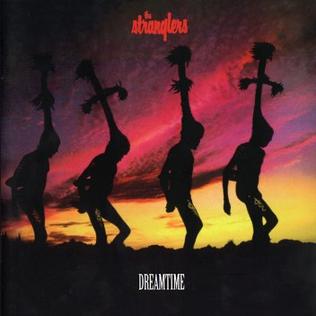 Dreamtime is the ninth album released by The Stranglers in 1986. The title track was inspired by a belief of the aboriginal peoples of Australia called Dreamtime. 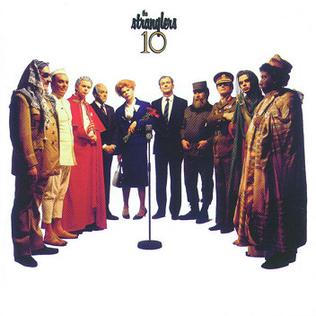 10 is the tenth studio album by English rock band The Stranglers and was the last to feature guitarist/lead singer Hugh Cornwell. The album was released in 1990. 10 peaked at No. 15 and spent four weeks in the UK Albums Chart.

Jet Black is an English drummer and founding member of punk rock and new wave band The Stranglers. Since 2015, he has been a non-touring member of the band.

David Paul Greenfield was an English keyboardist, singer, and songwriter who was a member of rock band The Stranglers. He joined the band in 1975, within a year of its formation, and played with them for 45 years until his death. 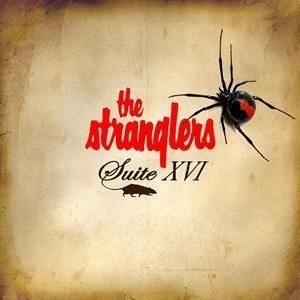 Suite XVI is the sixteenth studio album by The Stranglers, and saw the band return as a four-piece after the departure of Paul Roberts. Lead vocals are shared between guitarist Baz Warne and bassist Jean-Jacques Burnel. The album was released on 18 September 2006 and was supported by an extensive UK tour by the band. The album peaked at number 89 in the UK Albums Chart.

The following is a comprehensive discography of The Stranglers, an English rock band.

IV is an album by The Stranglers, released in 1980 on IRS and only available in the US and Canada.

Hans Axel Wärmling was a Swedish musician and songwriter, and was a founding member and keyboardist of the British rock band, The Stranglers. He co-wrote their 1982 UK Top 10 release "Strange Little Girl". He drowned in a boating accident in 1995. 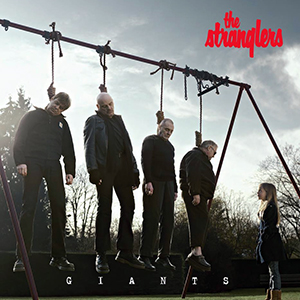 Giants is the seventeenth studio album by English rock band The Stranglers and continues the band's return as a four-piece after the departure of Paul Roberts. Lead vocals are shared between guitarist Baz Warne and bassist Jean-Jacques Burnel. The album was released on 5 March 2012 and was supported by an extensive UK tour by the band.

"Sometimes" is a song by The Stranglers, appearing as the first song on their debut album Rattus Norvegicus (1977). The song was written and sung by Hugh Cornwell, and credited to the band as a whole.

"Goodbye Toulouse" is a song by The Stranglers, appearing as the second song on their 1977 debut album Rattus Norvegicus. The lyrics were written by Jean-Jacques Burnel and the music by Hugh Cornwell, although it was credited to the band as a whole.

"No Mercy" is a song and single written by Hugh Cornwell, Dave Greenfield, Jet Black and Jean-Jacques Burnel performed by the Stranglers and released in 1984.