Jostein Flo (born 3 October 1964) is a Norwegian former footballer who played as a forward. Usually a centre-forward or striker, he was known for his physical playing style and aerial dominance, and was also capable of playing on the right flank. He was most recently Director of Football in Strømsgodset.

At club level, Flo usually played as a centre-forward. For the Norwegian national team, he also acted as a target man, but instead played right winger, and was instrumental for the tactics applied by former Norway coach Egil Olsen. Playing a characteristic 4–5–1 formation, the left back would often hit long crosses to Flo, who in turn would head the ball to either one of the central midfielders or to the striker. This was known as the Flo Pass.

He played for Stryn, Sogndal, Molde F.K., Lierse S.K., Sheffield United F.C. and Strømsgodset I.F.. He was capped 53 times, and scored 11 goals for the Norwegian national team and was part of his country's squads at the 1994 and 1998 FIFA World Cups. Perhaps his most famous appearance for the national side was the World Cup match against Brazil on 23 June 1998, when he came on as a late substitute and contributed heavily to turning a 0–1 deficit to a last-gasp 2–1 upset of the reigning World Cup champions.

Flo retired after the 2002 season, having scored 120 goals in 184 games for Strømsgodset. After his playing career, he worked with marketing for the club before he filled the role of executive director from October 2004 to January 2006. Flo is currently the director of football of Strømsgodset.

Flo is from a family of footballers; he is the younger brother of Kjell Rune Flo, who also played for Molde, and the older brother of Tore André Flo. who played for Chelsea and Rangers, and Jarle Flo who played for Norwegian Sogndal. [2] Håvard Flo (who played for Sogndal, AGF, SV Werder Bremen, and Wolverhampton Wanderers F.C.) is his cousin. [3] In addition, Ulrik Flo is his nephew. [2] 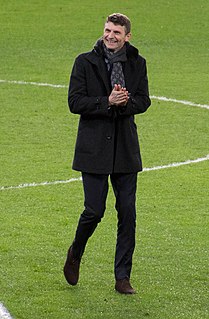 Håvard Flo is a Norwegian former football player. He played as a forward for Stryn TIL and Sogndal Fotball, before he left Norway in 1994 and played for AGF, SV Werder Bremen, and Wolverhampton Wanderers F.C. He returned to Sogndal in 2001. He made a comeback for Sogndal in 2010.

Per-Egil Hough Flo is a Norwegian footballer who plays as a defender for Sogndal. He is the nephew of Håvard Flo and cousin-nephew of Jostein Flo, Jarle Flo and Tore André Flo. 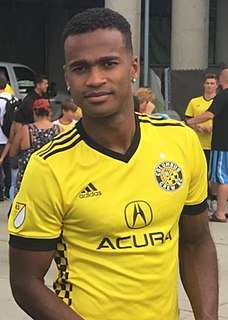 Ola Williams Kamara is a Norwegian professional footballer who plays for D.C. United in MLS. He plays as a striker, and has also played for Stabæk, Hønefoss, Strømsgodset, Molde, Austria Wien, TSV 1860 Munich, Columbus Crew SC, LA Galaxy and Shenzhen. Kamara’s father is from Sierra Leone and his mother is Norwegian. He has represented Norway at the youth and senior international levels.

Jo Inge Berget is a Norwegian professional footballer who plays as a forward for Swedish club Malmö FF and Norway. 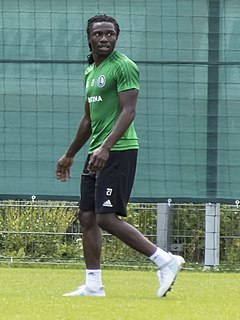 Daniel Chima Chukwu is a Nigerian footballer playing as a striker for China League One side Taizhou Yuanda.

Øystein Neerland is a former Norwegian football forward, best known for his time in Molde.

The 1997 season was Molde's 22nd season in the top flight of Norwegian football. This season Molde competed in Tippeligaen and the Norwegian Cup.