Last updated January 14, 2022
Austrian American mathematician
This article is about the mathematician. For his father, the economist, see Carl Menger.

Karl Menger (January 13, 1902 – October 5, 1985) was an Austrian-American mathematician. He was the son of the economist Carl Menger. He is credited with Menger's theorem. He worked on mathematics of algebras, algebra of geometries, curve and dimension theory, etc. Moreover, he contributed to game theory and social sciences.

His most famous popular contribution was the Menger sponge (mistakenly known as Sierpinski's sponge), a three-dimensional version of Sierpinski's carpet. It is also related to the Cantor set.

With Arthur Cayley, Menger is considered one of the founders of distance geometry; especially by having formalized definitions to the notions of angle and of curvature in terms of directly measurable physical quantities, namely ratios of distance values. The characteristic mathematical expressions appearing in those definitions are Cayley–Menger determinants.

He was an active participant of the Vienna Circle which had discussions in the 1920s on social science and philosophy. During that time, he published an influential result [2] on the St. Petersburg paradox with applications to the utility theory in economics; this result has since been criticised as fundamentally misleading. [3] Later he contributed to the development of game theory with Oskar Morgenstern.

Menger's longest and last academic post was at the Illinois Institute of Technology, which hosts an annual IIT Karl Menger Lecture and offers the IIT Karl Menger Student Award to an exceptional student for scholarship each year. [4]

Carl Menger von Wolfensgrün was an Austrian economist and the founder of the Austrian School of economics. Menger contributed to the development of the theories of marginalism and marginal utility, which rejected cost-of-production theory of value, such as developed by the classical economists such as Adam Smith and David Ricardo. As a departure from such, he would go on to call his resultant perspective, the subjective theory of value.

The Sierpiński carpet is a plane fractal first described by Wacław Sierpiński in 1916. The carpet is a generalization of the Cantor set to two dimensions; another is Cantor dust. 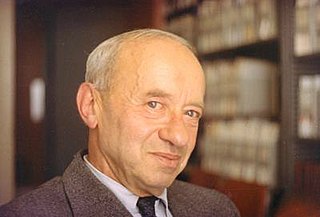 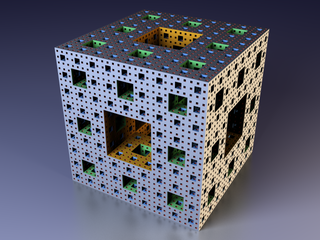 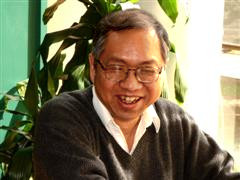 Distance geometry is the characterization and study of sets of points based only on given values of the distances between member pairs. More abstractly, it is the study of semimetric spaces and the isometric transformations between them. In this view, it can be considered as a subject within general topology.

Karl Georg Christian von Staudt was a German mathematician who used synthetic geometry to provide a foundation for arithmetic.

Chennai Mathematical Institute (CMI) is a research and education institute in Chennai, India. It was founded by the SPIC Science Foundation in 1989, and offers undergraduate as well as postgraduate programmes in physics, mathematics and computer science, besides its key strength in the form of high-end research in Mathematics. CMI is noted for its research in the field of algebraic geometry, in particular in the area of moduli of bundles.

Menger is a surname. Notable people with the surname include:

Franz Leopold Alt was an Austrian-born American mathematician who made major contributions to computer science in its early days. He was best known as one of the founders of the Association for Computing Machinery, and served as its president from 1950 to 1952. 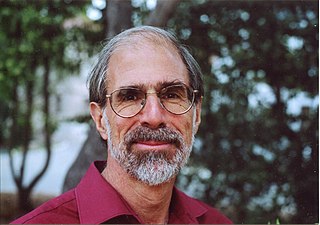 Margaret Wertheim is an Australian-born science writer, curator, and artist based in the United States. She is the author of books on the cultural history of physics, and has written about science, including for the New York Times, Los Angeles Times, Guardian, Aeon and Cabinet. Wertheim and her twin sister, Christine Wertheim, are co-founders of the Institute For Figuring (IFF), a Los Angeles-based non-profit organization though which they create projects at the intersection of art, science and mathematics. Their IFF projects include their Crochet Coral Reef, which has been shown at the 2019 Venice Biennale, Hayward Gallery (London), Museum of Arts and Design (NYC), and the Smithsonian's National Museum of Natural History. For her work with public science engagement, Wertheim won the 2016 Klopsteg Memorial Award from the American Association of Physics Teachers and Australia's Scientia Medal (2017).

Herbert Federer was an American mathematician. He is one of the creators of geometric measure theory, at the meeting point of differential geometry and mathematical analysis. 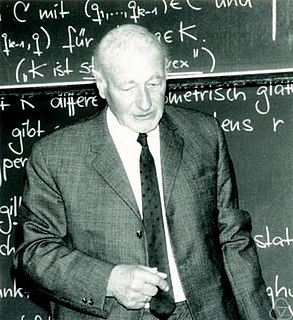 Trivandrum Ramakrishnan "T. R." Ramadas is an Indian mathematician who specializes in algebraic and differential geometry, and mathematical physics. He was awarded the Shanti Swarup Bhatnagar Prize for Science and Technology in 1998, the highest science award in India, in the mathematical sciences category.