Kim is a 1950 adventure film made in Technicolor by Metro-Goldwyn-Mayer. [2] [3] It was directed by Victor Saville and produced by Leon Gordon from a screenplay by Helen Deutsch, Leon Gordon and Richard Schayer, based on the classic 1901 novel of the same name by Rudyard Kipling.

The film starred Errol Flynn, Dean Stockwell, and Paul Lukas. The music score was by André Previn. The film was shot on location in Rajasthan and Uttar Pradesh, India, as well as the Alabama Hills near Lone Pine, California, due to its resemblance to the Khyber Pass. Of particular interest is the location filming at La Martiniere College in Lucknow.

Kim (Dean Stockwell), an orphan boy in 1885 India during the British Raj, works at times for his friend Mahbub Ali (Errol Flynn), a roguish horse trader who is also a secret agent for the British. Mahbub Ali becomes aware of a Russian-backed plot to instigate a rebellion.

Meanwhile, Kim encounters an elderly Buddhist lama (Paul Lukas) from Tibet, who is on a quest to find the "River of the Arrow", whose waters will cleanse him spiritually. Mahbub Ali has the young boy become the kindly priest's "chela" or disciple so that he can deliver a message to Colonel Creighton (Robert Douglas), Mahbub Ali's superior. On the journey along the Grand Trunk Road, the two travelers grow to love each other. Kim learns to beg passersby for coins.

One day, British soldiers set up camp. Kim notices that their regimental flag depicts a red bull on a green field, which matches a prophecy left him by his now-deceased father, so he sneaks into the encampment and is accosted by a sentry. During a scuffle, his captors discover documents Kim possesses which show that he is actually the son of Kimball O'Hara, an Irish soldier who had served in the regiment. The lama decides that Kim should live among his own kind to be educated (despite the boy's resistance) and pays for his tuition at the finest boarding school in India. The boy chafes at the school's many restrictions, but eventually settles down.

Mahbub Ali convinces Colonel Creighton, that the boy has the potential to become a wonderful spy; to that end, Kim receives extra training from the shopkeeper Lurgan (Arnold Moss) during the first part of his summer vacation in how to disguise himself as a native Buddhist chela, make careful observations, and remember coded messages.

While traveling in disguise, Kim overhears a plot to assassinate Mahbub Ali and warns him, saving his life. He is then reunited with his lama and sent to help Hurree Chunder (Cecil Kellaway) keep an eye on two Russian spies posing as surveyors. When he finds Chunder murdered, Kim continues the mission by persuading the Russians to hire him as their servant. He is eventually unmasked and the lama is beaten up. When news of Chunder's death reaches the British, Mahbub Ali is sent to take his place. He rescues Kim and takes charge of the interlopers' papers, but when a Russian expeditionary force approaches, the spies attempt to overpower him and he is forced to kill them; then he and Kim start a rockslide which buries the Russian force. In the end, the injured lama finds his river (at least in his own mind), stumbles to it, and dies contentedly, after which Kim and Mahbub Ali ride off together.

MGM originally announced the film in 1938 as a vehicle for Freddie Bartholomew and Robert Taylor but World War II saw this put on hold.

In 1942 it was reactivated to star Mickey Rooney, Conrad Veidt (as Red Lama) and Basil Rathbone, from a script by Leon Gordon and produced by Victor Saville. [4] However this was postponed out of fear of offending Indians and also war-time allies the Russians, who were the villains. [5]

In 1948 the Indian government approved the film and the Cold War meant it was permissible to have Russian villains. In January 1949 the project was reactivated as a vehicle for MGM's child star Dean Stockwell. Errol Flynn was signed in September. [6]

Paul Lukas and Flynn went to India but all scenes involving Dean Stockwell were shot in Hollywood. [7] Flynn left for India in November after attending a Royal screening of That Forsyte Woman in London. [8]

Locations used in the film included La Martiniere Lucknow (depicted as St. Xavier's College) in Lucknow, the horse market at the Kashmir Gates, Sirala, and the Himalayan foothills and the Khyber Pass. Doubles were used for Dean Stockwell and the characters of Huree Babu, Creighton Sahib and Lurgan Sahib (these hadn't been cast at the time of filming). [5]

The unit returned to MGM in January 1950 to shoot the rest of the movie on the backlot.

The movie was successful at the box office: according to MGM records the movie earned $2,896,000 in the US and Canada and $2,465,000 overseas, making it one of the studio's most popular films of the year. [1] It was one of the most popular films at the French box office in 1951, with admissions of 2,514,860. [9] According to Filmink magazine this was "the biggest gross of any Flynn movie during its initial release (not counting for inflation). Clearly in the right role and the right movie he remained a potent box office draw. " [10]

Kim was presented on Lux Radio Theatre on February 18, 1952. The one-hour adaptation featured Errol Flynn and Dean Stockwell in their roles from the film. [11]

Kim is a novel by Nobel Prize-winning English author Rudyard Kipling. It was first published serially in McClure's Magazine from December 1900 to October 1901 as well as in Cassell's Magazine from January to November 1901, and first published in book form by Macmillan & Co. Ltd in October 1901. The story unfolds against the backdrop of The Great Game, the political conflict between Russia and Britain in Central Asia. The novel made the term "Great Game" popular and introduced the theme of great power rivalry and intrigue. 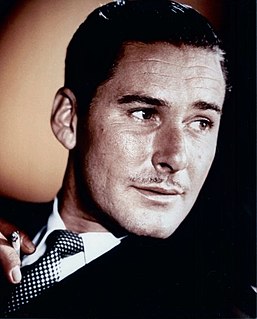 Robert Dean Stockwell is an American retired film and television actor with a career spanning over 70 years. As a child actor under contract to Metro-Goldwyn-Mayer, he first came to the public's attention in films such as Anchors Aweigh (1945), The Green Years (1946), Gentleman's Agreement (1947), and Kim (1950).

La Martinière College is a consortium of bi-national elite private schools, majority of them located in India. They are officially non-denominational private schools with units of two-two branches in Indian cities of respectively and in France, the consortium is represented by a number of three branches in Lyons. 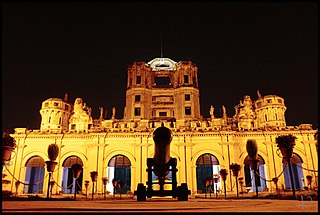 La Martinière College is an educational institution located in Lucknow, the capital of the Indian State of Uttar Pradesh. The college consists of two schools on different campuses for boys and girls. La Martinière College was founded in 1845 and La Martinière Girls' College was established in 1869. The Boys' College is the only school in the world to have been awarded royal battle honours for its role in the defence of Lucknow during the first war of Indian Independence of 1857. The two Lucknow colleges are part of the La Martinière family of schools founded by the French adventurer Major General Claude Martin. There are two La Martinière Colleges in Kolkata and three in Lyon. La Martinière provides a liberal education and the medium of instruction is the English language. The schools cater for pupils from the ages of five through to 17 or 18, and are open to children of all religious denominations, the boy's school has a Chapel, a Hindu Temple and a Mosque on its campus and has remained a non-denominational school since its inception, unlike the two La Martiniere Schools in Calcutta which are Christian schools, controlled by the Anglican Church of North India. The schools have day scholars and residence scholars (boarders).

Objective, Burma! is a 1945 American war film that is loosely based on the six-month raid by Merrill's Marauders in the Burma Campaign during the Second World War. Directed by Raoul Walsh and starring Errol Flynn, the film was made by Warner Bros. immediately after the raid.

Santa Fe Trail is a 1940 American western film directed by Michael Curtiz and starring Errol Flynn, Olivia de Havilland, Raymond Massey, Ronald Reagan and Alan Hale. Written by Robert Buckner, the film is critical of the abolitionist John Brown and his controversial campaign against slavery before the American Civil War. In a subplot, J.E.B. Stuart and George Armstrong Custer—who are depicted as friends from the same West Point graduating class—compete for the hand of Kit Carson Holliday. 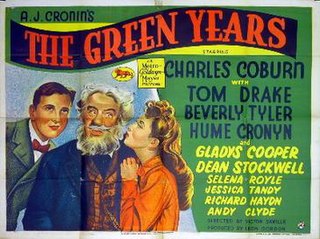 The Green Years is a 1946 American drama film featuring Charles Coburn, Tom Drake, Beverly Tyler and Hume Cronyn. It was adapted by Robert Ardrey from A. J. Cronin's 1944 novel of the same name. It tells the story of the coming-of-age of an Irish orphan in Scotland and was directed by Victor Saville. 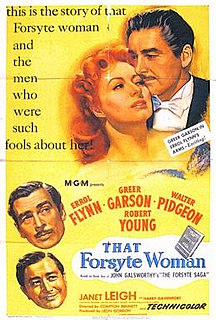 Green Light is a 1937 American film directed by Frank Borzage.

The Dark Avenger is a 1955 British-American historical adventure film directed by Henry Levin. The screenplay was written by Daniel B. Ullman. The film stars Errol Flynn, Joanne Dru and Peter Finch. The music score is by Cedric Thorpe Davie. It is also known as The Warriors in the United States, and had a working title of The Black Prince in the United Kingdom.

Istanbul is a 1957 American CinemaScope film noir crime film directed by Joseph Pevney, and starring Errol Flynn and Cornell Borchers. It is a remake of the film Singapore, with the location of the action moved to Turkey. The plot involves an American pilot who becomes mixed up with various criminal activities in Istanbul. 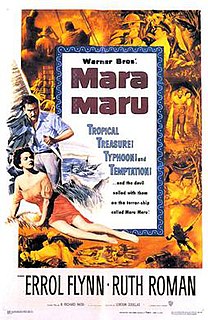