Reviews are mixed, even a single review:

Eugene is a city in the U.S. state of Oregon, in the Pacific Northwest. It is at the southern end of the verdant Willamette Valley, near the confluence of the McKenzie and Willamette rivers, about 50 miles (80 km) east of the Oregon Coast.

The Oregon Country Fair (OCF) is a nonprofit organization and an annual three-day art and music fair held outside the city limits of Veneta, Oregon, United States. Located in the Willamette Valley, the site is about 13 miles (21 km) west of Eugene along the Long Tom River near the unincorporated community of Elmira. Annual attendance is approximately 45,000, and the fair has around 960 craft and food booths each year. The event is known as an outgrowth of the counter-culture movement and for using environmentally-friendly practices during the fair.

The Lane Transit District (LTD) is a public agency that provides public transportation in Lane County, Oregon, United States. The transit district serves the Eugene and Springfield metropolitan areas, including the neighboring cities of Coburg, Junction City, Creswell, Cottage Grove, Veneta, and Lowell. LTD began service in 1970 with 18 buses and two vans, and today carries roughly 10.5 million customers annually with a fleet of 111 buses. Many of LTD's riders are students; University of Oregon and Lane Community College students ride by simply showing their student I.D. Student fees subsidize both programs, as well as limited late-night service until about 1 a.m. 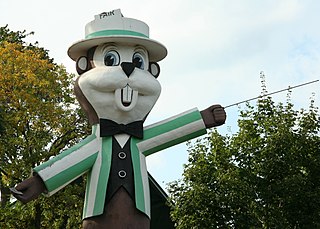 The Minnesota State Fair is the state fair of the U.S. state of Minnesota. Also known by its slogan, "The Great Minnesota Get-Together", it is the largest state fair in the United States by average daily attendance and the second-largest state fair in the United States by total attendance, trailing only the State Fair of Texas, which generally runs twice as long as the Minnesota State Fair. The state fairgrounds, adjacent the Saint Paul campus of the University of Minnesota, are in Falcon Heights, Minnesota, midway between the state's capital city of Saint Paul and the adjacent city of Roseville, near the Como Park and Saint Anthony Park neighborhoods of Saint Paul. Residents of the state and region come to the fair to be entertained, exhibit their best livestock, show off their abilities in a variety of fields including art and cooking, learn about new products and services, and eat many different types of food—often on a stick. The Minnesota State Fair was named the best state fair in the United States in 2015 by readers of USA Today. 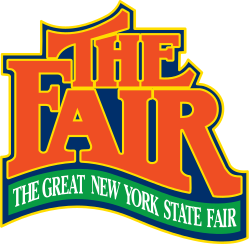 The New York State Fair, also known as the Great New York State Fair, is a 18-day showcase of agriculture, entertainment, education and technology. With midway rides, concessionaires, exhibits and concerts, it has become New York's largest annual event and an end-of-summer tradition for hundreds of thousands of families from all corners of the state. The first fair took place in Syracuse in 1841 and took permanent residence there in 1890. It is the oldest and one of the largest state fairs in the United States, with over one million visitors annually. 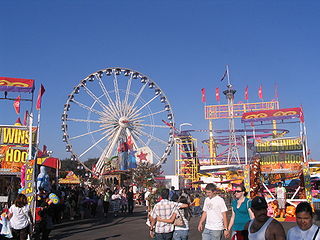 The Orange County Fair, abbreviated as the OC Fair, is a 23-day annual fair that is held every summer at the OC Fair & Event Center in Costa Mesa, California. The 2021 OC Fair is from July 16 to August 15.

The Illinois State Fair is an annual festival, centering on the theme of agriculture, hosted by the U.S. state of Illinois in the state capital, Springfield. The state fair has been celebrated almost every year since 1853. Currently, the fair is held annually at the Illinois State Fairgrounds over an 11-day period in mid-August of each year. 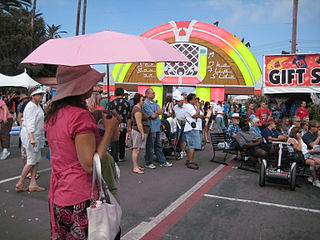 Santa Clara is a community in Lane County, Oregon, United States, part of which is a neighborhood of the city of Eugene, but most of which is an unincorporated area. Prior to a number of partial annexations by the city between 1990 and 2005, Santa Clara was an unincorporated community and census-designated place in Lane County. Its current population is approximately 13,000.

The Clark County Fair is an annual ten-day event held at the Clark County Event Center at the Fairgrounds in Ridgefield, Washington. Since there'll be no fair in 2020, the event is deferred to August 2021.

The Stanislaus County Fair, located in Turlock, California, opens every year in mid-July. It is the largest event in Stanislaus County. For 10 days, more than 220,000 visitors attend the 72-acre (290,000 m2) fairgrounds. There are nightly celebrity concerts, performances on five stages, and over 30 food concessionaires. The fair shows over 30,000 local talent exhibits, over 1,750 animals, and more than 35 carnival rides.

The Tillamook County Fair is an annual event that takes place August in the city of Tillamook in Tillamook County, Oregon, United States. The county fair was established in 1891. The fairgrounds have the largest facility in the county for conventions, meetings, receptions, and other gatherings. Fair attendance continues to grow with attendance topping 70,000 annually.

The Eugene Saturday Market is an outdoor craft market in Eugene, Oregon. It is the oldest weekly open-air crafts market in the United States. It has a festival atmosphere that includes live performers as well as art and crafts displays and sales -- and food booths and other local vendors. Between 3,000 and 5,000 people visit the market every Saturday. 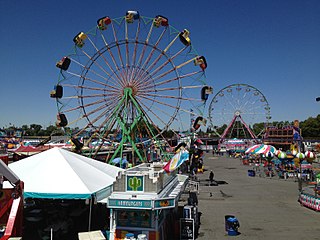 Oregon Community Credit Union, which was founded as Lane Federal Credit Union and then was called U-Lane-O Credit Union from 1981 to 2003, is a credit union based in Eugene, Oregon, USA, owned by more than 150,000 members.