Last man standing (LMS) or last team standing (LTS) is a multiplayer deathmatch gameplay mode featured in some first-person shooter computer and video games, and is also the essence of battle royale games. The aim of a player in a last man standing match is to neutralize their opponents and remain the sole survivor; the basic rules followed are generally the same of the deathmatch gametype, with an important difference: respawn is limited or not allowed at all. Each player is assigned a specific number of lives per match (or just one when there is no respawn); once these lives have been expended, the player will no longer be able to return to the current match and remain as an invisible spectator until there is a winner and the LMS round is over. Within several games players are called to buy or pick up items, while other titles will have the players spawned with full weapons and ammo and there are no powerups available on the map.

Several different variations of the last man standing mode exist, with the most common being team LMS. The rules are the same of the standard LMS and the winning team is the one able to eliminate all the members of the opposing teams and keep at least one of its components alive.

The first last-man-standing video game with a shrinking play zone was the 1983 action game Bomberman . [1]

In Last Man Standing mode, camping, which is often considered an unsocial and dishonest tactic, is highly beneficial. A player can stay in hiding until other players have killed each other, so that a majority of the players are already eliminated. The hiding player now not only has the advantage of additional lives (the player wasn't killed as many number of times as other players who were constantly moving), but also now has to fight a lesser number of players, each of whom has a disadvantage of lesser number of lives. This means that their chances of winning are higher than others, without any skill involved. Hence, it is often considered cheating.

Camping tends to stall a game. Due to camping being highly beneficial, if everybody hides so as to wait until some players are eliminated, the game will not be allowed to proceed.

Modern games, like Unreal Tournament 2004 can detect from a players movement if they are camping. If detected, the player is first given a warning and if the player continues camping, action is taken according to the server rules (generally, a camper is removed from the game).

In vehicular combat games, camping can be prevented with a timeout clock that resets each time a player hits a rival vehicle.

Battle royale games, such as PlayerUnknown's Battlegrounds , Fortnite Battle Royale , Free Fire and ScarFall - The Royale Combat discourage camping by gradually reducing the size of the area where LMS competitors can play on, typically with a deadly energy field. Any players who do not move to safer ground as the field closes in will suffer continuous damage and eventually die if they fail to escape it.

Deathmatch, also known as free-for-all, is a gameplay mode integrated into many shooter games, including first-person shooter (FPS), and real-time strategy (RTS) video games, where the goal is to kill the other players' characters as many times as possible. The deathmatch may end on a frag limit or a time limit, and the winner is the player that accumulated the greatest number of frags.

In video gaming, camping is a tactic where a player obtains an advantageous static strategic position, which may be a discreet place which is unlikely to be searched. The tactic is employed both in single-player games and online multiplayer games, but is usually more effective in an online multiplayer game, as AI opponents in single-player games may be aware of the player's position, even if they are visually hidden. Exact strategies for the tactic vary depending on the type of game. In first-person shooters, it generally involves a player waiting in one location for other players to approach, then killing them before being noticed, or before the other players can react to their presence. By camping, a player is able to learn and adapt to the limited environment they are playing in, noting specific points to check repetitively. By following this method with little fault, a lower number of deaths can be achieved. In other cases, players may wait in an area to gain access to items or perform actions before other players who are not camping have the chance to do so.

Rocket Arena (RA) is a free modification (mod) for the multiplayer first-person shooter games Quake, Quake II, Quake III Arena and Quake 4. There are also ports for Half-Life and Unreal Tournament. Rocket Arena was created by David "crt" Wright of GameSpy and first released for Quake in 1997, less than a year after Quake's debut. It became a successful and influential user-created game modification.

MechAssault is a video game released for the Xbox notable for being one of the first games to support Xbox Live online multiplayer. Developed by Day 1 Studios and published by Microsoft, MechAssault was initiated when Denny Thorley of Day 1 Studios approached Jon Kimmich of Microsoft about developing an original BattleTech game built from the ground up to support console play. "MechAssault" was released in November of 2002. A sequel, MechAssault 2: Lone Wolf, was released on December 28, 2004. Both games are set in the BattleTech fictional universe.

Soldier of Fortune II: Double Helix is a first-person shooter video game developed by Raven Software, the sequel to Soldier of Fortune. It was developed using the id Tech 3 engine as opposed to the original's id Tech 2, and published in 2002. Once again, Raven hired John Mullins to act as a consultant on the game. Based on criticisms of the original game, Raven Software developed Soldier of Fortune II to be a more "realistic" game, with more modern tactical shooters like Operation Flashpoint: Cold War Crisis (2001) and Tom Clancy's Rainbow Six (1998) serving as inspirations, rather than Quake (1996).

Movie Battles II (MBII) is a team-based multiplayer mod for the 2003 third and first-person shooter game Star Wars Jedi Knight: Jedi Academy. It is a successor of the Movie Battles mod for Star Wars Jedi Knight II: Jedi Outcast. The primary purpose of the mod is to allow players to experience setpiece battle scenes from the Star Wars films and the Star Wars expanded universe. The gameplay is similar to that of the base game, but builds upon it with several new elements. The mod has been lauded for providing one of the best lightsaber combat experiences out of any Star Wars game.

OpenArena is a free and open-source video game. It is a first-person shooter (FPS), and a video game clone of Quake III Arena.

War Rock is a multiplayer first-person shooter made by the South Korean company, Dream Execution. The game is distributed as a free-to-play, a common form of freeware EULA and available through online downloading. Outside of the Far East, the game is hosted by PapayaPlay, who services the game for both Europe and North America. 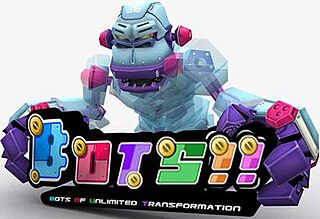 Bots!! is a massively multiplayer online game (MMO) created by Acclaim Games as the company's launch title and most popular game, with the theme of robots fighting against computer viruses. Players choose from one of three basic BOTS and level up their character through gameplay and buying items with virtual credits called gigas. Three game modes exist for the game: Sector Battle, Player versus Player, and Base Battle. A Korean version of the game, called BOUT!!, also existed and was nearly identical, but received new updates earlier than the American version. BOUT!! was intended to be originally released on Xbox, but ended up being solely released on PC.

Interstellar Marines is a science fiction first-person shooter video game being developed by indie studio Zero Point Software. It was added to Steam Greenlight on September 3, 2012 and later released on Steam Early Access on July 2, 2013.

Robocraft is an online vehicular combat game developed and published by Freejam Games. The game is set on different planets, with players constructing robots to fight with and against others in battle. The game features contained garages in which players can build various functional vehicles with basic block-based parts, such as cubes and wheels, along with weapons that can be used for combat. The initial alpha build was released in March 2013, and gained over 300,000 players by the following year. It officially released out of beta on August 24, 2017.

Z1 Battle Royale is a battle royale game developed and published by Daybreak Game Company. The game's development began after the original H1Z1 was spun off into two separate projects in early 2016: H1Z1: Just Survive and H1Z1: King of the Kill. The games were further split as separate projects in October 2017, with Just Survive dropping the H1Z1 name, and King of the Kill becoming simply H1Z1.

A battle royale game is an online multiplayer video game genre that blends last-man-standing gameplay with the survival, exploration and scavenging elements of a survival game. Battle royale games involve dozens to hundreds of players, who start with minimal equipment and then must eliminate all other opponents while avoiding being trapped outside of a shrinking "safe area", with the winner being the last player or team alive. 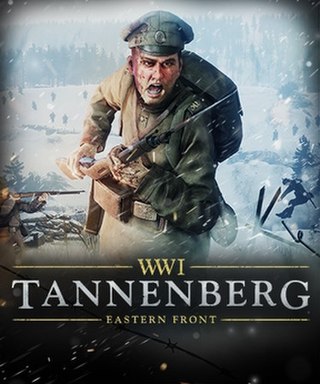 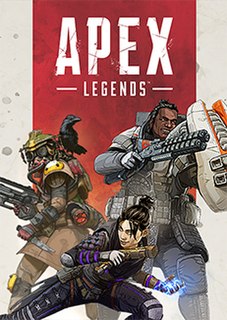 Apex Legends is a free-to-play battle royale-hero shooter game developed by Respawn Entertainment and published by Electronic Arts. It was released for Microsoft Windows, PlayStation 4, and Xbox One in February 2019, and for Nintendo Switch in March 2021. A mobile version of the game specially designed for touchscreens titled Apex Legends Mobile has also been announced which is scheduled to be fully released by 2022 on Android and iOS. The game supports cross-platform play. 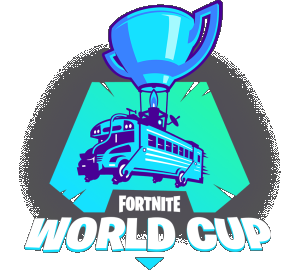 The Fortnite World Cup is an annual esports competition based on the video game Fortnite, with the inaugural final events taking place July 26–28, 2019 at the Arthur Ashe Stadium in Flushing, New York. A total US$30 million prize pool was available across the various competitions.

Call of Duty: Warzone is a free-to-play battle royale video game released on March 10, 2020, for PlayStation 4, Xbox One, and Microsoft Windows. The game is a part of 2019's Call of Duty: Modern Warfare and is connected to 2020's Call of Duty: Black Ops: Cold War and was introduced during Season 2 of Modern Warfare content. Warzone is developed by Infinity Ward and Raven Software and published by Activision. Warzone allows online multiplayer combat among 150 players, although some limited-time game modes support 200 players. The game features both cross-platform play and cross-platform progression between three games.

War Brokers is a free to play, browser based multiplayer game released as an open beta for browser by Trebuchet Entertainment on November 13, 2017 and on Steam on April 18, 2018. The game uses the Unity engine. Closed testing for an mobile release started in May 2020.