Let the Record Show: Dexys Do Irish and Country Soul

Kevin Rowland said about the album:

"We had the idea to do this album in 1984 or 1985. It was to be called Irish and was to feature songs like 'Carrickfergus', 'Curragh of Kildare' and 'Women of Ireland' – all of which are featured here. Dexys broke up not too long afterwards, so it didn't happen."

He added: "The album is called Dexys DO Irish and Country Soul: DO it, not BECOME it. We're not trying to be Irish, and we haven't used too many Celtic instruments on there. It's our sound. We're bringing our style to these songs." [1]

Tim Sommer, writing in Observer , called it "the most surprising album of 2016" and an "amazing, subtle, powerful, visceral album that lays bare the soul, memories and losses of Kevin Rowland". [2]

Adapted from the album booklet. [3]

Kevin Rowland is an English singer-songwriter of Irish descent and frontman for the pop band Dexys Midnight Runners, which had several hits in the early 1980s, the most notable being "Geno" and "Come On Eileen", both of which reached number one on the UK Singles Chart.

"Come On Eileen" is a song by English group Dexys Midnight Runners, released in the United Kingdom on 25 June 1982 as a single from their album Too-Rye-Ay. It reached number one in the United States, and it was their second number one hit in the UK, following 1980's "Geno". The song was written by Kevin Rowland, Jim Paterson and Billy Adams, and it was produced by Clive Langer and Alan Winstanley.

Too-Rye-Ay is the second album by Dexys Midnight Runners, released in July 1982. The album is best known for the hit single "Come On Eileen", which included the lyrics "too-rye-ay" that inspired the album's title.

Don't Stand Me Down is the third studio album by Dexys Midnight Runners, released in September 1985. The title of the album was inspired by a line in the album's song "The Waltz".

"Carrickfergus" is an Irish folk song, named after the town of Carrickfergus in County Antrim, Northern Ireland. Most of the story seems to occur in and around Kilkenny; indeed the "Ballygran" referred to in the song may be the local Ballingarry coal mines. "Marble...black as ink" is also mined locally. It was first recorded, under the name "The Kerry Boatman", by Dominic Behan on an LP called The Irish Rover, released in 1965. An almost identical version was recorded afterwards by the Clancy brothers.

"To Love Somebody" is a song written by Barry and Robin Gibb. Produced by Robert Stigwood, it was the second single released by the Bee Gees from their international debut album, Bee Gees 1st, in 1967. The single reached No. 17 in the United States and No. 41 in the United Kingdom. The song's B-side was "Close Another Door". The single was reissued in 1980 on RSO Records with "How Can You Mend a Broken Heart" as its flipside. The song ranked at number 94 on NME magazine's "100 Best Tracks of the Sixties". It was a minor hit in the UK and France. It reached the top 20 in the US. It reached the top 10 in Canada. 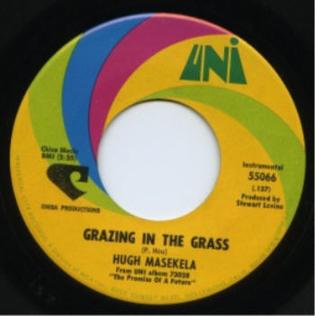 "Grazing in the Grass" is an instrumental composed by Philemon Hou and first recorded by the South African trumpeter Hugh Masekela. Released in the United States as a single in 1968, it reached number one on the Billboard Hot 100 chart, ranking it as the 18th biggest hit of the year. The song also reached #15 Adult Contemporary. Masekela included the song in his albums Grazing in the Grass: The Best of Hugh Masekela (2001), Still Grazing (2004), and Live at the Market Theatre (2006). 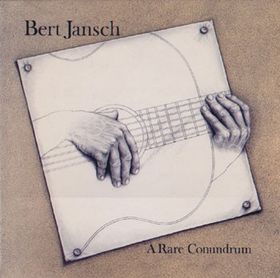 The Wanderer is a solo album by Kevin Rowland, lead singer of Dexys Midnight Runners. It was released in 1988 as his solo debut, three years after the third Dexys album, Don't Stand Me Down.