Too-Rye-Ay is the second studio album by English pop band Dexys Midnight Runners, released in July 1982 by Mercury Records. The album is best known for the hit single "Come On Eileen", which included the lyrics "too-rye-ay" that inspired the album's title. It was the band's most successful album, debuting at number two on the UK Albums Chart. [10]

Shortly before recording this album, Dexys' bandleader Kevin Rowland had decided to add a violin section to the band's existing horn section, which had contributed strings (viola and cello) to the band's previous single, "Liars A to E". However, after violinists Helen O'Hara and Steve Brennan joined the band, the three members of the horn section, including Dexys' co-leader and album co-composer "Big" Jim Paterson, decided to leave Dexys and become an independent horn band (ultimately known as The TKO Horns). Rowland convinced them to stay with the band long enough to record the album and to perform in a kick-off concert debuting the album on BBC Radio One in June 1982.

All the songs on the album were rearranged to add strings, which caused Dexys to re-record the 1981 singles "Plan B", "Liars A to E", and "Soon". During the rearrangement process, "Soon" was revised into the opening section of "Plan B"; since both songs were written by Rowland and Paterson, the merged songs are credited on the album simply as "Plan B".

The album's "Come On Eileen" became a number one hit in both the UK and the US. Dexys Midnight Runners is best known as a one hit wonder in the US ("Come On Eileen" was also the first US single release by Dexys), but in the UK, "Geno" had previously reached number one, and "Jackie Wilson Said (I'm in Heaven When You Smile)" and "The Celtic Soul Brothers" were also UK hits.

Before "Come On Eileen", Dexys' only North American single was the Northern Soul classic "Seven Days Too Long", which Dexys' previous label EMI America had released only in Canada (with "Geno" as the B-side). [11] However, on the strength of "Come On Eileen", Too-Rye-Ay reached number 14 in the US. [12] Dexys' success in US was not maintained; the best performer of the band's follow-up singles in the US was "The Celtic Soul Brothers", which peaked at number 86. [12]

Different releases of Too-Rye-Ay featured different versions of "Come On Eileen". Certain editions of the album featured a version beginning with a solo fiddle playing the first line of the folk song "Believe Me, if All Those Endearing Young Charms" and ending with a simple fadeout (length: 4:12). This version of the song is the one featured on the single release. However, many other versions of the album omit this fiddle solo, beginning directly with the bassline (length 4:07). [13] [14] [15] Other editions of the album (including many of the "re-releases") featured a version without the violin intro and including a tag of Kevin Rowland singing "Young Charms" at the end (length: approximately 4:32), while the digital version offered by Spotify and the 2002 US CD reissue includes both front and end "Young Charms" tags. (length: approximately 4:47, or 4:19 without the ending tag). [16] [17] [18] [19] In addition, the most common release of the album features "Come On Eileen" as the final track, while the original US release features the tune as the opening track on Side 2. [20]

The album was re-released in 1996 on CD with 8 bonus tracks. In 2000 an enhanced edition was released with the music videos for "Come On Eileen" and "Jackie Wilson Said" as bonus material. In 2002 a US edition with bonus tracks was released. Marking its 25th Anniversary, a 2007 2-CD Deluxe Edition was released, which included the entire 14-song album kickoff performance on BBC Radio 1 that had previously been released (without "I'll Show You") as BBC Radio One Live in Concert . 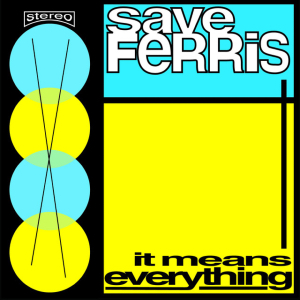 It Means Everything is the first full-length album by Save Ferris. It was released on September 9, 1997.

Alan Kenneth Winstanley is an English record producer and songwriter, active from the mid-1970s onwards. He usually works with Clive Langer.

"Marguerita Time" is a single by the British rock band Status Quo, from their 1983 album Back to Back. The single was also issued in a Christmas double pack that included "Caroline"/"Joanne".