TSOP (The Sound of Philadelphia)

Last updated February 08, 2021
This article is about the song. For the record label, see Philadelphia International Records.
1974 single by MFSB featuring The Three Degrees

"TSOP (The Sound of Philadelphia)" is a 1974 hit recording by MFSB featuring vocals by The Three Degrees. A classic example of the Philadelphia soul genre, it was written by Gamble and Huff as the theme for the American musical television program Soul Train , which specialized in African American musical performers. The single was released on the Philadelphia International Records label. It was the first television theme song to reach number one on the Billboard Hot 100, [1] and it is arguably the first disco song to reach that position.

The song is essentially an instrumental piece, featuring a lush blend of string instrument and horn section in the Philadelphia soul style. There are only two vocal parts to the song: a passage close to the beginning during which The Three Degrees sing "People all over the world!"; and the chorus over the fadeout, "Let's get it on/It's time to get down". The words "People all over the world!" are not heard in the original version. The version heard on Soul Train also had the series title sung over the first four notes of the melody, "Soul Train, Soul Train". This particular version was released on a 1975 Three Degrees album, International .

"TSOP" hit number one on the U.S. Billboard Hot 100 in the spring of 1974 and remained there for two weeks, the first television theme song to do so in the history of that chart. [1] It also topped the American Hot R&B/Hip-Hop Songs (for one week) and adult contemporary (for two weeks). [2] The Three Degrees would revisit the top of the AC chart later in 1974 with their hit single, "When Will I See You Again".

Don Cornelius, the creator and host of Soul Train, refused to allow any references to the name of the television series when the single was released, leading Gamble and Huff to adopt the alternate title for the release. Cornelius would later admit that not allowing the single to be named Soul Train was a major mistake on his part. [3] (As a result, the Three Degrees' singing of the show's name "Soul Train" during the chorus as heard on the TV version is not heard on the single.)

Although it was rerecorded a number of times for future versions of the show, and various different themes were used during the late 1970s and early 1980s, "TSOP" returned in the late 1980s and remained the theme song for Soul Train through the disco, 1980s rhythm and blues, new jack swing, hip hop music, and neo soul eras of black music.

"TSOP" was covered by Dexys Midnight Runners and released as a B-side on the 12" version of the "Jackie Wilson Said" single, later issued on the remastered version of the album Too-Rye-Ay . The band also used it to open some of their live shows.

Another remake of the tune was made in 1978 by reggae band Inner Circle, who had a history of covering American soul songs in the laid-back reggae style of the late 1970s.

In 1998, German act BMR featuring Dutch singer Felicia Uwaje sampled the single in their song Check It Out.

A similar melody is used in the anime series Haré+Guu .

Uses of the song

The song is played at Citizens Bank Park in Philadelphia prior to every Philadelphia Phillies home game. The song was also played after Vancouver Whitecaps (1974–1984) NASL home games at Empire Stadium in the late 1970s and early 1980s, and after Vancouver Whitecaps (1986–2010) CSL home games in the late 1980s and early 1990s. Game Ka Na Ba? , a Philippines game show hosted by actor/politician Edu Manzano, used an adaptation of "TSOP" (Tanya) called "Papayo Yowza" as its theme. The song's opening was also sampled as program identification for all Philadelphia 76ers games broadcast on WPHT in the mid-to-late 1970s and also used as a during timeout and before cut into a commercial break for the CBS Sports NBA on CBS games in the beginning of the 1975 NBA playoffs until the 1976 NBA Finals.

The Three Degrees are an American female vocal group, which were originally formed in circa 1963 in Philadelphia, Pennsylvania. Although 15 women have been members over the years, the group has always been a trio. The current line-up consists of Valerie Holiday, Helen Scott and Freddie Pool. Holiday has been a member since she first joined in 1967, while Scott has been a permanent member since 1976, having been in the group from 1963 to 1966. The group were particularly successful in the UK, achieving 13 Top 50 hit singles between 1974 and 1985. 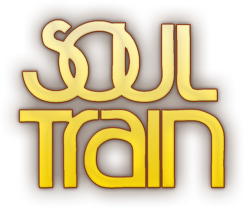 Soul Train is an American music-dance television program which aired in syndication from October 2, 1971, to March 27, 2006. In its 35-year history, the show primarily featured performances by R&B, soul, dance/pop, and hip hop artists, although funk, jazz, disco, and gospel artists also appeared. The series was created by Don Cornelius, who also served as its first host and executive producer.

Philadelphia International Records (PIR) was an American record label that is based in Philadelphia, Pennsylvania. It was founded in 1971 by the songwriting and production duo, Kenneth Gamble and Leon Huff, along with their long time collaborator Thom Bell. It was famous for showcasing the Philadelphia soul music genre that was founded on the gospel, doo-wop, and soul music of the time. This 'Philly Soul' sound later became a prominent and distinct era within the R&B genre itself. During the 1970s the label released a string of worldwide hits which emphasized lavish orchestral instrumentation, heavy bass, and driving percussion.

"Papa Was a Rollin' Stone" is a song performed by Motown recording act The Undisputed Truth. It was written by Norman Whitfield and Barrett Strong in 1971, and released as a single in May 1972. It peaked at number 63 on the Pop Charts and number 24 on the R&B Charts. The song was included on the Undisputed Truth's album Law of the Land (1973). 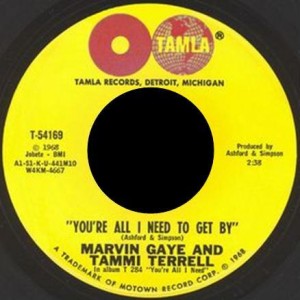 "I Want to Take You Higher" is a song by the soul/rock/funk band Sly and the Family Stone, the B-side to their Top 30 hit "Stand!". Unlike most of the other tracks on the Stand! album, "I Want to Take You Higher" is not a message song; instead, it is simply dedicated to music and the feeling one gets from music. Like nearly all of Sly & the Family Stone's songs, Sylvester "Sly Stone" Stewart was credited as the sole songwriter. "Family Affair" is a 1971 number-one hit single recorded by Sly and the Family Stone for the Epic Records label. Their first new material since the double a-sided single "Thank You "/ "Everybody Is a Star" nearly two years prior, "Family Affair" became the third and final number-one pop single for the band. Rolling Stone magazine later ranked the song #139 on their list of the 500 Greatest Songs of All Time. The cover version by John Legend, Joss Stone, and Van Hunt, won the Grammy Award for Best R&B Performance by a Duo or Group with Vocals at 49th Annual Grammy Awards. 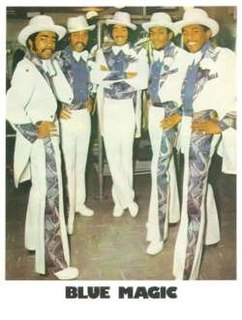 Blue Magic is an American R&B and soul group, and one of the more popular Philadelphia soul groups of the 1970s. Founded in 1972, the group's original members included lead singer Ted Mills with Vernon Sawyer, Wendell Sawyer, Keith Beaton, and Richard Pratt. Their most notable songs included smooth soul ballads such as "Sideshow", "Spell", "What’s Come Over Me", "Three Ring Circus" and "Stop to Start". 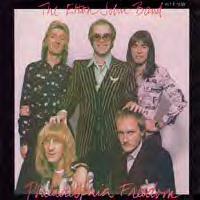 "Philadelphia Freedom" is a song released by The Elton John Band as a single in 1975. The song was the fourth of Elton John's six number 1 US hits during the early and mid-1970s, which saw his recordings dominating the charts. In Canada it was his eighth single to hit the top of the RPM national singles chart. 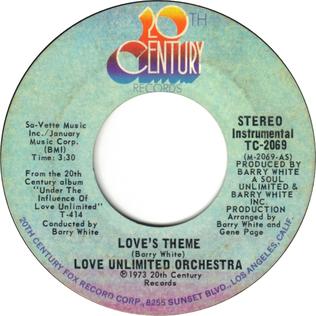 "Love's Theme" is an instrumental piece written by Barry White and recorded by White's The Love Unlimited Orchestra and released in 1973 as a single. It is one of the few instrumental and purely orchestral singles to reach #1 on the Billboard Hot 100 chart in the United States, which it did in early 1974. Billboard ranked it as the #3 song for 1974. The piece was included on two albums: 1973's Under the Influence of... Love Unlimited and 1974's Rhapsody in White by the Love Unlimited Orchestra.

"Love Train" is a hit single by The O'Jays, written by Kenny Gamble and Leon Huff. Released in 1972, it reached number one on both the R&B Singles and the Billboard Hot 100, in February and March 1973 respectively, number 9 on the UK Singles Chart and was certified gold by the RIAA. It was The O'Jays' first and only number-one record on the US pop chart. 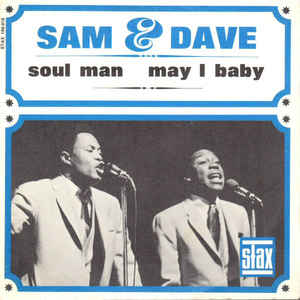 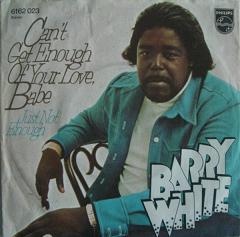 "Can't Get Enough of Your Love, Babe" is a song written, recorded, and produced by Barry White. Released as the first single from his album Can't Get Enough in 1974, the song topped the US Billboard Hot 100 and R&B charts and has since become one of his signature tunes. It was his second US chart-topper, after "Love's Theme". It became a gold record in the US.

"Kiss and Say Goodbye" is a 1976 song by American R&B vocal group The Manhattans. It was written by group member Winfred Lovett, the bass singer and songwriter of the group, who intoned the song's spoken introduction. The song was recorded for the album The Manhattans, released in 1976 by Columbia Records, and was released as a single in March of the same year. "Kiss and Say Goodbye" became a worldwide success, appearing in the musical charts of countless countries, a Top 10 hit in many countries, including No. 1 in the US, Belgium, Netherlands, New Zealand, and in Europe (European Hot 100 Singles). With the exception of Adult Contemporary Chart, "Kiss and Say Goodbye" was ranked number 1 in US on all Pop Singles Charts and on all R&B Singles Charts. The song was one of the biggest hits of 1976 and of the 1970s.

"Show and Tell" is a popular song written by Jerry Fuller and first recorded by Johnny Mathis in 1972. This original version made it to #36 on the Easy Listening chart. 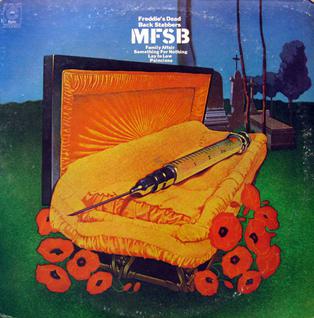 MFSB is the debut album by Philadelphia International Records houseband MFSB, released in 1973. 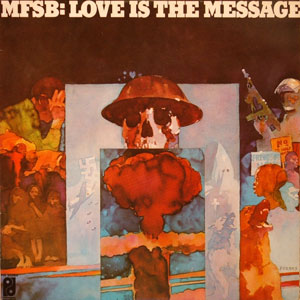 Love Is The Message is the second album by Philadelphia International Records houseband MFSB.