Tectonics is the process that controls the structure and properties of the Earth's crust and its evolution through time. In particular, it describes the processes of mountain building, the growth and behavior of the strong, old cores of continents known as cratons, and the ways in which the relatively rigid plates that constitute the Earth's outer shell interact with each other. Tectonics also provides a framework for understanding the earthquake and volcanic belts that directly affect much of the global population. Tectonic studies are important as guides for economic geologists searching for fossil fuels and ore deposits of metallic and nonmetallic resources. An understanding of tectonic principles is essential to geomorphologists to explain erosion patterns and other Earth surface features.

Induced seismicity refers to typically minor earthquakes and tremors that are caused by human activity that alters the stresses and strains on the Earth's crust. Most induced seismicity is of a low magnitude. A few sites regularly have larger quakes, such as The Geysers geothermal plant in California which averaged two M4 events and 15 M3 events every year from 2004 to 2009.

The Royal Netherlands Meteorological Institute is the Dutch national weather forecasting service, which has its headquarters in De Bilt, in the province of Utrecht, Netherlands.

The first time that seismic activity in the Netherlands was registered by the Royal Netherlands Meteorological Institute (KNMI) in De Bilt was on 26 June 1904. [2] 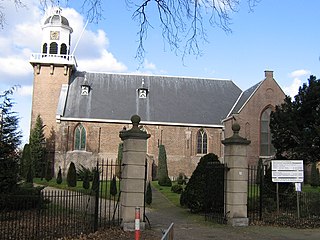 De Bilt is a municipality and a town in the Netherlands, in the province of Utrecht. De Bilt had a population of 42,815 in 2017 and is the seat of the headquarters of the Royal Dutch Meteorological Institute, KNMI. 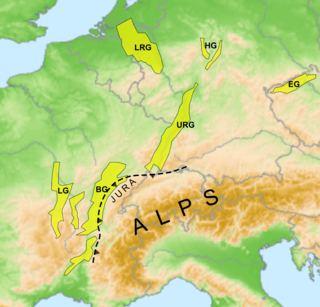 The European Cenozoic Rift System (ECRIS) is an 1100 km long system of rifts formed in the foreland of the Alps as the lithosphere responded to the effects of the Alpine and Pyrenean orogenies. The system began to form during the Late Eocene and parts, particularly the Upper and Lower Rhine Grabens, remain seismically active today and are responsible for most of the larger earthquakes in Europe, north of the Alps.

The 1992 Roermond earthquake occurred on 13 April, around 3:20 AM with a moment magnitude of 5.3 and a maximum Mercalli intensity of VII. Striking on the Peel Boundary Fault, a normal fault near Roermond, it was the strongest recorded earthquake in the Netherlands and in Northwestern Europe, and caused substantial damage to older buildings in the Netherlands and adjacent countries of Belgium and Germany. A series of aftershocks followed.

Limburg is the southernmost of the 12 provinces of the Netherlands. It is in the southeastern part of the country, stretched out from the north, where it touches the province of Gelderland, to the south, where it internationally borders Belgium. Its northern part has the North Brabant province to its west. Its long eastern boundary is the international border with the German state of North Rhine-Westphalia. Much of the west border runs along the River Maas, bordering the Flemish province of Limburg, and a small part of the Walloon province of Liège. On the south end, it has borders with the Flemish exclave of Voeren and its surrounding part of Liège, Wallonia. The Vaalserberg is on the extreme south-eastern point, marking the tripoint of Netherlands, Germany and Belgium.

Since 1986, there have been around 1,000 induced earthquakes in the northeast of the Netherlands caused by the exploitation of the Groningen gas field near Slochteren. The heaviest registered earthquake in the northeastern province of Groningen had a magnitude of 3.6 and occurred in Huizinge on 16 August 2013. [5] This event count shows a remarkable exponential growth in time, pointing to one event per day in 2025. While moderate in magnitude, the sheer number of events acts as a physical stressor to living conditions and gives an adverse outlook long term on structural integrity of homes and buildings. [6] 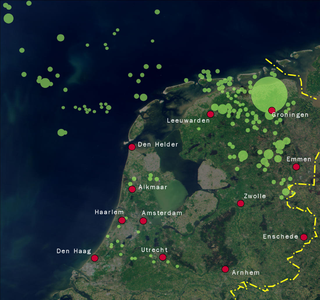 Slochteren is a village and former municipality with a population of 15,546 in the province of Groningen in the northeast of the Netherlands. On January 1, 2018, Slochteren merged with Hoogezand-Sappemeer and Menterwolde, forming the municipality Midden-Groningen.

Groningen is the northeasternmost province of the Netherlands. It borders on Friesland to the west, Drenthe to the south, the German state of Lower Saxony to the east, and the Wadden Sea to the north. In 2014, it had a population of 582,640 and a total area of 2,960 km2 (1,140 sq mi).

Grathem
Uden
Boxtel
Vught
Roermond
Locations of earthquakes with a magnitude of 4.0 or higher [7] 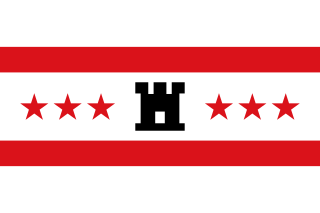 Drenthe is a province of the Netherlands located in the northeastern part of the country. It is bordered by Overijssel to the south, Friesland to the west, Groningen to the north, and Germany to the east. In January 2017, it had a population of 491,867 and a total area of 2,683 km2 (1,036 sq mi).

Loppersum is a village and municipality with a population of 10,174 in the province of Groningen in the northeast of the Netherlands. 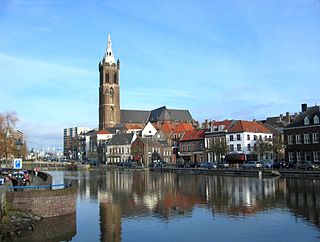 Roermond is a city, a municipality, and a diocese in the southeastern part of the Netherlands.

Venlo is a city and municipality in the southeastern Netherlands, near the German border. It is situated in the province of Limburg. The municipality of Venlo counted 101 578 inhabitants as of January 2019.

The following is a list of earthquake lists, and of top earthquakes by magnitude and fatalities.

Limburgish, also called Limburgan, Limburgian, or Limburgic, is a group of East Low Franconian varieties spoken in the Belgian and Dutch provinces both named Limburg and some neighbouring areas of Germany. The area in which it is spoken roughly fits within a wide circle from Venlo to Düsseldorf to Aachen to Maastricht to Tienen and back to Venlo. In some parts of this area it is generally used as the colloquial language in daily speech.

The Catholic Church in the Netherlands is part of the worldwide Catholic Church under the spiritual leadership of the Pope in Rome. Its primate is the Metropolitan Archbishop of Utrecht, currently Willem Jacobus Eijk since 2008. In 2015 Catholicism was the single largest religion of the Netherlands, forming some 11.7% of the Dutch people, based on in depth interviewing, down from 40% in the 1960s.

Earthquakes have occurred in Western Australia (WA) on a regular basis throughout its geological history.

Huizinge is a village with a population of 100 in the municipality of Loppersum in the province of Groningen in the northeast of the Netherlands.