List of universities and colleges in Lithuania is a listing of higher education (third level education) institutions in Lithuania.

There are 23 universities in Lithuania (14 of them are public, 8 are private, and one is a branch of a Polish university):

There are 24 colleges in Lithuania (13 of them are public and 11 are private):

Lithuania, officially the Republic of Lithuania, is a country in the Baltic region of Europe. It is one of the Baltic states, and lies on the eastern shore of the Baltic Sea, to the southeast of Sweden and the east of Denmark, with Latvia to the north, Belarus to the east and south, Poland to the south, and Kaliningrad Oblast of Russia to the southwest. Lithuania covers an area of 65,300 km2 (25,200 sq mi), with a population of 2.7 million. Its capital and largest city is Vilnius; other major cities are Kaunas and Klaipėda. Lithuanians belong to the ethno-linguistic group of the Balts, and speak Lithuanian; one of only two living Baltic languages.

Vilnius is the capital of Lithuania and its largest city, with a population of 589,425 as of 2019. The population of Vilnius's functional urban area, which stretches beyond the city limits, is estimated at 706,832, while according to the Vilnius territorial health insurance fund, there were 732,421 permanent inhabitants as of October 2020 in Vilnius city and Vilnius district municipalities combined. Vilnius is in southeastern Lithuania and is the second-largest city in the Baltic states. It is the seat of Lithuania's national government and the Vilnius District Municipality.

Vilnius University is a public research university, which is the oldest university in the Baltic states, one of the oldest and most famous in Eastern Europe, preceded only by the universities of Prague, Kraków, Pécs, Budapest, Bratislava and Königsberg. Today it is the largest university in Lithuania.

Vytautas Magnus University (VMU) is a public university in Kaunas, Lithuania. The university was founded in 1922 during the interwar period as an alternate national university. 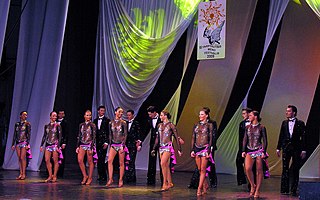 Klaipėda University DSC Žuvėdra is a dancesport formation dance team since 1995 affiliated with Klaipėda University, Klaipėda, Lithuania. It is a 7-time world champion and 9-time European champion. It was founded in 1965 by ballroom dancer Ona Skaistutė Idzelevičienė. She and her husband Romaldas Idzelevičius are the primary trainers.

Lithuanian University of Educational Sciences was a university in Vilnius, Lithuania, which specialized in preparing school teachers and other educators. As of March 2013 it had approximately 8,500 students and 528 members of academic staff. 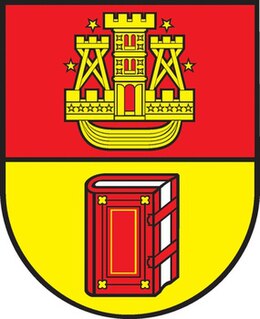 Klaipėda University is a university in the Lithuanian seaport of Klaipėda. 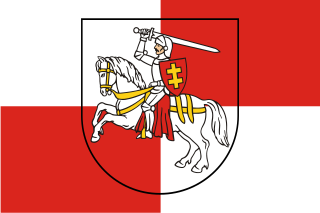 The Polish minority in Lithuania, estimated at 164,000 people, according to the Lithuanian estimates of 2015, or 5.6% of the total population of Lithuania, is the largest ethnic minority in the country and the second largest Polish diaspora group among the post-Soviet states. Poles are concentrated in the Vilnius Region. 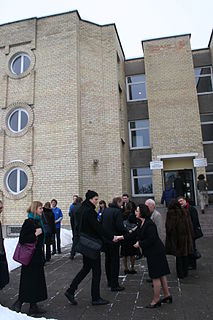 European Humanities University is a private, non-profit liberal arts university founded in Minsk, Belarus, in 1992. Following its forced closure by the Belarusian authorities in 2004, EHU relocated to Vilnius (Lithuania) and thus continues its operations as a private university.

The first documented school in Lithuania was established in 1387 at Vilnius Cathedral. The school network was influenced by the Christianization of Lithuania. Several types of schools were present in medieval Lithuania – cathedral schools, where pupils were prepared for priesthood; parish schools, offering elementary education; and home schools dedicated to educating the children of the Lithuanian nobility. Before Vilnius University was established in 1579, Lithuanians seeking higher education attended universities in foreign cities, including Kraków, Prague, and Leipzig, among others. During the Interbellum a national university – Vytautas Magnus University was founded in Kaunas.

The Imperial Roman Catholic Theological Academy was an institution of higher education preparing Roman Catholic theologians in the Russian Empire. The Academy granted master's and doctorate degrees in theology and was designed to prepare officers for senior positions in the Catholic Church hierarchy. It originated at the Vilnius University, but was transferred to Saint Petersburg in the aftermath of the Uprising of 1831. The Tsarist authorities wanted to exercise greater control over the Academy and implement Russification policies. After the October Revolution in 1917, the Academy was moved to Poland where it became the Catholic University of Lublin. A new theological seminary was established in Moscow in 1993; it moved to the premises of the historical Saint Petersburg Academy in 1995.

The Kražiai College was a Jesuit college in Kražiai, Grand Duchy of Lithuania and later Russian Empire. Established in 1616 in hopes to educate new generations of anti-Protestants, the college was one of the major cultural and educational centers in Samogitia. In 1620–1742, it shared premises with the Samogitian Priest Seminary. In 1844, the college was transferred to Kaunas.

Jonas Steponavičius was a Lithuanian Roman Catholic priest active in Lithuanian cultural and political life. He was ordained a priest in 1906 and earned Ph.D. in psychology in 1912. He returned to Lithuania and became a priest in the Church of St. Johns, Vilnius. He joined Lithuanian cultural life, becoming the first chairman of the Lithuanian Education Society Rytas which established and maintained Lithuanian-language one-room schools. His attempt at holding Lithuanian-language service at the Church of St. Johns caused Polish protests and he was reassigned to the Dominican Church of the Holy Spirit and later to Semeliškės. During World War I, he served as a military chaplain in the Caucasus Campaign. After returning to Lithuania, he joined the Lithuanian Christian Democratic Party and was elected four times to the Seimas (parliament) from 1920 to the December 1926 coup d'état that brought the regime of Antanas Smetona. He retired from politics and became a school director in Zarasai and a teacher in Utena. In mid-1944, Steponavičius was one of the organizers of the Fatherland Defense Force, a short-lived military unit formed to combat approaching Soviet forces. He retreated to Germany where he died in 1947. 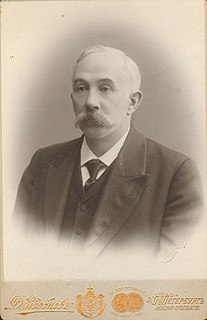