Live at the Royal Festival Hall is an album by Dizzy Gillespie and the United Nation Orchestra. It won the Grammy Award for Best Large Jazz Ensemble Album in 1991. [1] The concert was also released on DVD.

The AllMusic review stated "every selection on this excellent CD works" and awarded the album four stars. [2] The JazzTimes review stated "Though Dizzy's tone and technique had slipped a bit in his 72nd year, he could always summon the magic when he needed to... It's a wonder the walls of the Hall didn't come tumbling down". [3]

All compositions by Dizzy Gillespie except where noted.

(The DVD includes additional vocal features of "Moody's Mood for Love" by James Moody and "Esquinas" by Flora Purim.) 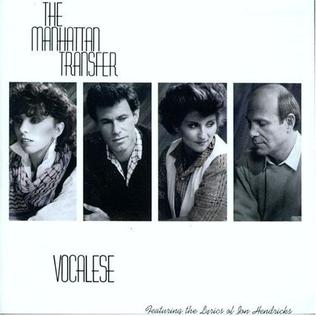 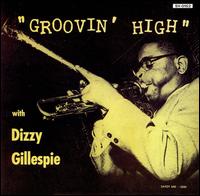 Groovin' High is a 1955 compilation album of studio sessions by jazz composer and trumpeter Dizzy Gillespie. The Rough Guide to Jazz describes the album as "some of the key bebop small-group and big band recordings."

One More Once is a 1994 album by the Latin jazz pianist Michel Camilo. 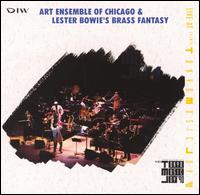 Rhythmstick is a 1990 album and video by Dizzy Gillespie and CTI Records All-Stars.

Birks' Works is an album by trumpeter Dizzy Gillespie recorded in 1957 and released on the Verve label. The original album featured 10 tracks and was reissued as Birks Works: The Verve Big Band Sessions, a 2 CD compilation featuring unreleased tracks, alternate takes and tracks from Gillespie's previous 1956 albums Dizzy in Greece and World Statesman. 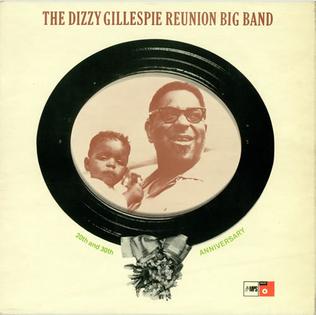 The Dizzy Gillespie Reunion Big Band is a live album by trumpeter Dizzy Gillespie recorded at the Berlin Jazz Festival in 1968 and originally released on the German MPS label.

Afro-Cuban Jazz Moods is an album by Dizzy Gillespie and Machito, featuring arrangements by Chico O'Farrill, recorded in 1975 and released on the Pablo label.

One Night in Washington is a live album by trumpeter Dizzy Gillespie and The Orchestra recorded in 1955 and released on the Elektra/Musician label in 1983. 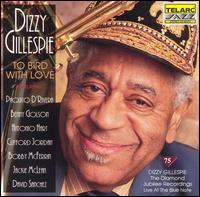 To Bird with Love is a live album by trumpeter Dizzy Gillespie with an array of guest stars. It was recorded at the Blue Note Jazz Club in New York City on January 29, 1992 and released on the Telarc label. Gillespie's performances at the club in January and February of that year yielded two additional live albums, Bird Songs: The Final Recordings and To Diz with Love. Together, these three titles represent his final recordings prior to his death in 1993.

Bird Songs: The Final Recordings is a live album trumpeter Dizzy Gillespie with an array of guest stars recorded at the Blue Note Jazz Club, New York City in 1992 and released on the Telarc label. The album, along with To Bird with Love and To Diz with Love, represent the last recordings made by the legendary trumpeter before his death in 1993.

Dear Diz is an album by Cuban jazz trumpeter Arturo Sandoval that won the Grammy Award for Best Large Jazz Ensemble Album in 2013. The album is Sandoval's tribute to his friend, Dizzy Gillespie. Musicians on the album include Gary Burton, Eddie Daniels, Joey DeFrancesco, and Bob Mintzer. 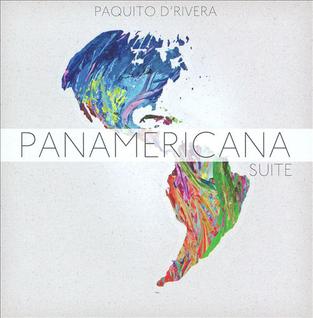 Panamericana Suite is a live album by Cuban jazz performer Paquito D'Rivera. It was released by MCG Jazz on November 2, 2010. The album was produced by Jay and Marty Ashby, and features eight songs performed with several guest performers such as Brenda Feliciano, Dave Samuels and Diego Urcola, among others. Recorded live at the Manchester Craftsmen's Guild in Pittsburgh, Pennsylvania, in April 2008, the album earned the Latin Grammy Award for Best Latin Jazz Album. 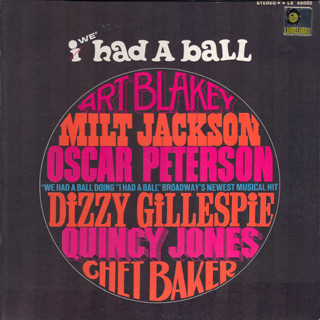 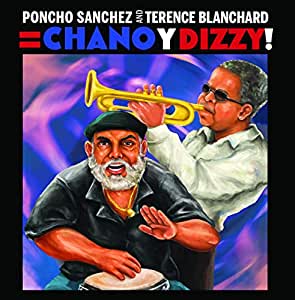 Chano y Dizzy! is a collaborative studio album by conga player Poncho Sanchez and jazz trumpeter Terence Blanchard. The release contains 11 tracks inspired by the works of Dizzy Gillespie and Chano Pozo whose short-lived musical collaboration began in the late 1940s and ended after Pozo's murder in 1948. The album was released by Concord on September 27, 2011. In 2012, the album was nominated for Latin Grammy Award for Best Latin Jazz/Jazz Album.