Lydia Zimmermann is the daughter of two Swiss parents, Yves Zimmermann, a graphic designer, and Bignia Silvia Zimmermann-Kuoni, an anthropologist and textile designer. Her parents met in the United States and moved to Spain. She has also lived in Australia, Canada, Haiti, Switzerland, and the United States. [1] As of 2012, Zimmermann was working on a script of a film that was scheduled to begin shooting in Canada in 2012. Her partner is Isaac Pierre Marcel Racine, also a filmmaker, [2] on whose 1998 film Remedios de Cuba: Scuba Drive she served as editor and on whose 2014 short film Troya [3] she served as executive producer and director's advisor. [1] Her son, Nilo Mur, is a filmmaker as well, and she acted in, together with Racine, and produced his 2007 short film Forse Domani.

In addition, Zimmermann teaches at the European Film Actor School, at the Pompeu Fabra University Communication Department as an Associate Professor offering directing and screenwriting courses and presenting the works during conferences held at the Escola Superior de Cinema i Audiovisuals de Catalunya, as well as at the Ciné Institute in Jacmel, Haiti. [4] She is one of the founders of the Zürich-based film production company Artisan Films GmbH and sits on the board of the Ramuni Paniker Trust, a Barcelona-based group which aims to provide financial support to talented yet underresourced young people in Kerala, India. She has studied under Jonathan Demme, Lindsay Kemp, and Cesc Gelabert, directed Sergi Belbel's Después de la lluvia and a stage adaptation of Sergio Cabrera's film The Strategy of the Snail for the theatre group Comicastros, and has finished a M.A. at Zurich University of the Arts.

Zimmermann is probably best known for her directorial debut Aro Tolbukhin. En la mente del asesino (2002), codirected with Agustí Villaronga and Isaac Pierre Marcel Racine, [5] in which she also had an uncredited cameo and for which she appeared, together with Racine and Villaronga, on Versión española , directed by Félix Piñuela and broadcast by Televisión Española, on 1 April 2005 and on Sala 33, directed by Àlex Gorina i Macià and broadcast by TV3, on 18 December 2010. [6] She has also, among other activities, played the role of a caregiver in Agustí Villaronga's film Moon Child (1989), her acting debut, as well as the roles of a mourner in Antoni Aloy's 1999 film adaptation of the 1898 Henry James novella The Turn of the Screw titled Presence of Mind , a mother in Gemma Ventura's 2009 short film about Carl Jung The Jung Files and once again in the 2010 film Elisa K , directed by Jordi Cadena i Casanovas and Judith Colell, in which she appeares among the acknowledged, and of Ana de Pombo in Agustí Villaronga's 2013 television series Carta a Eva broadcast by La 1. [7] She appeared on 27 November 2014 on the television program Àrtic broadcast by Betevé. She codirected with Agustí Villaronga a television documentary titled Fe about and broadcast by RTVE as part of the series 50 años de on 10 December 2009, and worked as a camera operator during the production of Mariano Barroso's 1994 film Mi hermano del alma and the 2011 film Barcelona, abans que el temps ho esborri directed by Mireia Ros. [8]

Zimmermann's video art, dealing with topics ranging from Andrei Tarkovsky's 1966 film Andrei Rublev , Blanca Portillo's incarnation of Mary during a stage adaptation of Colm Tóibín 2012 novel The Testament of Mary directed by Agustí Villaronga, the Cercle Artístic de Sant Lluc, and fashion designer Jesús del Pozo to Théodore Géricault's 1818–1819 painting The Raft of the Medusa as well as his other work, a 2012 homage to Maria Mercè Marçal titled Ferida arrel: Maria-Mercè Marçal and the personas of Elisabeth Kübler-Ross and Robert Capa, supported by the Consell Nacional de la Cultura i de les Arts and by Banco Sabadell, has appeared at the Centre d'Art Santa Mònica and at the Cercle Artístic de Sant Lluc. Two television films directed by her, La dona de gel (2003) and Perfecta pell (2005), were broadcast by RAI and TV3, and she has also written a screenplay based on Paul Auster's 1995 short story collection The Red Notebook titled Correspondencia. She was also listed in the acknowledgments in Antonio Chavarrías' film Volverás .

In April 2003, Zimmermann, together with Villaronga and Racine, won the Ariel a mejor guion original and was nominated for the Ariel Award for Best Director at the Ariel Awards for Aro Tolbukhin. En la mente del asesino (2002). In January 2011, she was nominated for the Gaudí a la millor actriu secundària at the Gaudí Awards for her role in Elisa K (2010), and, in September 2002, she was nominated for the Golden Shell at the San Sebastián International Film Festival for Aro Tolbukhin. En la mente del asesino (2002). [1] She appeared during the televised ceremony broadcast by TV3 and titled III Premis Gaudí de l'Acadèmia del Cinema Català , directed by Joel Joan and Adrian Smith. A 1995 short film directed by her titled Wake also won the Best Director Award at the St Kilda Short Film Festival as well as the Best Film Award at the Zinebi and a Special Mention of the Jury Award at the Girona Film Festival. 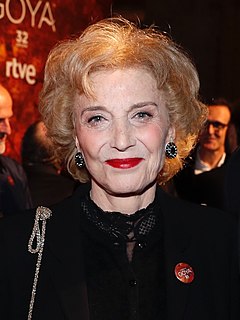 Isabel Coixet Castillo is a Spanish film director. She is one of the most prolific film directors of contemporary Spain, having directed twelve feature-length films since the beginning of her film career in 1988, in addition to documentary films, shorts, and commercials. Her films depart from the traditional national cinema of Spain, and help to “untangle films from their national context ... clearing the path for thinking about national film from different perspectives.” The recurring themes of “emotions, feelings, and existential conflict” coupled with her distinct visual style secure the “multifaceted ” filmmaker's status as a “Catalan auteur.” 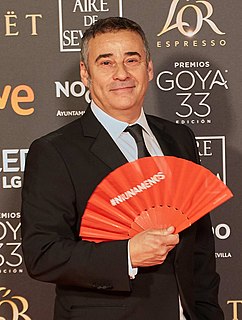 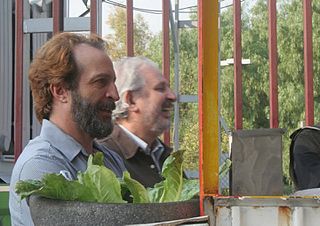 Jordi Dauder i Guardiola was a Spanish actor. Dauder was a veteran actor with a prolific career that includes over a hundred films, plays and television series.

Moon Child is a 1989 Spanish fantasy film directed by Agustí Villaronga. It was entered into the 1989 Cannes Film Festival. 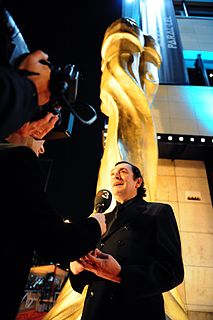 Black Bread is a 2010 Catalan-language Spanish drama film written and directed by Agustí Villaronga. The screenplay is based on the homonymous novel by Emili Teixidor, with elements of two other works by him, Retrat d'un assassí d'ocells and Sic transit Gloria Swanson.

Serena Vergano born Adalgisa Serena Maggiora Vergano , is an Italian actress. She was the muse of the Barcelona School of Film, acting in many of the films of this movement.

Roger Casamajor is a Spanish television, theater and film actor. 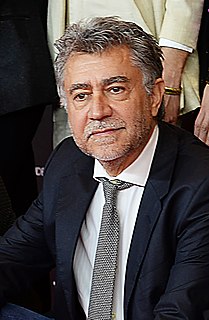 Antonio Chavarrías is a Spanish filmmaker, screenwriter and film producer. Some of his most recognised films are Childish Games (2012), showed at the 2012 Berlinale (2012), Celia's Lives (2006), exhibited at the San Sebastián International Film Festival, and You'll Be Back (2002), which earned him a nomination for the Goya Awards for the Best Adapted Screenplay in 2002. 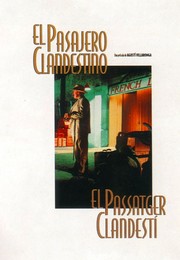 El pasajero clandestino is a 1995 French-Spanish dramatic independent underground television art film directed by Agustí Villaronga. It is adapted from the Georges Simenon novel of the same name and has a runtime of 96 minutes. It is a part of Cycle Simenon.

María Pedraza is a Spanish actress and ballerina best known for portraying Alison Parker in the Spanish series La Casa de Papel. She also starred in the Netflix series Élite, playing the role of Marina.

Roser Aguilar is a Spanish film director and screenwriter.