Mark Clarke (born 25 July 1950 in Liverpool) is an English musician, bass player and singer, best known for his work with Colosseum and Mountain, as well as brief stints with Uriah Heep and Rainbow.

After seeing the Beatles and many other bands in Liverpool as a young boy at the age of 12, he decided to be a bass player. In 1966 Mark Clarke played with the Kegmen, in 1968 with the Locomotive and late 1968 with St. James Infirmary. Liverpool Echo called him in an article "the Joe Cocker of Liverpool".

After a year of local gigs he moved to London, where he was introduced to Clem Clempson, who played at that time in Colosseum. After some time Mark was asked by Jon Hiseman to join Colosseum in the summer 1970 and he played in the band until the split late 1971, and again 21 years from the reunion in 1994 till the farewell in 2015. [1] After Colosseum split he was briefly around the turn of the years 1971/1972 a member of Uriah Heep, [2] performing (and co-writing) on one studio track, "The Wizard", on the 1972 album Demons and Wizards . In the beginning of 1973 he became a member of Jon Hiseman's Tempest [3] and played bass on the two Tempest studio albums with Allan Holdsworth, Ollie Halsall and Paul Williams, and a live album issued later. He also played bass on Ken Hensley's solo albums.

In 1975 he formed Natural Gas with Joey Molland, Jerry Shirley and Peter Wood. He also played shortly with Ritchie Blackmore's Rainbow. In 1980 he started working with Billy Squier and recorded Don't Say No , The Stroke , In the Dark and many other albums with him. In 1986 he toured with the Monkees, and worked for many years with Davy Jones. Clarke has also worked twice in 1984-1985 and 1995-1996 with Mountain, [4] Ian Hunter and Torque, recording albums with all of them.

With Colosseum he played again from the reunion in 1994 to the farewell concert at the Shepherd's Bush Empire in London on 28 February 2015.

In 2010 Mark Clarke released his first solo album Moving to the Moon, which was co-produced by Ray DeTone, who also played all guitars on the record.

In 2017 Mark Clarke became a member of a new trio band called JCM. Other members of the band were drummer Jon Hiseman and guitarist Clem Clempson. The band recorded an album "Heroes" late in 2017 and it was released in April 2018. JCM begun touring Europe on 7 April 2018 but the tour ended after the show on the 22 April in Bonn due Jon Hiseman*s illness. Hiseman died in June 2018 which initially appeared to be the end of JCM, however in early 2019 it was announced that band would continue with Ralph Salmins taking over drums. Tours of Europe and the UK took place throughout 2019. 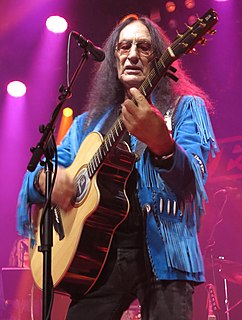 Kenneth William David Hensley was an English singer-songwriter, multi-instrumentalist and producer, best known for his work with Uriah Heep during the 1970s. 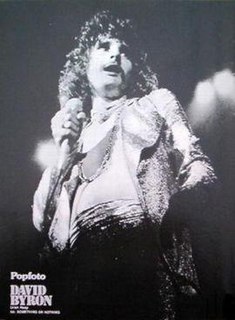 David Garrick, better known by his stage name David Byron, was a British singer and songwriter, best known in the early 1970s as the lead vocalist with the rock band Uriah Heep. Byron possessed a powerful operatic voice and a flamboyant stage presence.

Colosseum are an English progressive jazz-rock band, mixing blues, rock and jazz-based improvisation. Colin Larkin wrote that "the commercial acceptance of jazz rock in the UK" was mainly due to the band. 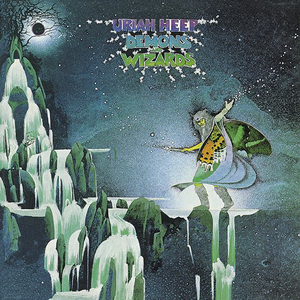 Philip John "Jon" Hiseman was an English drummer, recording engineer, record producer, and music publisher. He was married to saxophonist Barbara Thompson from 1967 until his death in 2018 following surgery to remove a brain tumour. 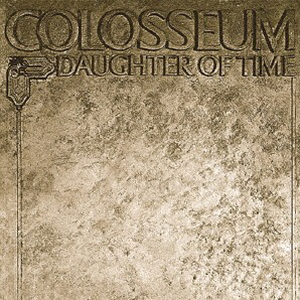 Daughter of Time is the fourth album by Colosseum, released in 1970. The album remained for five weeks in the UK Albums Chart peaking number 23. Recorded in the midst of an upheaval in the band's lineup, only one of its eight tracks, "Three Score and Ten, Amen", features all six of the official band members.

Colosseum Live is a live album by Colosseum, released in 1971. It was one of the band's most commercially successful albums, remaining in the UK Albums Chart for six weeks and peaking at number 17. The album peaked at number 48 in Australia in 1972. 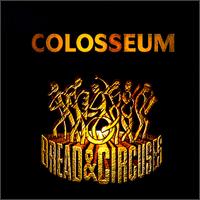 Tomorrow's Blues is an album by the band Colosseum that was released in 2003. 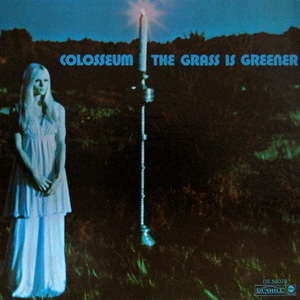 The Grass Is Greener is an album by Colosseum, released in January 1970.

Tempest was a British progressive rock band active from 1972 to 1974. Its core members were Jon Hiseman on drums and Mark Clarke on bass. They released two studio albums before breaking up.

"The Wizard" is a song by British rock band Uriah Heep, from their 1972 album Demons and Wizards. It was the first single to be lifted from the album. It was composed by Mark Clarke and Ken Hensley. It is a gentle, semi-acoustic ballad whose lyrics deal with a man wandering until he meets "the Wizard of a thousand kings", a possible reference to Merlin or Gandalf. This song is the first Uriah Heep single which had a music video. 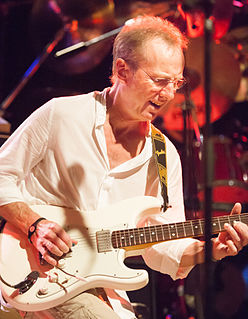 David "Clem" Clempson is an English rock guitarist who has played as a member in a number of bands including Colosseum and Humble Pie.

May Blitz was a Canadian-British psychedelic rock power trio that was active in the early 1970s.

Bakerloo was an English heavy blues-rock trio, established by Staffordshire guitarist David "Clem" Clempson, Terry Poole and others in the late 1960s, at the high point of the influence of The Jimi Hendrix Experience and Cream. Although the group was prominent only for around a year (1968–9) and released only one album, it played an important part in the history of the genre, especially in view of its members' subsequent involvement with Colosseum, Humble Pie, May Blitz, Graham Bond, Vinegar Joe, Judas Priest and Uriah Heep.

The Best of Uriah Heep is the title of the most successful compilation album by the British rock band Uriah Heep. It was released by Bronze Records and Mercury Records in three distinct editions with roughly the same songs, but different cover art and track listing. The first edition was released in 1974 in Canada, the second in 1975 in Europe and the third the following year in the US. Some European editions had the song "Lady in Black" substituted by "Suicidal Man". The compilation reached gold status in Germany.