Stranger in Us All

Stranger in Us All is the eighth and most recent studio album by the reformed British hard rock band Rainbow, released in 1995. Guitarist Ritchie Blackmore put together a new version of Rainbow with little-known musicians in 1994. Stranger in Us All was originally intended to be his solo album, but due to pressures from BMG, it was billed as Ritchie Blackmore's Rainbow, making Stranger in Us All the band's first studio album in twelve years. [1] As Blackmore decided to pursue different musical styles (forming Blackmore's Night with his companion Candice Night), this was his final recording as a rock artist for two decades, until he put together a reincarnation of Rainbow in 2016 and released a series of new singles. The album takes its name from a line in the song "Black Masquerade".

Released in the post-grunge mid-1990s, Stranger in Us All achieved a modest success, particularly in Europe.

Much of the album was featured in the live concert sets. Drummer John O'Reilly was replaced for the tour by the returning Chuck Burgi. John Miceli joined the band for the U.S. shows, from February to May 1997, plus one in Denmark. A live performance recorded at Philipshalle Düsseldorf for German TV show Rockpalast on October 9, 1995 was released on the DVD Black Masquerade in 2013.

A few songs off the album were played live by the band Over the Rainbow in 2008 and 2009, as the line-up featured Greg Smith and Paul Morris, who played in Rainbow in 1995.

The songs have been also performed occasionally by Doogie White, for example in 2004 with a band called White Noise, and 2010 presentations with Rata Blanca. An official DVD recording of White Noise titled In the Hall of the Mountain King was released in 2004. The song "Ariel" was performed live by Blackmore's Night on their 2007 Paris Moon tour. 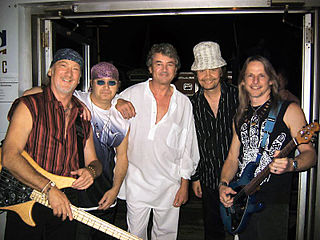 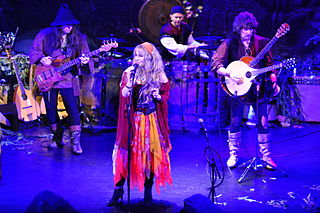 Blackmore's Night is a British/American traditional folk rock band formed in 1997, consisting mainly of Ritchie Blackmore and Candice Night. Their lineup has seen many changes over the years. To date, they have released eleven studio albums. 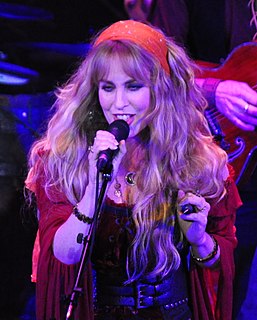 Candice Night is an American vocalist/lyricist, multi-instrumentalist for the traditional folk rock project Blackmore's Night since its origins in 1997, and wife of British guitarist Ritchie Blackmore. Her first solo album, Reflections, was released in 2011. 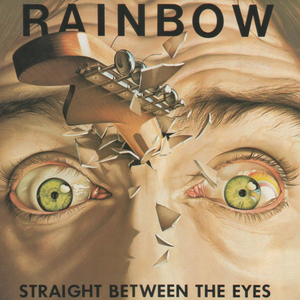 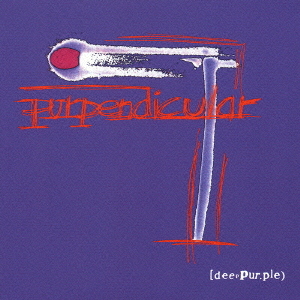 Purpendicular is the fifteenth studio album by the English rock band Deep Purple. Released in 1996 it is their first album with guitarist Steve Morse from Dixie Dregs, who replaced Ritchie Blackmore; Blackmore meanwhile resurrected Rainbow and released the album Stranger in Us All.

Nobody's Perfect is a live album released in 1988 by the British rock band Deep Purple. It was recorded during the band's tour in support of The House of Blue Light in 1987 in Europe and the United States. The outer sleeve photography was designed by Aubrey Powell of Hipgnosis.