The Melbourne Symphony Orchestra (MSO) is an Australian orchestra based in Melbourne. The MSO is resident at Hamer Hall. The MSO has its own choir, the MSO Chorus, following integration with the Melbourne Chorale in 2008.

The MSO relies on funding by the Victorian State Government and the Federal government and support from private corporations and donors. It is supported by Symphony Services International. Sophie Galaise joined the MSO as its first female Managing Director in 2016. Its current Chairman is Michael Ullmer.

The founder of the Albert Street Conservatorium Orchestra was Alberto Zelman. This orchestra gave its first concert on 11 December 1906. In 1923, Bertha Jorgensen became the first female leader of a professional orchestra in Australia, and she went on to play with the orchestra for 50 years and became the longest-serving female leader of an orchestra on an international scale. In 1927, the orchestra combined with the Melbourne University Symphony Orchestra to form the Melbourne Symphony Orchestra. [1]

The MSO's longest-serving chief conductor was Hiroyuki Iwaki (1974–1997), who was named Conductor Laureate of the orchestra in 1989 and held the title until his death in 2006. The orchestra's most recent Chief Conductor, Sir Andrew Davis (conductor), was appointed in June 2012. Sir Andrew Davis gave his inaugural concerts as the MSO's Chief Conductor in 2013, having made his debut with the orchestra in 2009. [3] The MSO also works with Principal Conductor in Residence Benjamin Northey and guest conductors like Thomas Adès, John Adams, Tan Dun, Markus Stenz and Simone Young.

The MSO was the first Australian orchestra to perform overseas (New Zealand, 1965), and the first to play in Carnegie Hall, New York, in 1970. [4] Its overseas tours – the US, Canada, Japan, Korea, Europe (2000, 2007, 2014), China (2002), St Petersburg, Russia (2003) and Japan (2005) – have gained it widespread international recognition. In January 2000, under the baton of the then Chief Conductor and Artistic Director Markus Stenz, the MSO represented Australasia at the Festival of the Five Continents in the Canary Islands alongside other orchestras such as the Berlin Philharmonic and New York Philharmonic. In January 2007 the Orchestra embarked on its second European tour, visiting five cities in Spain (Castellon, Barcelona, Zaragoza, Pamplona, Madrid), Paris, Berlin and Milan.

Sir Andrew Davis became chief conductor in 2013. During his tenure, the MSO made its debut at five of the classical music festivals, including The Proms and the Edinburgh International Festival. [5] In July 2015, the MSO extended Davis' contract through 2019. [6] In April 2018, the MSO announced that Davis is to conclude his MSO chief conductorship at the end of December 2019. [7]

In April 2020, in the wake of the COVID-19 pandemic and the cancellation of live performances, the MSO management stood down the MSO musicians and selected administrative staff into 'hibernation' status. [8] [9]

In June 2019, Jaime Martín first guest-conducted the MSO. He returned for an additional guest-conducting appearance in February 2021. In June 2021, the MSO announced the appointment of Martin as its next chief conductor, effective in 2022. [10]

The Tasmanian Symphony Orchestra (TSO) is a symphony orchestra based in Hobart, Tasmania, Australia. It is the smallest of the six orchestras established by the Australian Broadcasting Corporation (ABC).

The West Australian Symphony Orchestra (WASO) is an Australian symphony orchestra based in Perth, Western Australia. Its principal concert venue is the Perth Concert Hall. WASO also gives concerts at the Mandurah Performing Arts Centre. As of March 2012, WASO has a roster of 79 full-time musicians. The orchestra has an affiliated WASO Chorus. WASO currently presents over 170 performances per annum throughout the state. 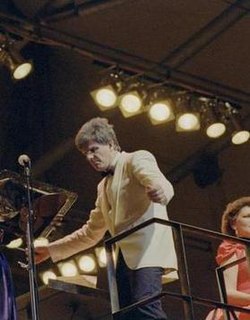 Stuart David Challender was an Australian conductor, known particularly for his work with The Australian Opera, Elizabethan Sydney Orchestra and the Sydney Symphony Orchestra. 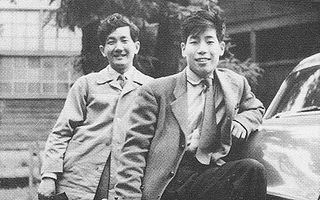 Hiroyuki Iwaki AO was a Japanese conductor and percussionist. 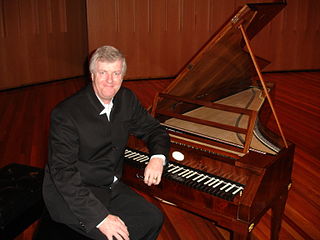 Geoffrey Lancaster is an Australian classical pianist and conductor. Born in Sydney, he was raised in Dubbo, New South Wales before moving to Canberra. He attended the Canberra School of Music where he studied piano with Larry Sitsky. He also studied at the Sydney Conservatorium of Music, graduating with a Doctor of Philosophy, and also completed a master's degree at the University of Tasmania. In 1984, he moved to Amsterdam to study fortepiano with Stanley Hoogland at the Royal Conservatory of The Hague. In 1996 he was a professor at the Royal College of Music in London, following which he worked at the School of Music at the University of Western Australia. He was a professor of the ANU School of Music from 2000 until 2012. Now based in Perth, he is Professor of the Western Australian Academy of Performing Arts at Edith Cowan University. 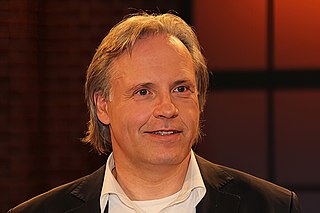 Nigel Westlake is an Australian composer, musician and conductor. As a composer for the screen, his film credits include the feature films Ali's Wedding, Paper Planes, Miss Potter, Babe, Babe: Pig in the City, Children of the Revolution and The Nugget.

(Andrew) Alexander Briger AO is an Australian classical conductor. He is the nephew of the conductor Sir Charles Mackerras, and both are descended from the composer Isaac Nathan. 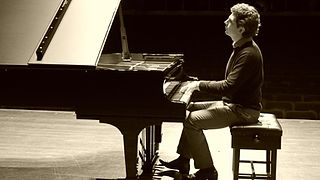 Jayson Lloyd Gillham is an Australian classical pianist, based in London. In 2014, Gillham was the winner of the 2014 Montreal International Musical Competition, which brought him to international attention. His outstanding performance of Beethoven's Piano Concerto No. 4 was described in the Huffington Post as being played 'with such streamlined patrician elegance that he took home First Prize and a string of engagements...' The renowned British conductor Sir Mark Elder said Gillham 'plays Beethoven with a sort of ‘glow’'. In May 2015, Gillham signed a three-album deal with ABC Classics.

Jeffrey Crellin is an Australian oboist, who was principal of the Melbourne Symphony Orchestra (MSO) from 1977 to 2021. He was also the founder and Artistic Director of Australia Pro Arte from 1990 to 2006, a Melbourne-based chamber orchestra that later changed its name to the Melbourne Chamber Orchestra. Crellin is also a faculty member at the Australian National Academy of Music (ANAM).