The Berlin Philharmonic (German: Berliner Philharmoniker) is a German orchestra based in Berlin which is consistently ranked in the top handful of orchestras in the world, distinguished amongst peers for its virtuosity and compelling sound.

The Berlin Philharmonic was founded in Berlin in 1882 by 54 musicians under the name Frühere Bilsesche Kapelle (literally, "Former Bilse's Band"); the group broke away from their previous conductor Benjamin Bilse after he announced his intention of taking the band on a fourth-class train to Warsaw for a concert. The orchestra was renamed and reorganized under the financial management of Hermann Wolff in 1882. Their new conductor was Ludwig von Brenner; in 1887 Hans von Bülow, the conductor of the Meiningen Court Orchestra and one of the most famous piano virtuosos of the time, took over the post. This helped to establish the orchestra's international reputation, and guests Hans Richter, Felix von Weingartner, Richard Strauss, Gustav Mahler, Johannes Brahms and Edvard Grieg conducted the orchestra over the next few years. In 1887, the pianist and composer Mary Wurm became the first woman to conduct the orchestra. [1] Programmes of this period show that the orchestra possessed only 46 strings, much less than the Wagnerian ideal of 64.

In 1895, Arthur Nikisch became chief conductor, and was succeeded in 1923 by Wilhelm Furtwängler. Despite several changes in leadership, the orchestra continued to perform throughout World War II. After Furtwängler (who was personally opposed to the Nazi regime [ citation needed ]) fled to Switzerland to escape arrest by the Gestapo in January 1945, Leo Borchard became chief conductor. The final wartime concert was on 12 April 1945, just before the commencement of the Battle of Berlin. The program included Brünnhilde's Immolation Scene and the finale from Wagner's Götterdämmerung (Twilight of the Gods). [2] Hitler Youth are reported to have distributed cyanide pills to the audience for those who wished, by death, to escape the imminent arrival of the Red Army. [3] [4]

Borchard was accidentally shot and killed later in 1945 by the American forces occupying Berlin. [5] Sergiu Celibidache then took over as chief conductor for seven years, from 1945 to 1952. Furtwängler returned as chief conductor in 1952 and held the post until his death in 1954.

In 1989, the orchestra elected Claudio Abbado as its next principal conductor. It was the first time the Philharmonic resorted to democratic voting after the fall of the Berlin Wall in 1989. Abbado expanded the orchestra's repertoire beyond the core classical and romantic works into more modern 20th-century works. Abbado stepped down from the chief conductorship of the orchestra in 2002. During the post-unification period, the orchestra encountered financial problems resulting from budgetary stress in the city of Berlin. [7] In 2006, the Orchestra Academy of the Berlin Philharmonic established the Claudio Abbado Composition Prize in Abbado's honour. [8]

In June 1999, the musicians elected Sir Simon Rattle as their next chief conductor. [9] Rattle made it a condition of his signing with the Berlin Philharmonic that it be turned into a self-governing public foundation, with the power to make its own artistic and financial decisions. This required a change to state law, which was approved in 2001, allowing him to join the organization in 2002. In his first season, he initiated community projects, such as a performance of Stravinsky's Le Sacre du printemps danced by 250 children public schools, documented in Rhythm Is It! . Rattle's contract with the orchestra was initially through 2012. In April 2008, the BPO musicians voted in favour of retaining Rattle as their chief conductor through 2018. [10] From 2006 to 2010, the general manager of the orchestra was Pamela Rosenberg. [11] In September 2010, Martin Hoffmann became the orchestra's new Intendant. [12] Hoffmann stood down as its Intendant after the close of the 2016/2017 season. Andrea Zietzschmann became Intendantin of the orchestra as of the 2017-2018 season. [13] In December 2020, the orchestra announced the extension of Zietzschmann's contract as Intendantin through 31 August 2025. [14]

In 2006, the orchestra announced it would investigate its role during the Nazi regime. [15] In 2007, Misha Aster published The Reich's Orchestra, his study of the relationship of the Berlin Philharmonic to the rulers of the Third Reich. [16] Also in 2007, the documentary film The Reichsorchester by Enrique Sánchez Lansch was released. [17]

UNICEF appointed the Berlin Philharmonic Orchestra and Rattle as Goodwill Ambassadors in November 2007. [18] On 10 January 2013, the orchestra announced the scheduled end of Rattle's tenure as artistic director and chief conductor in 2018. [19] In 2014, the orchestra founded its own label, Berliner Philharmoniker Recordings.

The orchestra's first concert hall, the Philharmonie situated on the Bernburger Straße in Berlin Kreuzberg, was inaugurated in 1882 in a building previously used as a skating rink [26] and converted by the architect Franz Schwechten. In 1899, a smaller concert hall, the Beethovensaal on Köthener Straße, was also inaugurated for chamber music and chamber ensembles. The first Philharmonie was used until British bombers destroyed it on 30 January 1944, the anniversary of Hitler becoming chancellor. [27] The orchestra played until the end of the war in the Staatsoper, Unter den Linden. The Staatsoper was also destroyed on 3 February 1945. In need of a venue, the Berlin Philharmonic played during the years following the war in the Titania-Palast, an old movie theater converted in a concert hall, and still used the Beethovensaal for smaller concerts. During the 1950s the orchestra moved its concerts at the Musikhochschule (today part of the Berlin University of the Arts), in the Joseph-Joachim-Konzertsaal. However, most of the recordings were done at the Jesus-Christus-Kirche in Berlin Dahlem, celebrated for its acoustics.

The need for a new Philharmonie was expressed since 1949, when the Gesellschaft der Freunde der Berliner Philharmonie e.V. (Friends of the Berliner Philharmonie Society) was created to gather funds. The building of the new Philharmonie started in 1961, following the design of architect Hans Scharoun, and it was inaugurated on 15 October 1963, with a performance of Beethoven's Ninth Symphony, conducted by Herbert von Karajan. Its location made it part of the Kulturforum, and the great hall (2,440 seats) was then complemented by a chamber-music hall, the Kammermusiksaal (1,180 seats), built in 1987, following the design of architect Edgar Wisniewski, after a project by Hans Scharoun.

The Berliner Philharmonie has since been the home of the Berlin Philharmonic, and its symbol. The orchestra's logo is based on the pentagon-shape of the concert hall.

On 20 May 2008, a fire broke out at the Philharmonie. One-quarter of the roof underwent considerable damage as firefighters cut openings to reach the flames beneath the roof. [28] [29] The hall interior also sustained water damage, but was otherwise "generally unharmed". The firefighters limited damage by the use of foam. The orchestra was restricted from use of the hall for concerts until June 2008. [30]

On 18 December 2008, the orchestra announced the official creation of a Digital Concert Hall. [31] This hitherto unique internet platform of the BPO enables persons with computer access all over the world to see and hear the Philharmonic's concerts, live or on demand, not only under recent conductors, but even previous concerts conducted, e.g., by Claudio Abbado. Since July 2014, the Digital Concert Hall additionally offers livestreams produced from HD movies of concerts by Herbert von Karajan in the 1960s and early 1970s. Since 2010, selected concerts of the Berlin Philharmonic have been transmitted live to cinemas in Germany and Europe. [32]

The orchestra conferred honorary membership to the conductors Daniel Barenboim (he is also the first and only honorary conductor), Bernard Haitink, Nikolaus Harnoncourt, Seiji Ozawa, Mariss Jansons, and Zubin Mehta. [33] 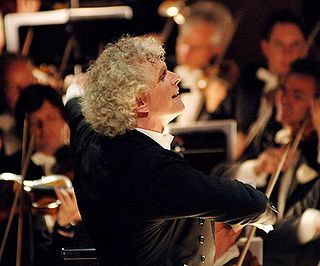 Sir Simon Denis Rattle is a British conductor. He rose to international prominence during the 1980s and 1990s, while music director of the City of Birmingham Symphony Orchestra (1980–1998). Rattle was principal conductor of the Berlin Philharmonic from 2002 to 2018. He is currently music director of the London Symphony Orchestra, since September 2017. Among the world's leading conductors, in a 2015 Bachtrack poll, he was ranked by music critics as the world's second best living conductor. 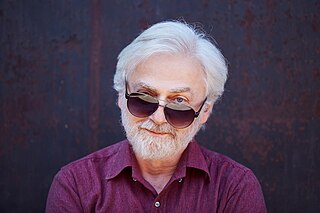 Krystian Zimerman is a Polish pianist and conductor, who has been described as one of the finest living pianists. In 1975, he won the IX International Chopin Piano Competition.

Yuja Wang is a Chinese classical pianist. She was born in Beijing, began studying piano there at age six, and went on to study at the Central Conservatory of Music in Beijing and the Curtis Institute of Music in Philadelphia. By the age of 21, she was already an internationally recognized concert pianist, giving recitals around the world. She has a recording contract with Deutsche Grammophon. In an interview with the Los Angeles Times, she said: "For me, playing music is about transporting to another way of life, another way of being. An actress does that." Yuja Wang lives in New York City. 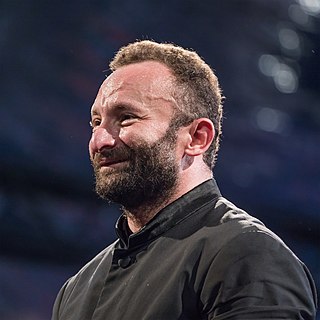 Kirill Garrievich Petrenko is a Russian-Austrian conductor. He is currently general music director of the Bavarian State Opera and chief conductor of the Berlin Philharmonic.

The Digital Concert Hall of the Berlin Philharmonic Orchestra is a website which transmits the concerts of the Berlin philharmonic orchestra to the internet for registered users to access on demand. 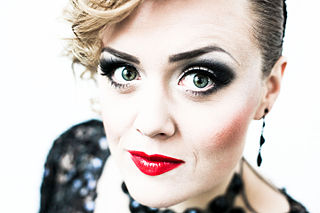 Iwona Sobotka is a Polish soprano and Grand Prix Winner of the Queen Elizabeth Music Competition.

Georg Faust is a German cellist, he was the principal cellist of the Berlin Philharmonic from 1985 to 2012.

Accentus Music is a German classical music record label and production company founded in March 2010 in Leipzig Germany, where the company is based. The label produces audio recordings (CD) and video (DVD/Blu-ray). 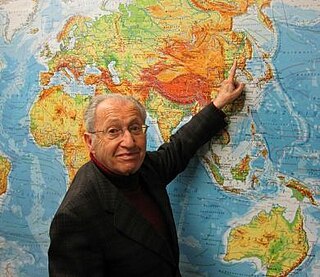 Hellmut Stern was a German violinist who played principal violin with the Berlin Philharmonic. He published his autobiography in 1990, narrating his life in exile in China from 1938, Israel from 1949, and the U.S. from 1956, and his return to Berlin in 1961. Through his membership of the board of the Berlin Philharmonic, he initiated the orchestra's first tour to Israel.

Neithard Resa is a German violist and former member of the Berlin Philharmonic. 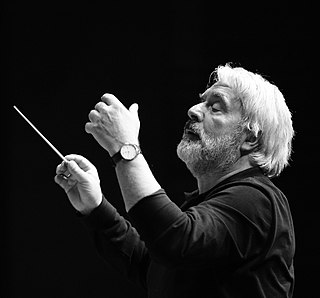