Office of the Historian

The Office of the Historian is an office of the United States Department of State within the Foreign Service Institute. The Office is responsible, under law, for the preparation and publication of the official historical documentary record of U.S. foreign policy in the Foreign Relations of the United States series, which can be accessed at the Office's website. [1] It researches and writes historical studies on aspects of U.S. diplomacy for use by policymakers in the Department and in other agencies as well for the public.

The office also makes recommendations to other bureaus regarding the identification, maintenance, and long-term preservation of important historical diplomatic records. Its outreach activities include participating in the planning and installation of the historical components of the planned United States Center for Diplomacy in the Department, counseling private scholars and journalists on historical research issues, and responding to government and public inquiries on diplomatic history questions. 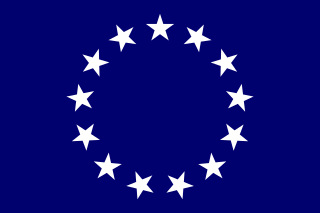 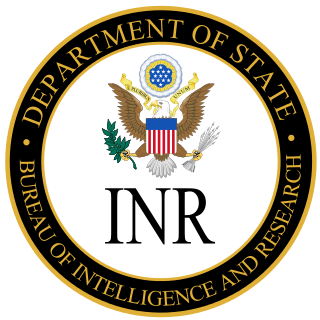 The Foreign Service Institute (FSI) is the United States federal government's primary training institution for employees of the U.S. foreign affairs community, preparing American diplomats as well as other professionals to advance U.S. foreign affairs interests overseas and in Washington. FSI provides more than 800 courses—including up to 70 foreign languages—to more than 225,000 enrollees a year from the U.S. Department of State and more than 50 other government agencies and the military service branches. FSI is based at the George P. Shultz National Foreign Affairs Training Center in Arlington, Virginia.

The Bureau of Near Eastern Affairs (NEA), also known as the Bureau of Near East Asian Affairs, is an agency of the Department of State within the United States government that deals with U.S. foreign policy and diplomatic relations with the nations of the Near East. It is headed by the Assistant Secretary of State for Near Eastern Affairs, who reports to the Under Secretary of State for Political Affairs.

The U.S. Department of State's Bureau of International Information Programs (IIP) supports the department's public diplomacy efforts by providing and supporting the places, content, and infrastructure needed for sustained conversations with foreign audiences. IIP is one of three bureaus that report to the Undersecretary for Public Diplomacy and Public Affairs. The Bureau of Educational and Cultural Affairs and the Bureau of Public Affairs are the sister bureaus.

The Association for Diplomatic Studies and Training (ADST) is a United States non-profit organization established in 1986 by retired Foreign Service officers. It produces and shares oral histories by American diplomats and facilitates the publication of books about diplomacy by diplomats and others. Its Foreign Affairs Oral History program has recorded over 2,500 oral histories and continues to grow; its book series includes over 100 books. ADST is located on the campus of the Foreign Service Institute in Arlington, Virginia.

The Bureau of Energy Resources (ENR) is an agency in the United States Department of State that coordinates the department's efforts in promoting international energy security. The bureau is under the purview of the Under Secretary of State for Economic Growth, Energy, and the Environment.