It is the second single from the album Ayer Fue Kumbia Kings, Hoy Es Kumbia All Starz by A.B. Quintanilla y Los Kumbia All Starz. "Parece Que Va a Llover" reached #33 on "Latin Regional Mexican Airplay". [7] It was included in the homage album to Pedro Infante [8]

The Kumbia Kings were a Mexican-American cumbia group from Corpus Christi, Texas, created by A. B. Quintanilla. Their music encompasses the styles of cumbia, hip hop, and R&B. They produce songs in both Spanish and English. The band's producers from the beginning have been Quintanilla and Cruz Martínez. Quintanilla is the brother of the late "Queen of Tejano", Selena. Quintanilla played bass guitar for the group, while Martínez, husband of international artist Alicia Villarreal, played keyboards. Both co-wrote songs for the Kumbia Kings. Though the group has gone through a revolving door of members in recent years amid controversy and finger-pointing, and the Kumbia Kings of today are vastly different from what originated in Corpus Christi over eight years ago, Quintanilla and Martínez were always the soul of the group. Gone are original members Frankie J and DJ Kane, both of whom have gone on to significant success as solo artists, as well as the group K1, a collaboration of founding members of Kumbia Kings who have defected from the group for reason of "internal dissension". Quintanilla, Irvin "Pee Wee" Salinas, as well as Selena's widower Chris Pérez, also decided to leave the group due to that same "internal dissension" and joined Los Kumbia All Starz, formed by A.B. Quintanilla. Martínez kept what was left of Los Kumbia Kings and formed his own group Los Super Reyes with the remaining members. In October 2009, Quintanilla and Martínez solved their differences, and announced that the Kumbia Kings would reunite for a series of concerts lasting from late 2009 through early 2010.

Raulín Marte Rodríguez is a bachata artist, one of the first major bachata artists to have international success and popularize this style of music in the Dominican Republic.

Pedro Infante Cruz was a Mexican ranchera music singer and actor, whose career spanned the golden age of Mexican cinema. His popularity spread across Latin America. 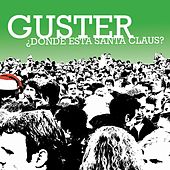 "¿Dónde Está Santa Claus?" is a novelty Christmas song. 12-year-old Augie Rios had a hit with the song in 1958 which featured the Mark Jeffrey Orchestra. Written by George Scheck, Rod Parker, and Al Greiner, and copyrighted in 1958, the copyright was renewed and is owned by Ragtime Music. The song was originally released on MGM Records' Metro label. The 45 record single was backed with the song "Ol' Fatso ."

Premio Lo Nuestro 2008 was held on February 21, 2008, at the American Airlines Arena in Miami, Florida. It was broadcast live by Univision Network.

The 2008 Billboard Latin Music Awards, produced and broadcast live on Telemundo, was held on Thursday, April 10, 2008. The award show aired on Telemundo at 7pm EST.

Los Super Reyes are an American musical group from Corpus Christi, Texas who play Mexican cumbia. The group was created by Cruz Martínez after he and A.B. Quintanilla had arguments over Martínez selling the group they were both in at the time, Los Kumbia Kings. A.B. Quintanilla left the group, which he had created, along with other members and created Kumbia All Starz. Cruz Martínez kept the remaining members of Los Kumbia Kings but changed the name to Los Super Reyes for legal issues.

"El Corrido de Rosita Alvírez" is a Mexican corrido, a type of storytelling put to music. It tells the story of young Rosita Alvírez who, despite her mother's warnings, decides to go to a baile (dance) one night. She gets there and a man named Hipolito asks her to dance. She declines, and Hipolito shoots her three times because of the embarrassment he feels. In the end, Rosita is in el cielo (heaven) and Hipolito is in la cárcel (jail). 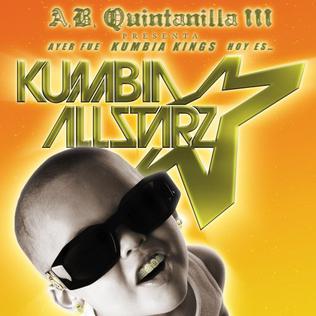 Ayer Fue Kumbia Kings, Hoy Es Kumbia All Starz is the debut studio album by Mexican-American cumbia group A.B. Quintanilla y Los Kumbia All Starz and the fifth studio album by Mexican-American musician A.B. Quintanilla. It was released on October 3, 2006 by EMI Latin. The fan edition was released on October 2, 2007. It has all the songs from the standard edition plus two more tracks and the music videos for "Chiquilla", "Parece Que Va a Llover", and "Speedy Gonzales". 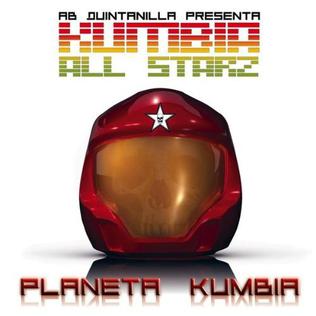 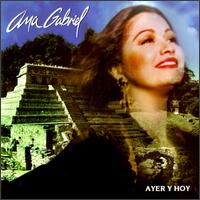 Ayer y Hoy is the 10th studio album by Mexican pop singer Ana Gabriel. It was released on 1994. This material was produced by herself. She praises several idols of ranchera music with this material like Agustín Lara, José A. Jiménez, Juan Gabriel, Armando Manzanero and Cuco Sánchez. Ayer y Hoy was nominated for a Lo Nuestro Award for Regional Mexican Album of the Year at the 7th Lo Nuestro Awards.

The 7th Annual Premios Oye! took place at the Foro Monumental in Zacatecas, Zacatecas on November 26, 2008. The nominees were announced on September 29 with Vicente Fernández receiving 5 nominations, followed by Julieta Venegas and Juanes with 4 each one, with 3 each one, Amandititita and Ximena Sariñana. Miguel Bosé will be awarded by the Academia Nacional de la Música en México for his 31 years or career. The voting process is certified by PricewaterhouseCoopers.

Ricardo Ruiz Pérez, better known as Ricky Rick, is a Mexican singer, rapper and former vocalist for the band A.B. Quintanilla y Los Kumbia All Starz. He has a successful career with Kumbia All Starz, performing songs such as "Mami" "Rica y Apretadita" and "Por Ti Baby." The singer-songwriter Ricky commenced his musical profession when a friend introduced him to A.B. Quintanilla who at the time was auditioning members for a new musical concept. Barely two days after a brief telephone audition, A.B. flew him to Texas to start recording the songs that would then become megahits for the band.