Born in Depew, New York in 1942, Dobson signed with Detroit in 1959. After spending seven years in the minor leagues and winter ball, pitching both in relief and starting, [1] he made his debut with the big team in the 1967 season after starting the season 4–1 with a 1.47 ERA in six starts for the AAA Toledo Mud Hens. Dobson would spend the next 2 1/2 years as a reliever and spot starter for the Tigers including pitching 4 2/3 innings of relief in the team's 1968 World Series victory over the St. Louis Cardinals. [2] Unable to claim a spot in the Tigers' rotation of Mickey Lolich, Denny McLain, Earl Wilson, and Joe Sparma, Dobson was traded to San Diego in 1969 along with Dave Campbell for a young Joe Niekro. [3] After going 14–15 with 185 strikeouts and a 3.76 earned run average as the staff ace for the last-place Padres, he was traded along with Tom Dukes to Baltimore for Enzo Hernández, Tom Phoebus, Fred Beene and Al Severinsen on December 1, 1970. [4]

In 1971 Dobson had a winning streak of 12 games (including nine consecutive complete games) and a scoreless inning streak of 23. On September 24, he recorded his 20th win, a 7–0 shutout against the Indians. Dobson posted a 20–8, 187, 2.90 season record, and was part of the Orioles' "Big Four" pitching staff along with Dave McNally (21–5), Mike Cuellar (20–9), and Jim Palmer (20–10). Baltimore went on to win 101 games, with the distinction of having four 20-game winners in a season; only one other team in MLB history, the 1920 Chicago White Sox, have had four 20-game winners. On November 2, 1971, Dobson threw a 2–0 no-hitter against the Yomiuri Giants in Tokyo. It was the first no-hit game in the Japanese-American baseball exhibition history. Dobson was an All-Star in 1972. His 2.65 ERA was a major improvement from his 20-win season, but he went 16-18, tying for the AL lead in losses with Yankee Mel Stottlemyre.

In a transaction primarily driven by the Orioles' need for a power-hitting catcher, he was dealt along with Davey Johnson, Johnny Oates and Roric Harrison to the Atlanta Braves for Earl Williams and Taylor Duncan on the last day of the Winter Meetings on December 1, 1972. [5] After starting the 1973 season 3–7, Dobson was sent to the Yankees on June 7 for four minor league players (none of whom panned out). Escaping Atlanta, he again blossomed and finished the season with a 9–8 record for the Yankees. Dobson started the 1974 campaign weakly, achieving only a 6–11 record by mid–season. However, Dobson anchored the Yankees' pitching staff in the second half of the season, finishing with a 19–15 record and a 3.07 ERA, the best numbers that year for a Yankee pitcher. After a slumping 11–14, 4.07 in 1975, Dobson was traded to the Indians, and recovered in 1976 with a 16–12, 3.48. After his 3–12, 6.16 record in 1977, he finished his career.

After his playing days, Dobson became a respected pitching coach with the Brewers, Padres, Royals, and Orioles. From 1989 to 1990, he was the manager of the Fort Myers Sun Sox of the Senior Professional Baseball Association, leading the team to a 37–35 record and a playoff berth in his first season and an 11–14 record at the time of the league's demise on December 26, 1990. In 1997, Dobson joined the San Francisco Giants organization and worked as an advance major league scout and assistant to general manager Brian Sabean. [6]

Dobson died from leukemia in 2006 in San Diego, California at the age of 64, one day after being diagnosed with the disease. [6] He is survived by six children (Patrick Dobson III, Nancy Dobson Kost, Stacy Dobson, Christopher Dobson, Shannon Christaldi-Dobson, and Stephanie Dobson) and multiple grandchildren and great-grandchildren.

Michael Stephen Lolich is an American former professional baseball player. He played in Major League Baseball as a left-handed pitcher from 1962 until 1979, most notably for the Detroit Tigers. A three-time All-Star, Lolich is most notable for his performance in the 1968 World Series against the St. Louis Cardinals when he earned three complete-game victories, including a win over Bob Gibson in the climactic Game 7. At the time of his retirement in 1979, Lolich held the Major League Baseball record for career strikeouts by a left-handed pitcher. 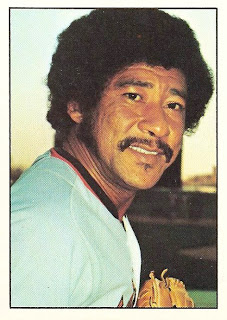 Miguel Ángel Cuellar Santana [KWAY-ar] was a Cuban professional baseball player. He played for 15 seasons in Major League Baseball as a left-handed pitcher in 1959 and from 1964 through 1977, most notably as a member of the Baltimore Orioles dynasty that won three consecutive American League pennants from 1969 to 1971 and, won the World Series in 1970. He also played for the Cincinnati Reds, St. Louis Cardinals, Houston Astros and California Angels. 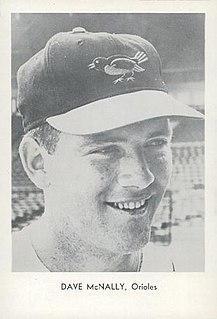 David Arthur McNally was an American professional baseball player. He played in Major League Baseball as a left-handed pitcher from 1962 through 1975, most notably as a member of the Baltimore Orioles dynasty that won four American League pennants and two World Series championships between 1966 and 1971. A three-time All-Star, McNally won 20 or more games for four consecutive seasons from 1968 through 1971. He was one of four 20-game winners for the 1971 Orioles. 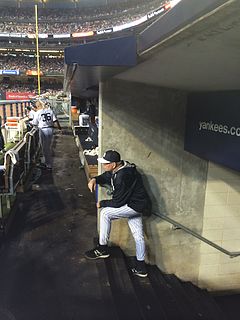 Lawrence Lee Rothschild is an American professional baseball pitcher, coach, and manager. He currently serves as the pitching coach of the San Diego Padres of Major League Baseball (MLB).

Thomas Gerald Underwood was a Major League Baseball pitcher. His younger brother, Pat was also a pitcher, and made his major league debut against Tom. It was the first time in major league history this has occurred. 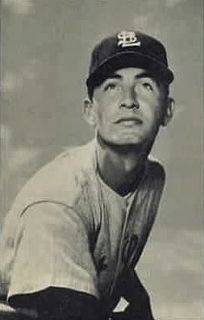 Stephen David Barber was an American Major League Baseball (MLB) left-handed pitcher. He pitched for the Baltimore Orioles and six other teams in 1960–74. Barber compiled 121 wins, 1,309 strikeouts, and had a 3.36 career earned run average. Barber spent his first eight years with the Orioles where he complied an outstanding 95–75 record. Arm injuries hampered the rest of his career which saw him win only 26 and lose 31 for the rest of his 15-year career. While with the Orioles, Barber was an All-Star for two seasons. From 1961 to 1967 Barber bucked baseball superstition by wearing number 13. He also wore this number with the Seattle Pilots.

Thomas Matthew Hausman was a Major League Baseball pitcher. He was the first ever free agent signing of the New York Mets.

Freddy Ray Beene is an American former professional baseball player. Beene was a right-handed pitcher who played in the Major Leagues between 1968 to 1975. He was listed at 5 feet 9 inches (1.75 m) tall and 155 pounds (70 kg).

Thomas Earl Dukes is an American retired professional baseball player. The native of Knoxville, Tennessee, was a right-handed relief pitcher who appeared in 161 games over six seasons (1967–1972) for the Houston Astros, San Diego Padres, Baltimore Orioles and California Angels of Major League Baseball. He attended the University of Tennessee and was listed as 6 feet 2 inches (1.88 m) tall and 185 pounds (84 kg). 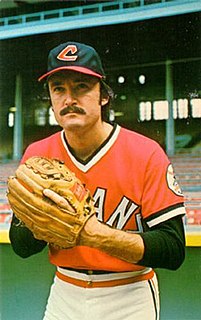 Roric Edward Harrison is a former Major League Baseball pitcher. He was the last American League pitcher to hit a home run in an American League game before the introduction of the designated hitter.

Alan Edward Closter is a former professional baseball pitcher. He played on the US team during the 1964 Summer Olympics. He pitched parts of four seasons in Major League Baseball between 1966 and 1973, pitching in a total of 21 games.

David E. Hale is an American professional baseball pitcher for the New York Yankees of Major League Baseball (MLB). He previously played in MLB for the Atlanta Braves, Colorado Rockies, New York Yankees and Minnesota Twins and in the Korea Baseball Organization for the Hanwha Eagles.