A proclamation (Lat. proclamare, to make public by announcement) is an official declaration issued by a person of authority to make certain announcements known. Proclamations are currently used within the governing framework of some nations and are usually issued in the name of the head of state. A proclamation is (usually) a non-binding notice.

A general distinction is made between official proclamations from states or state organs with a binding character and proclamations from political-social groups or organizations, both of which try to win over the mood of those addressed. In addition, the procedure of proclaiming the beginning of a rule over a certain ruling territory is called a proclamation. For example, on July 26, 1581 the Proclamation of Dutch Independence was signed which led to the creation of the Dutch Republic in 1588, formally recognized in 1648 by the Peace of Münster.

The announcement of the intention to marry two people, the bidding, was referred to as a "proclamation" because it was done by reading out a corresponding text during the service.

In the cities, laws, ordinances, etc. were “proclaimed” up to modern times so that they would become known and effective.

The President of the United States communicates information on holidays, commemorations, special observances, trade, and policy through Proclamations. After the President signs a Proclamation, the White House sends it to the Office of the Federal Register (OFR). The OFR numbers each proclamation consecutively as part of a series and publishes it in the daily Federal Register shortly after receipt. [1]

In English law, a proclamation is a formal announcement ("royal proclamation"), made under the great seal, of some matter which the King-in-Council or Queen-in-Council desires to make known to his or her subjects: e.g., the declaration of war, or state of emergency, the statement of neutrality, the summoning or dissolution of Parliament, or the bringing into operation of the provisions of some statute the enforcement of which the legislature has left to the discretion of the king or queen [2] in the announcement. Proclamations are also used for declaring bank holidays and the issuance of coinage.[ citation needed ]

Royal proclamations of this character, made in furtherance of the executive power of the Crown, are binding on the subject, "where they do not either contradict the old laws or tend to establish new ones, but only confine the execution of such laws as are already in being in such matter as the sovereign shall judge necessary" (Blackstone's Commentaries, ed. Stephen, ii. 528; Stephen's Commentaries, 14th ed. 1903, ii. 506, 507; Dicey, Law of the Constitution, 6th ed., 51). Royal proclamations, which, although not made in pursuance of the executive powers of the Crown, either call upon the subject to fulfil some duty which they are by law bound to perform, or to abstain from any acts or conduct already prohibited by law, are lawful and right, and disobedience to them (while not of itself a misdemeanour) is an aggravation of the offence (see charge of Chief Justice Cockburn to the grand jury in R v. Eyre (1867) and Case of Proclamations 1610, 12 Co. Rep. 74 [2] [3] ).

The Crown has from time to time legislated by proclamation; and the Statute of Proclamations 1539 provided that proclamations made by the king with the assent of the council should have the force of statute law if they were not prejudicial to "any person's inheritance, offices, liberties, goods, chattels or life". But this enactment was repealed by an act of 1547; and it is certain that a proclamation purporting to be made in the exercise of legislative power by which the sovereign imposes a duty to which the subject is not by law liable, or prohibits under penalties what is not an offence at law, or adds fresh penalties to any offence, is of no effect unless itself issued in virtue of statutory authority (see also Order in Council). [2]

The Crown has power to legislate by proclamation for a newly conquered country (Jenkyns, British Rule and Jurisdiction beyond the Seas); and this power was freely exercised in North America following the Seven Years' War by the Royal Proclamation of 1763 and in the Transvaal Colony during the Second Boer War 1899–1902. In the British colonies, ordinances were frequently brought into force by proclamation; certain imperial acts did not take effect in a colony until they were proclaimed (e.g. the Foreign Enlistment Act 1870); and proclamations were constantly issued in furtherance of executive acts. In many British protectorates the high commissioner or administrator was empowered to legislate by proclamation. [2]

In the old system of real property law in England, fines, levied with "proclamations", i.e., with successive public announcements of the transaction in open court, barred the rights of strangers, as well as parties, in case they had not made claim to the property conveyed within five years thereafter (acts 1483–1484 and 1488–1489). These proclamations were originally made sixteen times: four times in the term in which the fine was levied, and four times in each of the three succeeding terms. Afterwards the number of proclamations was reduced to one in each of the four terms. The proclamations were endorsed on the back of the record. The system was abolished by the Fines and Recoveries Act 1833. [2]

On certain rare occasions, the heralds of the College of Arms and the Lyon Court (or somebody else assigned to) still publicly read out certain proclamations such as the proclamation regarding the dissolution of parliament or proclamations regarding the monarch's coronation, where they are read at the steps of the Royal Exchange in London and at the Mercat Cross in Edinburgh.[ citation needed ]

Sovereign immunity, or crown immunity, is a legal doctrine whereby a sovereign or state cannot commit a legal wrong and is immune from civil suit or criminal prosecution, strictly speaking in modern texts in its own courts. A similar, stronger rule as regards foreign courts is named state immunity.

The Statute of Westminster 1931 is an act of the Parliament of the United Kingdom that sets the basis for the relationship between the Commonwealth realms and the Crown. 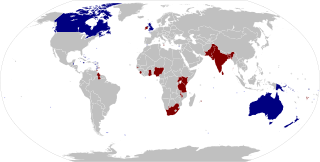 Emperor or Empress of India was a title used by British monarchs from 1 May 1876 to 22 June 1948, that was used to signify their rule over British India, as its imperial head of state. The image of the emperor or empress was used to signify British authority—his or her profile, for instance, appearing on currency, in government buildings, railway stations, courts, on statues etc. "God Save the King" was the former national anthem of British India. Oaths of allegiance were made to the emperor or empress and the lawful successors by the governors-general, princes, governors, commissioners in India in events such as imperial durbars. 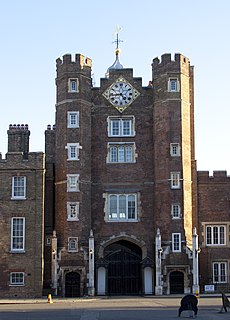 In the United Kingdom, the Accession Council is a ceremonial body which assembles in St James's Palace in London upon the death of a monarch to make formal proclamation of the accession of the successor to the throne. Under the terms of the Act of Settlement 1701, a new monarch succeeds automatically. The proclamation merely confirms by name the identity of the new monarch and formally announces the new monarch's regnal name. 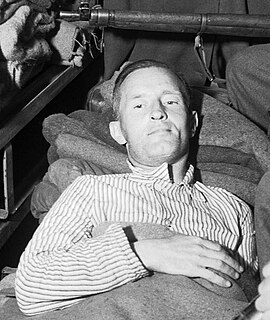 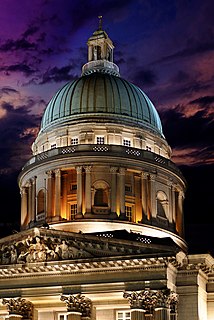 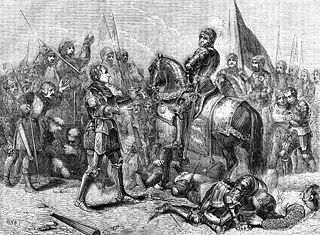 The monarchy of Australia is Australia's form of government embodied by the Australian sovereign and head of state. The Australian monarchy is a constitutional monarchy, modelled on the Westminster system of parliamentary government, while incorporating features unique to the Constitution of Australia. 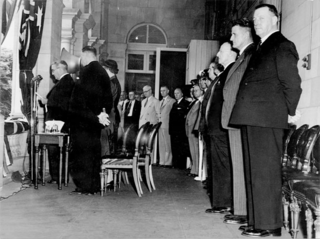 The Case of Proclamations [1610] EWHC KB J22 is an English constitutional law case during the reign of King James I (1603–1625) which defined some limitations on the Royal Prerogative at that time. Principally, it established that the Monarch could make laws only through Parliament. The judgment began to set out the principle in English law that when a case involving an alleged exercise of prerogative power came before the courts, the courts could determine:

The Proclamation by the Crown Act 1539 was a law enacted by the English Reformation Parliament of Henry VIII. It permitted the King to legislate by decree, ordering that "traditional" proclamations should be obeyed as "though they were made by act of parliament". In addition the act appointed machinery for their enforcement. 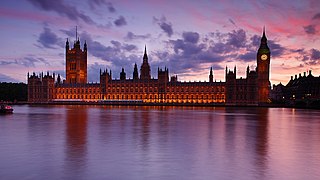 Parliamentary sovereignty is an ancient concept central to the functioning of the constitution of the United Kingdom but which is also not fully defined and has long been debated. Since the subordination of the monarchy under parliament, and the increasingly democratic methods of parliamentary government, there have been the questions of whether parliament holds a supreme ability to legislate and whether or not it should.

The Succession to the Crown Act 2015 is the name of an act of the Commonwealth Parliament of Australia, enacted at the request of all six Australian states under section 51(xxxviii) of the Australian Constitution. The Australian acts were the final part of the Perth Agreement's legislative program agreed by the prime ministers of the Commonwealth realms to modernise the succession to the crowns of the sixteen Commonwealth realms, while continuing to have in common the same monarch and royal line of succession. as was the case at the time of the Statute of Westminster 1931.

Look up Proclamation in Wiktionary, the free dictionary.
This page is based on this Wikipedia article
Text is available under the CC BY-SA 4.0 license; additional terms may apply.
Images, videos and audio are available under their respective licenses.