Representation of the People Act 1884

In the United Kingdom under the premiership of Gladstone, the Representation of the People Act 1884 (48 & 49 Vict. c. 3, also known informally as the Third Reform Act) and the Redistribution Act of the following year were laws which further extended the suffrage in the UK after the Derby Government's Reform Act 1867. Taken together, these measures extended the same voting qualifications as existed in the towns to the countryside, and essentially established the modern one member constituency as the normal pattern for Parliamentary representation.[ citation needed ]

The Act extended the 1867 concessions from the boroughs to the countryside. All men paying an annual rental of £10 and all those holding land valued at £10 now had the vote. The British electorate now totalled over 5,500,000. The bill was so objectionable to the House of Lords that Gladstone was forced to separate the legislation into two bills, [1] the second being the Redistribution of Seats Act 1885 which redistributed constituencies, giving more representation to urban areas (especially London).[ citation needed ]

The 1884 Reform Act did not establish universal suffrage: although the size of the electorate was increased considerably, all women and 40% of men were still without the vote. [2] [3] Male suffrage varied throughout the kingdom, too: in England and Wales, two in three adult males had the vote; in Scotland, three in five did; but in Ireland, the figure was only one in two. [3]

Key sections of the Act

Section 2: This extended a uniform household (freeholder and leaseholder) franchise to all parliamentary boroughs and counties in the United Kingdom.

Section 3: Men inhabiting a dwelling-house as an employee, whose employer did not live there, were to be treated for franchise purposes as if they were occupying as tenants.

Section 4: Prohibition of multiplicity of votes. This was not to stop people acquiring multiple votes in different constituencies (plural voting was still permitted), but to restrict sub-division of one property to qualify multiple voters (so-called faggot voters).

Section 6: Occupation in a borough was not to confer a county franchise.

As many crofters in the Scottish Highlands qualified as £10 occupiers, the Act empowered Scottish Gaels to take action against evictions and rent increases at the end of the Highland Clearances. Their votes led to the formation of the Crofters' Party and Highland Land League, [4] and eventually the passage of the Crofters' Holdings (Scotland) Act 1886, which addressed many of their grievances and put an end to the Highland Clearances. [5]

The first Highland Land League emerged as a distinct political force in Scotland during the 1880s, with its power base in the country's Highlands and Islands. It was known also as the Highland Land Law Reform Association and the Crofters' Party. It was consciously modelled on the Irish Land League.

The Representation of the People Act 1867, 30 & 31 Vict. c. 102 was a piece of British legislation that enfranchised part of the urban male working class in England and Wales for the first time. It took effect in stages over the next two years, culminating in full enactment on 1 January 1869.

The Crofters Holdings (Scotland) Act 1886 is an Act of the Parliament of the United Kingdom that created legal definitions of crofting parish and crofter, granted security of land tenure to crofters and produced the first Crofters Commission, a land court which ruled on disputes between landlords and crofters. The same court ruled on whether parishes were or were not crofting parishes. In many respects the Act was modelled on the Irish Land Acts of 1870 and 1881. By granting the crofters security of tenure, the Act put an end to the Highland Clearances.

Forty-shilling freeholders were those who had the parliamentary franchise to vote by virtue of possessing freehold property, or lands held directly of the king, of an annual rent of at least forty shillings, clear of all charges.

Bedfordshire was a United Kingdom Parliamentary constituency, which elected two Members of Parliament from 1295 until 1885, when it was divided into two constituencies under the Redistribution of Seats Act 1885.

The total registered electorate in the United Kingdom grew from 5.7 million in 1885 to over 21 million in 1918. Much of the growth was result of the Representation of the People Act 1918, which expanded franchise by abolishing property qualifications for men and introduced female suffrage for some women over the age of 30.

Birmingham was a parliamentary constituency of the House of Commons of the Parliament of the United Kingdom for the city of Birmingham, in what is now the West Midlands Metropolitan County, but at the time was Warwickshire.

Leeds was a parliamentary borough covering the town of Leeds, in the West Riding of Yorkshire, England. It was represented in the House of Commons of the Parliament of the United Kingdom from 1832 to 1885.

A faggot voter or faggot was a person who qualified to vote in an election with a restricted suffrage only by the exploitation of loopholes in the regulations. Typically, faggot voters satisfied a property qualification by holding the title to a subdivision of a large property with a single beneficial owner. Faggot voting was a common electoral abuse in the United Kingdom until the electoral reforms of the late 19th century. 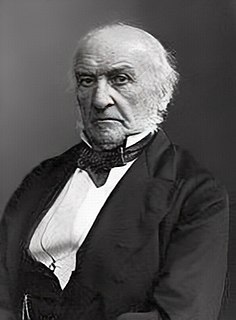 These are the results of the 1885 United Kingdom general election in Scotland. The election was held between 24 November and 18 December 1885 and 70 constituency seats in Scotland were contested. One of the two university seats for Scotland was also contested. Scotland had gained 12 seats since the previous election as a result of the Redistribution of Seats Act 1885, and the electorate had increased from 293,581 to 560,580 as a result of the Representation of the People Act 1884.

Cunningham Glen, W (1885). The Representation of the People Act, 1884, with introduction notes and index. Shaw & Sons.