Robert Vincent "Dodot" Bautista Jaworski Jr. (born October 14,1971) is a Filipino politician and former basketball player. [1] He served as a member of House of Representatives representing the Lone District of Pasig from 2004 to 2007.

He played for the Ginebra San Miguel from 1995 to 1998 being only the father-and-son tandem of Philippine basketball. He retired in 1999 at the age of 28,together with his father.

Jaworski began his political career as a councilor in the Municipality of San Juan in 1995,at the age of 23. In 1998,he served as Chief of Staff at the office of his father,Senator Jaworski,for six years.

In 2004,he was elected as congressman of the lone district of Pasig,defeating then-incumbent congressman Noel "Toti" Cariño,who would later become his party mate in 2006. Upon finishing his first congressional term in 2007,he unsuccessfully ran for Mayor of Pasig,having been defeated by the incumbent Mayor's son,Robert Eusebio. He ran under the political party called Partido Pasigueño. The early part of the election vote tally showed Jaworski leading,but was overtaken by Eusebio. Jaworski later promised to file a protest against Eusebio. [2]

On September 23,2021,Jaworski announced that he will be running for vice mayor of Pasig in 2022 as the running mate of Mayor Vico Sotto under Aksyon Demokratiko. [3]

Robert Vincent Salazar Jaworski Sr. is a Filipino former professional basketball player,head coach and politician who served as a Senator of the Philippines from 1998 to 2004. He played 23 seasons in the Philippine Basketball Association. He is widely regarded as one of the best and most popular PBA players of all-time. He was named part of the PBA's 40 Greatest Players and was inducted into the PBA Hall of Fame in 2005.

Francis C. Arnaiz is a retired Filipino basketball player. He is best known as a PBA player,playing for Toyota and Ginebra San Miguel from 1975-1986.

The 1985 PBA season was the 11th season of the Philippine Basketball Association (PBA). 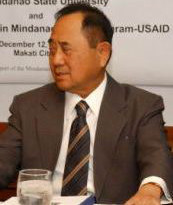 These are the records set in the Philippine Basketball Association (PBA) and PBA D-League. Flags indicate the nationality of the player;all Filipinos are treated as locals and all non-Filipinos are imports.

John Billy Mamaril is a Filipino professional basketball player who last played for the San Miguel Beermen of the Philippine Basketball Association (PBA). He plays the forward and center positions. Like his father,former PBA player and Barangay Ginebra Kings slotman Romy "Mama" Mamaril,he is known for his physical and rugged defense.

Leandro Isaac is a Filipino former basketball player,commentator and former head coach of the Blackwater Elite in the Philippine Basketball Association.

Vicente Paul Hizon is an American-born Filipino retired professional basketball player. He is the former commissioner of the Filsports Basketball Association. FBA,a community-based grassroots basketball league in the Philippines. He is currently a much sought after motivational speaker while focusing on family and business.

The 1986 Ginebra San Miguel season was the eighth season of the franchise in the Philippine Basketball Association (PBA).

The 2001 Barangay Ginebra Kings season was the 23rd season of the franchise in the Philippine Basketball Association (PBA).

The Philippine Basketball Association opening ceremonies marks the start of the league's season. Since 1995,a single game is held,preceded by an entertainment program and parade of participating teams. The ceremonies is usually held at the third Sunday of October.

Local elections were held in Pasig on May 9,2016 within the Philippine general election. The voters elected for the elective local posts in the city:the mayor,vice mayor,the congressman,and the councilors,six of them in the two districts of the city.

Local elections took place in Pasig on Monday,May 13,2019,as part of the 2019 Philippine general election.

Victor Ma. Regis "Vico" Nubla Sotto is a Filipino politician serving as the 20th and incumbent mayor of Pasig,Metro Manila. Sotto first entered politics when he ran for a seat on the Pasig City Council in 2016. He won the election as an independent and served a term in the city council. He joined the Aksyon Demokratiko party and was elected mayor of Pasig in 2019 with a platform focused on public consultation,data-driven governance,and universal health care in the city,which prioritizes housing programs,easier access to education,and cracking down on corruption. 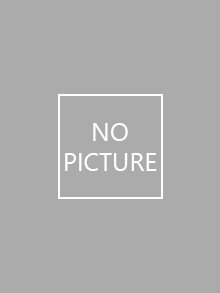 Local elections will be held in Pasig on Monday,May 9,2022,as part of the 2022 Philippine general election.

The 2022 presidential campaign of Panfilo Lacson was announced in a televised launch on September 8,2021 along with his running mate fellow incumbent Senator and Senate President Tito Sotto. Panfilo Lacson is a Senator of the Philippines since June 30,2016 and former PNP while Sotto is a Senator from June 30,2010.