On September 28, 2008, a truck driven by a roadie hauling equipment for Rock of Love Bus, caused an accident when the driver fell asleep at the wheel. [5] The truck crossed over the median and into oncoming traffic on Interstate 57 near West Frankfort, Illinois. [6] The truck hit a pickup truck and a sports-utility vehicle. [6] The two 19-year-old college students in the sports-utility vehicle were killed, and the two individuals in the pickup truck were seriously injured. [6] The driver was charged with driving with a suspended license and moving violations. [5] [6] No other Rock of Love employees or crew were involved. According to a statement by VH1, Michaels asked that production be temporarily suspended. [7]

Hustle on the Bustle

Michaels takes the show on the road. As he tours, a second bus brings along the women vying for his attention. The contest is specifically engineered to reflect the challenges of life on the road. [19]

After all 15 recite their wedding vows, three girls must stay behind. [19]

It's Babes on Ice

There's a chill in the air as the 12 remaining contestants vie on ice against University of Illinois Women's Hockey [Club] and special guest player, Lacey. Tempers catch fire when one of the contestants is accused of secretly calling a boyfriend. [19]

Eight Is Not Enough

The eight left become eleven when Michaels brings in new blood to amp the competition. [19]

The contestants split into teams for a Mudbowl, with Michaels and the most valuable player going solo overnight. [19]

Two women from Michaels' past, ex-girlfriend Ambre and runner-up Heather from the first Rock of Love, question the men of the competitors' past. Brittanya's Ex Royal T discloses that he and Brittanya had sex right before she left for the competition. Beverly freaked out her Ex-Husband did not show up and disclosed she was a teen mother at 17. Jaz, Taya's Ex ends up having an angry outburst. Mindy admits she cheated in her past relationship. It's revealed that Ashley still lives with her ex James, and he claims they still sleep together. [19]

Duet to Me One More Time

The four remaining girls sing along with Michaels with lyrics they've written to one of his songs. [19]

As the finale approaches, Michaels and the remaining three contestants try fantasy dates, but competition between the girls is escalating as the end draws near. [19]

The two remaining contestants, Taya and Mindy, join Michaels in the Dominican Republic for their final chance to win him. [19]

In the reunion show, the contestants look back, becoming emotional and even violent as they share memories of the experience. [19]

Main article: Rock of Love with Bret Michaels: After the show 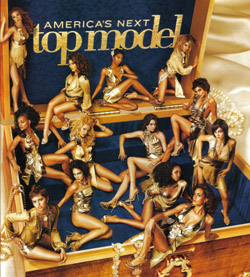 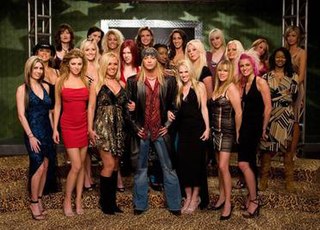 Rock of Love with Bret Michaels is a competition-driven reality television series starring Bret Michaels, the lead singer of the band Poison. The 12-episode series, which premiered July 15, 2007 on VH1, was created by Cris Abrego and Mark Cronin. 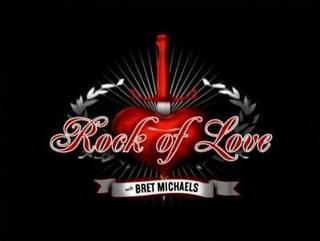 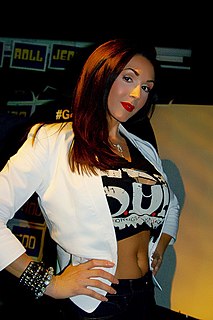 I Love Money 2 or I Love Money is the second season of the VH1 reality television series I Love Money, created by Surreal Life executive producers Cris Abrego and Mark Cronin. The 19 contestants for the second season were drawn from I Love New York, Flavor of Love, Rock of Love, and Real Chance of Love to compete in physical and mental challenges, aiming for a $250,000 grand prize. Production began in late October 2008 & wrapped November 2008, and the show premiered on February 2, 2009 with Craig J. Jackson returning to host. The winner of the competition was Angela Pitts, also known as Myammee.

Paris Hilton's British Best Friend is a British reality television show where Paris Hilton searches for her new British best friend and is the second incarnation of the My New BFF franchise. The series aired on ITV2. Filmed in December 2008 and premiered on 29 January 2009 and consisted of eight episodes. The first episode received 428,000 viewers with 2% share. 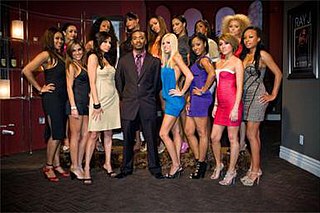 For the Love of Ray J was a dating show on VH1 that featured hip hop singer Ray J. The program had a format similar to Flavor of Love, I Love New York, and Rock of Love. One source notes that it "will be produced by the same geniuses" as those shows, 51 Minds. In reference to the series, Ray J said:

I've been in this game a long time... I've been with a lot of women but I'm ready to get out. I want to do this show to find a ride or die chick, a chick that makes me want to get out of the game.

Destiney Moore is a reality television personality and clothing designer who is known for her appearances on Rock of Love 2, I Love Money and Rock of Love: Charm School. She is also an occasional exotic dancer and posed nude for the September 2011 issue of Hustler. 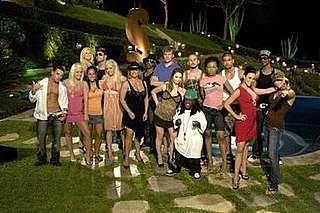 I Love Money is a reality television game show that aired on VH1. The show was created by The Surreal Life executive producers Cris Abrego and Mark Cronin. The contestants on this series are from the first two seasons of Flavor of Love, I Love New York and Rock of Love, and are competing in physical and mental challenges in an attempt to win $250,000. Production started in early February 2008, and concluded in March 2008. The show premiered on July 6, 2008 and the casting special aired on July 1. The show is hosted by Craig J. Jackson. The winner of the competition was Nicole Alexander, also known as Hoopz.

Charm School with Ricki Lake is the third and final season of the VH1 reality television series Charm School. Fourteen contestants from Rock of Love Bus with Bret Michaels and Real Chance of Love must change their old ways and learn improvement through acts of charity work. Ricki Lake is the headmistress of the Charm School, and is assisted by deans Alani "La La" Vazquez and Stryker. Ebony Jones (Risky) was ultimately named Charm School Queen and was awarded the $100,000.

Daisy of Love is an American reality television dating show which stars Daisy de la Hoya, the runner-up of the VH1 reality dating show Rock of Love 2. The show premiered on April 26, 2009, at 9:00 pm ET on VH1.

Frank The Entertainer in a Basement Affair is a VH1 reality television show starring Frank "The Entertainer" Maresca, who previously starred in I Love New York, I Love Money, and I Love Money 2. Unlike other dating shows, the contestants live with Frank and his parents in a house down the street from Frank's real home. The show premiered on January 3, 2010, with the series to run a total of 11 episodes. Fifteen women competed for his love. The winner was Kerry Schwartz.

The Biggest Loser: Couples 3 is the ninth season of the NBC reality television series The Biggest Loser. The contestants competed to win a $250,000 prize, which was awarded to Michael Ventrella, the finalist with the highest percentage of weight lost. It first aired January 5, 2010. After six episodes, The Biggest Loser went on hiatus and returned after the 2010 Winter Olympics on March 2, 2010. The live finale aired on May 25, 2010.

I Love Money 4 or I Love Money is the fourth season of the VH1 reality television series I Love Money, created by Surreal Life executive producers Cris Abrego and Mark Cronin. The fourth season's 18 contestants were drawn from I Love New York, Rock of Love, Real Chance of Love, Daisy of Love, Megan Wants a Millionaire, and For the Love of Ray J to compete in physical and mental challenges, aiming for a $250,000 grand prize. Production began in late August 2009 and wrapped September 2009, and premiered on 16 September 2010. The show was reportedly edited in order to focus on the competitions, as VH1 noted they "had a new programming filter in place" in the wake of the Ryan Jenkins off-camera tragedy. This was to be the final season of the series. The winner of the competition was Mindy Hall. 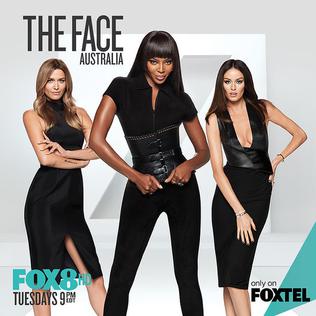 The Face Australia Season 1 is an Australian reality television modelling competition series, based upon the American version with the same format. This series follows three supermodel coaches, Cheyenne Tozzi, Naomi Campbell, and Nicole Trunfio as they compete with each other to find 'the face' of Fresh Effects, Olay. The series premiered on 18 March 2014, on Fox8.