Membership is open to any person interested in the promotion of studies in Science, Art, Literature and Philosophy. Fellowship and Distinguished Fellowship are by election, and may be conferred on leaders in their fields. The Society is based in Sydney and has an active branch in Mittagong in the Southern Highlands of NSW. Regular monthly meetings and public lectures are well attended by both members and visitors.

The Society publishes a peer-reviewed journal, the Journal and Proceedings of the Royal Society of New South Wales , the second-oldest peer-reviewed publication in the Southern Hemisphere.

The Society was formed "with a view to enquiring into the various branches of physical science of this vast continent and its adjacent regions". On his arrival in Sydney late in 1821, the newly appointed Governor, Sir Thomas Brisbane, was offered and accepted the position of President.

Throughout its history, the Society has done much to foster local research particularly in science, through meetings, symposia, publications and international scientific exchange, and has supported and fostered the endeavours of other organisations dedicated to the furtherance of knowledge.

The Society encourages "... studies and investigations in Science, Art, Literature and Philosophy, to promote and further the development of Science and its relationship with Art, Literature and Philosophy and their allied disciplines and applications, to facilitate the exchange of information and ideas amongst the Members and Fellows of the Society and others on these and kindred topics and to disseminate knowledge to the people of New South Wales and beyond ..." through the following activities:

The Journal and Proceedings are exchanged with hundreds of institutions worldwide. Issues are published June and December each year.

The Society welcomes scholarly work to be considered for publication in the Journal. Preference is given to work done in Australia which has relevance to New South Wales. Intending authors must read the style guide, available via the Society's web site (Journal), before submitting their manuscript for review.

Distinguished Fellows of the Society

Current Distinguished Fellows of the Society

Past Distinguished Fellows of the Society

The society makes a number of awards for meritorious contributions in the field of science. [3]

The Clarke Medal is awarded by the Society for distinguished work in the Natural sciences. It was named in honour of the Reverend William Branwhite Clarke, one of the founders of the Society. The medal was to be "awarded for meritorious contributions to Geology, Mineralogy and Natural History of Australasia, to be open to men of science, whether resident in Australasia or elsewhere". The Medal is now awarded annually for distinguished work in the natural sciences (geology, botany and zoology) done in the Australian Commonwealth and its territories. Each discipline is considered every three years. [4] For a complete list of medalists see Clarke Medal.

The Edgeworth David Medal, established in 1942, is awarded for distinguished contributions by a young scientists under the age of thirty-five years for work done mainly in Australia or its territories or contributing to Australian science. It is named after the geologist, Sir Edgeworth David, FRS, who wrote the first comprehensive record of the geology of Australia. [5]

The James Cook Medal, established in 1947, is awarded periodically for outstanding contributions to science and human welfare in and for the Southern Hemisphere. [6] 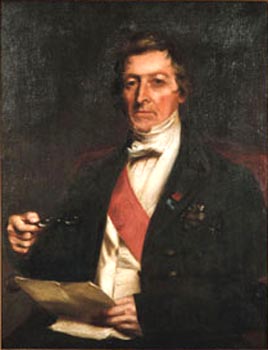 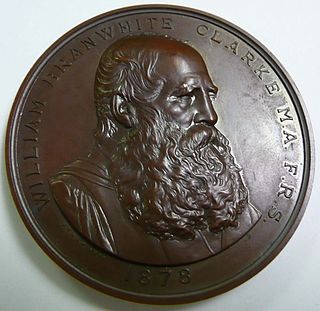 William Noel Benson FRS FRGS was an English-born research geologist and academic active first in Australia and then New Zealand. After studying geology at the University of Sydney, Benson worked temporarily at the University of Adelaide before returning to Sydney as a demonstrator. After winning an 1851 Exhibition Science Scholarship in 1910 he left Sydney to study at the University of Cambridge, where he worked until 1913. He returned to Sydney in 1914 as the Macleay Fellow in Geology, leaving in 1917 to become Chair of the Geology Department at the University of Otago, where for many years he was the only lecturer. During his lifetime he published over 100 papers and won several awards, including the Clarke Medal and the Lyell Medal. He died on 20 August 1957 following his retirement from academia in 1951.

William Rowan Browne FAA was an Australian geologist, author of The Geology of the Commonwealth of Australia. 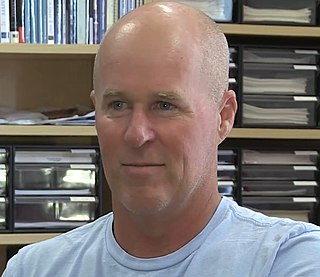 Matthew England is a physical oceanographer and climate scientist. He is currently Scientia Professor of Ocean & Climate Dynamics at the University of New South Wales, Sydney, Australia. 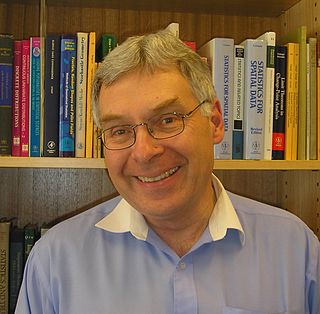 Peter Gavin Hall was an Australian researcher in probability theory and mathematical statistics. The American Statistical Association described him as one of the most influential and prolific theoretical statisticians in the history of the field. The School of Mathematics and Statistics Building at The University of Melbourne was renamed the Peter Hall building in his honour on 9 December 2016.

Sir Rutherford Ness "Bob" Robertson AC CMG FAA FRS HFRSE was an Australian botanist and biologist, and winner of the Clarke Medal in 1955.

Michelle Yvonne Simmons, is a Scientia Professor of Quantum Physics in the Faculty of Science at the University of New South Wales and has twice been an Australian Research Council Federation Fellow and is an Australian Research Council Laureate Fellow. She is the Director of the Australian Research Council Centre of Excellence for Quantum Computation & Communication Technology and is recognised internationally as the creator of the field of atomic electronics. She was the inaugural editor-in-chief of npj Quantum Information, an academic journal publishing articles in the emerging field of quantum information science. On 25 January 2018, Simmons was named as the 2018 Australian of the Year for her work and dedication to quantum information science. On 10 June 2019, Simmons was appointed an Officer of the Order of Australia (AO) in the 2019 Queen's Birthday Honours in recognition of her "distinguished service to science education as a leader in quantum and atomic electronics and as a role model."

Suzanne Yvette O'Reilly is an Australian professor of geology noted for her pioneering contributions to mapping the deep Earth with an interdisciplinary approach. In 2007, the Royal Society of New South Wales awarded her the Clarke Medal for outstanding contributions to Australian geology. She has over 350 peer-reviewed publications with over 40,000 citations, and has supervised more than 40 PhD students to graduation. 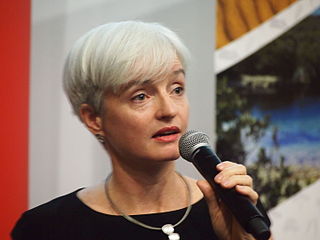 Emma Letitia Johnston is the Dean of Science at the University of New South Wales and President of Science & Technology Australia. She is an authority in marine ecology and a former Pro Vice-Chancellor (Research) at UNSW.

Albert Y. Zomaya is currently the Chair Professor of High Performance Computing & Networking and Australian Research Council Professorial Fellow in the School of Information Technologies, The University of Sydney. He is also the Director of the Centre for Distributed and High Performance Computing. He is currently the Editor in Chief of IEEE Transactions on Sustainable Computing and Springer's Scalable Computing and Communications. He was past Editor in Chief of the IEEE Transactions on Computers.

The Edgeworth David Medal is awarded annually by the Royal Society of New South Wales for distinguished contributions by a young scientist under the age of 35 years for work done predominantly in Australia or which contributed to the advancement of Australian science. 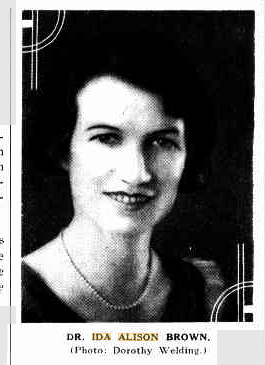 Ida Alison Browne (1900–1976) was an Australian geologist, petrologist and palaeontologist at the University of Sydney.

Georgina King (1845-1932), was an Australian geologist and anthropologist.

Thomas George Vallance was an Australian geologist, specializing in petrology, and a historian of geology. The Geological Society of London awarded him the 1993 Sue Tyler Friedman Medal.