Scorn is an English electronic music project. The group was formed in the early 1990s as a side project of former Napalm Death members Mick Harris and Nic Bullen (the latter as one of the founding members of the band in 1991). Bullen left the group in 1995 and the project continued on until the end of 2011, as an essentially solo project for Harris. [1]

Since their early years, Scorn is often associated with industrial and experimental music, particularly with their early releases as a duo with much of their Earache Records-era output since 1991 until 1994. Since the departure of Bullen in 1995, much of the output has been minimalist beats with an emphasis on very deep bass lines, often resembling dub and trip hop in structure. [1] The departure from their early sound eventually led to Harris parting ways with Earache after the Logghi Barogghi release, both sides apparently having been unhappy with how the project was being handled.

Scorn was formed in 1991 in Birmingham, England, by drummer Mick Harris and vocalist/bassist Nic Bullen, former members of English grindcore band Napalm Death. [1] Another Napalm Death member, Justin Broadrick, provided guitar for their first LP, Vae Solis. With Bullen's departure in April 1995, Harris has remained the only member of the project. [1]

Many fans were confused by the contrast between Napalm Death and Scorn, but Harris sees it as a natural progression for an artist with a restless creative drive. "For the ideas that I had, I needed to make that move. Some people think that it was a crazy move, just as grind was maybe starting to go places, do something, but I’ve always been an experimenter, still am; I’m someone who just loves sound. I still love sound and just want to keep pushing, pushing and pushing. I think everybody knows that’s the reason why I left Napalm Death." [2]

After leaving Earache Records, the project kept pushing the dirty bass and heavy beat sound, subtly changing with each release. [1] In May 1997, Harris decided to end the project to finish relations with KK Records, [3] and from 1997 to 1999, he was making music with other names and other musicians, until 2000, when returned with this project with the record company Hymen Records, but eventually Harris parted ways with Hymen in 2002. The intervening years since saw a break in recorded output (except the release of a live radio jam on Vivo Records in 2004) with live dates popping up periodically. [4]

Starting in 2006, Harris began stepping up activities as Scorn, starting with the 10" Whistle For It, which (apparently to Harris' dismay) was so poorly mastered as to have lost Scorn's trademark low end.

After a five-year absence, November 2007 saw Scorn return to the studio properly with the long-awaited full-length entitled Stealth on Brooklyn-based Kurt Gluck/Submerged (DJ)'s Ohm Resistance label. In early 2008, Scorn released the first of two 12"s on Combat Records. The second release came out in 2009. Each 12" contains one new track and a remix by a Combat Recordings artist. Combat also released a 12" containing remixes of the aforementioned tracks by other artists. At the same time, Harris also recorded another new 12" for California-based Record Label Records, which was released in 2009 as limited edition of 300 copies on clear vinyl with handmade packaging.

2010 saw another new full-length entitled Refuse; Start Fires, again released on Ohm Resistance, where Harris seems to have found a home with a supportive label that is like-minded in terms of meeting Scorn's high standard for the sound of the finished product. This album also marked the first time since Bullen left the project that Harris has worked full-on with another musician (excluding the track Scorn did with David Knight on the "Rise|Converge" compilation), drummer Yan Treasey. On the heels of this full-length, Harris returned with the "Yozza" EP in 2011, again with Treasey.

In November 2011, Harris stated the Scorn project was "put to bed", while leaving open the possibility of more work under different names.

On 17 January 2019, the Ohm Resistance label announced that Scorn is back and will release an EP in early 2019, with an album in late 2019. [5] The EP with four new tracks, called "Feather" was released on 7 June. The full length album, Cafe Mor, was released on 15 November.

Vae Solis is the debut album by Scorn, originally released in 1992 on Earache in the UK, and Relativity in the United States. It features the same musician lineup as Side A of Napalm Death's Scum. 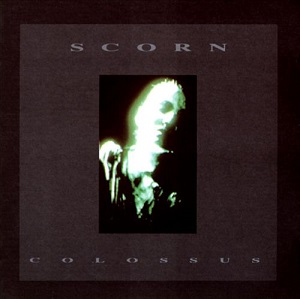 Colossus is the second album by Scorn, originally released in 1993 on Earache Records. It is often associated with industrial and experimental music. 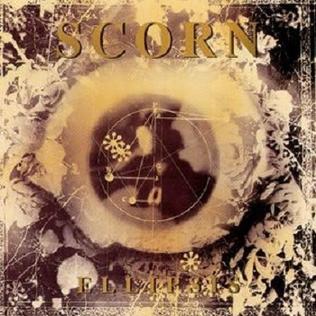 Ellipsis is a remix album by Scorn, originally released in 1995 on Earache Records. It was remastered along with Evanescence and released as a two disc set in 2009.

Submerged is a Brooklyn-based DJ, bassist, founder of Ohm Resistance and co-founder of Obliterati, American avant garde drum and bass and experimental music labels, and a prolific multi-genre electronic music producer, first notable for his work with Grammy Award-winning bassist and producer Bill Laswell in creating drum and bass - jazz fusion projects including their band Method of Defiance, and The Blood of Heroes.

Logghi Barogghi is the fifth album by Scorn, released on August 20, 1996 through Earache Records. The album's departure from the band's early sound eventually led to Mick Harris parting ways with Earache after its release, both sides apparently having been unhappy with how the project was being handled. After leaving Earache Records, Scorn kept pushing the dirty bass and heavy beat sound, subtly changing with each release. 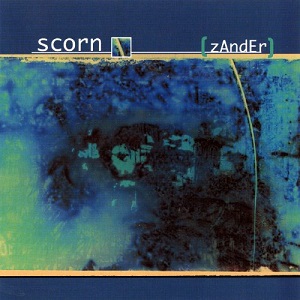 Zander is the sixth album by Scorn, released on February 18, 1997 through KK Records. For Zander, the band kept pushing the dirty bass and heavy beat sound, subtly changing with each subsequent release. In May 1997, Mick Harris decided to end the band to finish relations with KK Records, and from 1997 to 1999, he was making music with other names and other musicians, until 2000, when returned with the band with the record company Hymen Records for Greetings from Birmingham.