Omischl was born in North Bay, Ontario. Omischl competes in aerials, and made his World Cup debut in December 1999, finishing with a silver medal at an event in Blackcomb. Omischl earned five more podiums on the World Cup circuit before winning his first event in mid-2002. [3]

Along with a fellow olympian Jeff Bean, he participated in an episode of the hit show Mantracker where he defeated Terry Grant in the nerve-wracking chase.

Omischl has competed in three Olympic Games. In 2002, he placed 4th in the qualifying but ended up 11th in the final. [4] In 2006, he was well positioned to make the final after the first jump, but a poor second jump left him in 20th place. [5]

Omischl was also a member of the Canadian team at the 2010 Winter Olympics in Vancouver. [6] He qualified for the final in 8th and was ranked 8th overall after the final.

The United States Olympic Committee sent 204 athletes to the 2006 Winter Olympics in Turin, Italy. Chris Witty, a four-time Olympian, who competed in both Summer and Winter games, and won a gold medal in speed skating at the 2002 Games, served as the flag bearer at the opening ceremonies. Speed skater Joey Cheek, who won gold in the 500 m and silver in the 1000 m, was the flag bearer at the closing ceremonies. One athlete, Sarah Konrad, became the first American woman to compete in two different disciplines at the same Winter Olympics – biathlon and cross-country skiing. 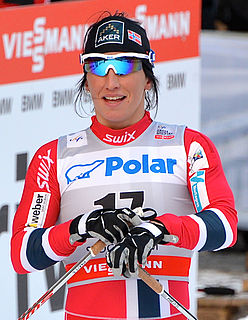 Switzerland competed at the 2006 Winter Olympics in Turin, Italy. This was the confederation's largest Winter Olympics team ever, because two ice hockey teams qualified.

Masahiko Harada is a Japanese former ski jumper. He is best remembered for a meltdown at the 1994 Winter Olympics in Lillehammer, which cost the Japanese national team a victory, and his subsequent redemption at the 1998 Winter Olympics in Nagano; the latter of which led to him being affectionately called "Happy Harada".

The Men's normal hill individual ski jumping competition for the 2006 Winter Olympics was held in Pragelato, Italy. It began on 11 February, and concluded on 12 February.

Shannon Bahrke is an American Olympic freestyle skier and entrepreneur. Bahrke was the silver medalist in moguls at the 2002 Winter Olympics in Salt Lake City, the bronze medalist at the 2010 Winter Olympics in Vancouver, and in 2003 was the World Cup Champion. With her bronze medal in 2010, she became the first US women's freestyle skier to win multiple Olympic medals. Bahrke was also the 2009 US National Champion in dual moguls. She has reached the podium twice at the FIS Freestyle World Ski Championships, winning bronze in 2003 and silver in 2007, both in dual moguls. 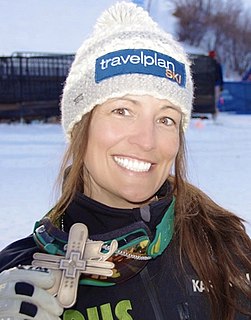 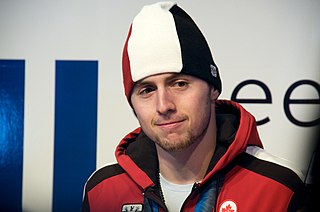 Warren Shouldice is a retired Canadian freestyle skier. Over his career, Shouldice has earned twelve podium finishes at World Cup events. His best result came in 2011, when he won the World Championships in Deer Valley Utah. Shouldice won his first World Championship medal in 2009, a bronze.

Sarah Conrad is a Canadian snowboarder, specializing in the halfpipe.