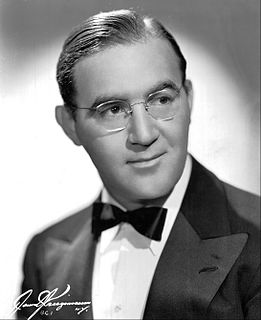 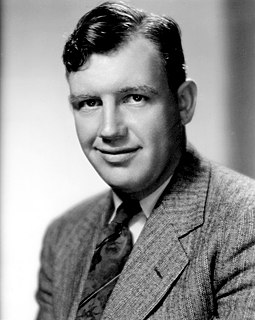 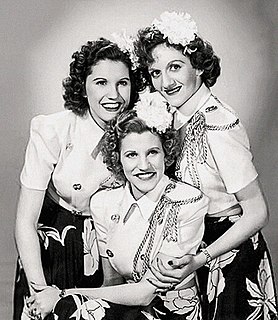 The Andrews Sisters were an American close harmony singing group of the swing and boogie-woogie eras. The group consisted of three sisters: contralto LaVerne Sophia, soprano Maxene Anglyn, and mezzo-soprano Patricia "Patty" Marie. The sisters have sold an estimated 80 million records. Their 1941 hit "Boogie Woogie Bugle Boy" can be considered an early example of jump blues. Other songs closely associated with the Andrews Sisters include their first major hit, "Bei Mir Bist Du Schön " (1937), "Beer Barrel Polka " (1939), "Beat Me Daddy, Eight to the Bar" (1940), "Don't Sit Under the Apple Tree " (1942), and "Rum and Coca Cola" (1945), which helped introduce American audiences to calypso. 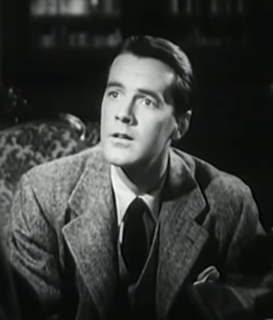 John Morey Downs was an American child actor, singer, and dancer. He began his career as a child actor, most notably playing Johnny in the Our Gang short series from 1923 to 1926. He remained active in films, television, and theatre up through the early 1960s. 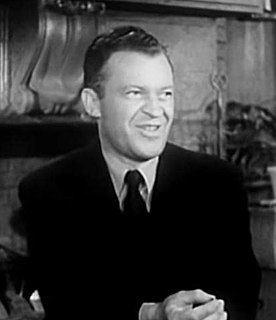 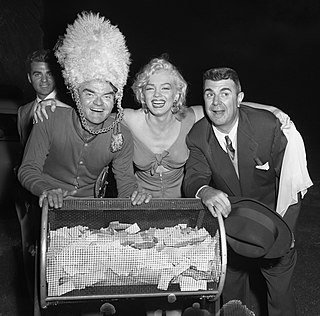 Ken Murray was an American comedian, actor, radio and television personality and author. 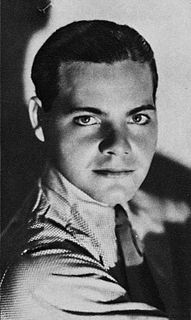 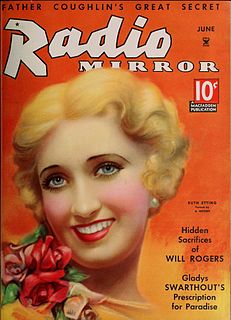 The musical short can be traced back to the earliest days of sound films. 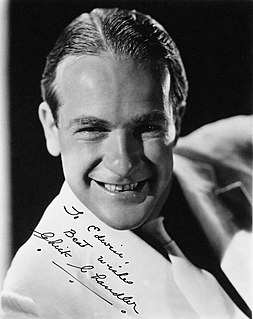 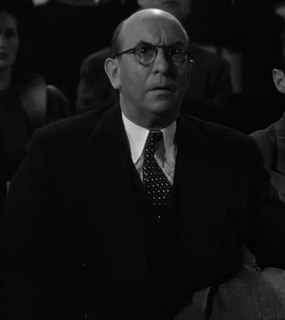 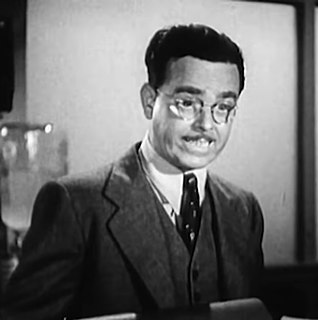