Music in My Heart

Music in My Heart is a 1940 Columbia Pictures romantic musical starring Tony Martin and Rita Hayworth. Hayworth's first musical for the studio, the film was recognized with an Academy Award nomination for the song, "It's a Blue World", performed by Martin and Andre Kostelanetz and His Orchestra.

Production on Music in My Heart (alternate title Passport to Happiness) began in October 1939. The film was released January 10, 1940. [1]

Credits for Music in My Heart are listed in the AFI Catalog of Feature Films. [1]

Chet Forrest and Bob Wright's original songs for Music in My Heart include "Oh What a Lovely Dream", "Punchinello", "I've Got Music in My Heart", "It's a Blue World" (a hit record for Tony Martin), "No Other Love" and "Hearts in the Sky". The film also features Ary Barroso's samba, "No Tabuleiro da Baiana", performed by Andre Kostelanetz and His Orchestra. [1] [2]

"It's a Blue World", a song by Chet Forrest and Bob Wright, was nominated as Best Original Song at the 13th Academy Awards. [3] The song is performed in the film by Tony Martin and Andre Kostelanetz and His Orchestra.

Film historian Clive Hirschhorn describes Music in My Heart as "a lightweight Irving Starr production" with "serviceable words and music" and "unremarkable direction". [4] : 98

Biographer Barbara Leaming characterized the film as one of the "dreadful mistakes" Columbia Pictures made with Rita Hayworth as the studio tried to figure out how to use her to advantage. Music in My Heart was one of five pictures Hayworth appeared in that year, none of which caught on with the public. [5] : 52

Reviewing the 2004 DVD release, Turner Classic Movies called Music in My Heart "a fun, charming, and unpretentious little musical which illustrates very well what an ordinary Hollywood entertainment of 1940 was like. … In the end, it's Martin's voice and Hayworth's overall presence which makes this a nice little winner, though Eric Blore, Alan Mowbray and George Tobias provide solid support as always." [6]

George Forrest was an American writer of music and lyrics for musical theatre best known for the show Kismet, adapted from the works of Alexander Borodin. He was also known professionally at times as Chet Forrest. 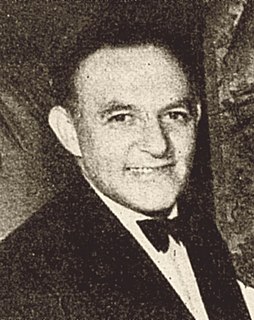 Harry Cohn was a co-founder, president, and production director of Columbia Pictures Corporation. 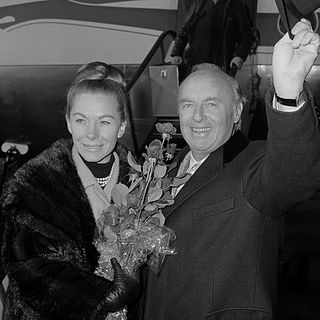 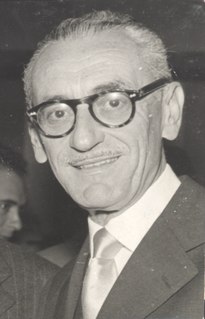 Ary de Resende Barroso (1903–1964), better known as Ary Barroso, was a Brazilian composer, pianist, soccer commentator, and talent-show host on radio and TV. He was one of Brazil's most successful songwriters in the first half of the 20th century. Barroso also composed many songs for Carmen Miranda during her career.

"Long Ago " is a popular song with music by Jerome Kern, and lyrics about nostalgia by Ira Gershwin from the 1944 Technicolor film musical Cover Girl starring Rita Hayworth and Gene Kelly and released by Columbia Pictures. The song was nominated for the Academy Award for Best Original Song in 1944 but lost out to “Swinging on a Star”, from Going My Way. The song was published in 1944 and sold over 600,000 copies in sheet music in a year. In 2004 it finished #92 in AFI's 100 Years...100 Songs survey of top tunes in American cinema. 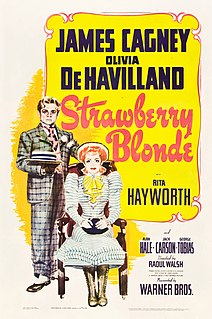 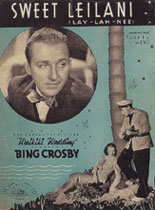 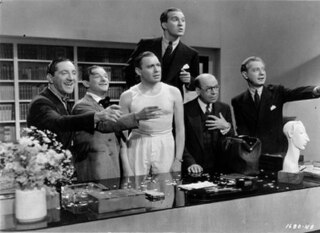 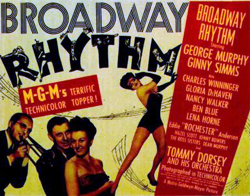 Broadway Rhythm (1944) is a Metro-Goldwyn-Mayer Technicolor musical film. It was produced by Jack Cummings and directed by Roy Del Ruth. 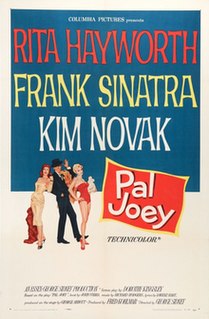 Pal Joey is a 1957 American musical comedy film directed by George Sidney, loosely adapted from the Rodgers and Hart musical play of the same name, and starring Rita Hayworth, Frank Sinatra, and Kim Novak. Jo Ann Greer sang for Hayworth, as she had done previously in Affair in Trinidad (1952) and Miss Sadie Thompson (1953). Novak's singing voice was dubbed by Trudy Stevens. The choreography was managed by Hermes Pan. Nelson Riddle handled the musical arrangements for the Rodgers and Hart standards "The Lady Is a Tramp", "I Didn't Know What Time It Was", "I Could Write a Book", and "There's a Small Hotel".

"I'm Old Fashioned" is a 1942 song composed by Jerome Kern, with lyrics written by Johnny Mercer. 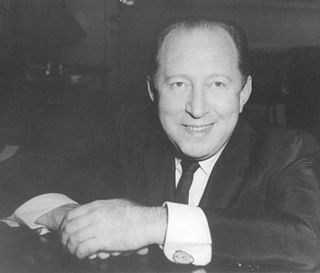 Walter Gross is best known for having composed the music for the popular 1946 song "Tenderly". In addition to composing dozens of other titles, he was also a pianist, arranger, orchestra leader, and record industry executive.

"Na Baixa do Sapateiro" is a famous Brazilian song, written by Ary Barroso. Its title comes from a street in Salvador, Bahia, where many cobblers once worked. It was originally released in 1938 as the B side to Salada Mista, which did not achieve the same level of success. This first recording was sung by Carmen Miranda with Orchestra Odeon. She never released the song on disc in the United States. The song was originally going to be featured in the Carmen Miranda film Banana da Terra (1939), but was replaced with "O Que É Que A Baiana Tem?", because of the high license fee demanded by Ary Barroso to use his song. However the song has been recorded many other times by a large number of artists. The song gained international fame when it was featured in the Disney film The Three Caballeros (1944).

"No Tabuleiro da Baiana" is a samba written in 1936 by Ary Barroso and recorded by Carmen Miranda.