Young and Beautiful is a 1934 American romantic comedy film directed by Joseph Santley and starring William Haines and Judith Allen. The screenplay concerns a press agent who goes to great lengths to make his actress girlfriend a star, only to risk losing her in the process.

In Hollywood, press agent Robert Preston gets into trouble with his boss, Herman Cline, head of Superba Pictures, for neglecting his duties in order to publicize the 13 WAMPUS Baby Stars, June Dale in particular, at a banquet in their honor. However, he sweet talks Mrs. Cline and keeps his job. June shows up and faints, shaken by a failed abduction attempt. It turns out to be a publicity stunt concocted by Preston for his fiancée.

Radio Days is a 1987 American comedy-drama film written and directed by Woody Allen, who also narrates the story. The film looks back on an American family's life during the Golden Age of Radio using both music and memories to tell the story. It stars an ensemble cast.

Redemption: The Stan Tookie Williams Story is a 2004 American made-for-television biographical crime drama film starring Jamie Foxx and Lynn Whitfield. The film was directed by Vondie Curtis-Hall. The screenplay was written by J.T. Allen. Other cast members in the film include Lee Thompson Young and CCH Pounder.

Kenneth Lee Ascher is an American jazz pianist, composer, and arranger who is active in jazz, rock, classical, and musical theater genres — in live venues, recording studios, and cinema production. With Paul Williams, he wrote the song "Rainbow Connection" for The Muppet Movie. Both Williams and Ascher received Oscar nominations for the 1979 Academy Awards for Best Original Song and Best Original Score. The song was also nominated for the Golden Globes for "Best Original Song" that same year.

G-Men Never Forget is a 1948 Republic movie serial. The serial was condensed into a feature film in 1966 and re-released under the title Code 645.

Riffraff is a 1936 American film starring Jean Harlow and Spencer Tracy. The movie was written by Frances Marion, Anita Loos, and H. W. Hannaford, and directed by J. Walter Ruben.

Raiders of Ghost City is a 1944 American Western film serial from Universal Pictures set in California during the American Civil War.

Bruce Gentry – Daredevil of the Skies (1949) is a 15-episode Columbia Pictures movie serial based on the Bruce Gentry comic strip created by Ray Bailey. It features the first cinematic appearance of a flying saucer, as the secret weapon of the villainous Recorder.

Big Dreams and Broken Hearts: The Dottie West Story is a 1995 television biopic about the life of country music singer Dottie West portrayed by Michele Lee. Bill D'Elia directed the film which was shot in Nashville, TN, between July 11 and August 4, 1994. The film first aired on January 22, 1995, on CBS.

Kiss and Make-Up is a 1934 romantic comedy film starring Cary Grant as a doctor who specializes in making women beautiful. Genevieve Tobin and Helen Mack play his romantic entanglements. The film was based on the play Kozmetika by István Békeffy. All of the WAMPAS Baby Stars of 1934 were cast in roles in the film.

The Naumburg International Piano Competition is the name given to all the piano competitions sponsored by the Walter W. Naumburg Foundation. It is a competition for young pianists, of ages 17 to 32, organized in New York City, United States since 1926. It is one of the oldest music competitions in the world, and it has helped launch the career of some of the 20th century's greatest pianists, such as Jorge Bolet, William Kapell, Abbey Simon, Theodore Lettvin, Constance Keene, Adele Marcus, Kun-Woo Paik, Andre-Michel Schub and Stephen Hough, among many others. 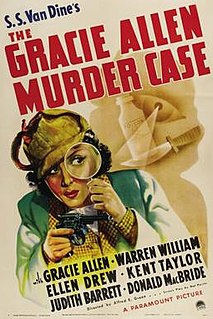 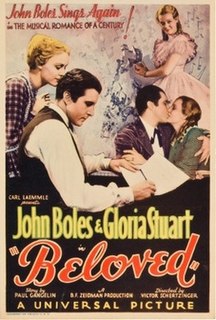 Men of the Night is a 1934 American drama film written and directed by Lambert Hillyer, which stars Bruce Cabot, Judith Allen, and Ward Bond.