The Jimmy Dean Show, initially called Country Style, aired live on WTOP-TV in Washington, DC in early 1957. [1] It was picked up by the CBS-TV network from April 8 to December 13, 1957, under the name The Morning Show from 7 to 7:45 a.m. ET Monday–Friday before the station's regular newscast. Guests included Chet Atkins, Jay Chevalier, Billy Walker, Little Jimmy Dickens, George Hamilton IV, and the Country Lads; Mary Klick was a regular. The producer was Connie B. Gay.

CBS then carried The Jimmy Dean Show on its daytime schedule from September 14, 1958, to June 1959 from New York, airing from 2 to 2:30 p.m. ET Monday–Saturday. Guests on the variety program included Hans Conried and Jaye P. Morgan.

The Jimmy Dean Show aired as a live half-hour summer series from Washington, DC, on CBS-TV from June 22 to September 14, 1957, from 10:30 to 11 p.m. on Saturday nights. Guests included Johnny Cash, Jim Reeves, and the Andrews Sisters. [2]

The Jimmy Dean Show was later an hour-long weekly music and variety television show carried by ABC for three seasons from September 19, 1963, to April 1, 1966, out of ABC Studio One in New York. [3] [4] Its first season was written by Peppiatt and Aylesworth, and Scott Vincent was the announcer. Of the eighty-six episodes produced at ABC, ten shows were made on the road: four at the Ryman Auditorium in Nashville, Tennessee; three at ABC Studios in Hollywood, California; one in Winter Haven, Florida, and one at Carnegie Hall in New York City.

The variety program featured country performers such as George Jones, Buck Owens and Dean's former band member Roy Clark, and pop artists like the Everly Brothers and Gene Pitney. Comics Jackie Mason, Don Adams, and Dick Shawn also appeared. Muppet character Rowlf the Dog (performed by Jim Henson) debuted as a regular on the show, and during the premiere episode of the series in 1963, Dean interacted with an animated Fred Flintstone. [5] The Jimmy Dean Show in 1964 hosted the first television appearance of Hank Williams, Jr., who at the age of fourteen sang several songs associated with his legendary late father, Hank Williams. [6]

Jimmy Dean and Rowlf the Dog

The show introduced Rowlf the Dog, his Muppet side-kick, who often performed duets with Dean. Introduced each time as Dean's "ol' buddy", Rowlf was Jim Henson's first Muppet to score a regular spot on a network television show and appeared in 85 of the 86 episodes. While Don Sahlin maintained the puppet, Jerry Juhl assisted in writing the Rowlf sketches with the help of the show's staff writers and even assisted Jim Henson and Jimmy Dean on occasion. During production on episodes that featured Rowlf the Dog, Jim Henson would perform Rowlf with the Muppet's right arm operated by Frank Oz, which was later operated by Jerry Nelson. [7] Henson was so grateful for the exposure Dean offered on his show that he in turn proposed that Dean take a 40 percent stake in the Muppets. Dean refused, however, later saying in 2005, "I didn't do anything to earn that." [8]

When it came to an episode of The Ed Sullivan Show that aired on October 8, 1967, Jimmy Dean and Rowlf the Dog were reunited one final time where they performed "Friendship" while doing the "herd of cows" gag.

Peppiatt and Aylesworth, a Canadian duo who wrote for The Jimmy Dean Show, noted that while it had a country music star, and rural comedy was extremely popular in the 1960s, the show itself had quite little rural humor. In 1969, Peppiatt and Aylesworth created Hee Haw as a way to cater to the rural audience, bringing on two of Dean's most frequent guests as hosts, Buck Owens and Roy Clark. [4]

The longer-running prime-time series was produced on black and white videotape which was later disposed of by ABC. Eighty-two of the surviving 1960s reference 16mm Kinescope copies of the series were salvaged from the UCLA Archives by the Jimmy Dean Estate and restored by Donna Dean Stevens Entertainment in 2016 and 2017. In January 2017, the painstakingly remastered Season 1 of the show, which had not been seen in over 50 years, was released as a DVD set. The set includes exclusive interviews with Merle Haggard, Bobby Bare, Bill Anderson, and Donna Dean Stevens. [9]

James Maury Henson was an American puppeteer, animator, cartoonist, actor, inventor, composer, filmmaker and screenwriter, who achieved worldwide notice as the creator of The Muppets characters and Fraggle Rock (1983–1987); and as the director of The Dark Crystal (1982) and Labyrinth (1986). He was born in Greenville, Mississippi, and raised in Leland, Mississippi, and University Park, Maryland.

The Muppets are an ensemble cast of puppet characters known for an absurdist, burlesque, and self-referential style of variety-sketch comedy. Created by Jim Henson in 1955, they are the namesakes of the Disney-owned media franchise that encompasses television, film, music, and other media associated with the characters.

The Muppet Show is a comedy television series created by Jim Henson and featuring the Muppets. The series originated as two pilot episodes produced by Henson for ABC in 1974 and 1975, respectively. While neither episode was moved forward as a series and other networks in the United States rejected Henson's proposals, British producer Lew Grade expressed interest in the project and agreed to co-produce The Muppet Show for ATV. Five seasons, totalling 120 episodes, were broadcast on ATV and other ITV franchises in the United Kingdom and in first-run syndication through CBS in the US from 1976 to 1981. The programme was taped at Elstree Studios, England.

The Ed Sullivan Show was an American television variety show that ran on CBS from June 20, 1948, to March 28, 1971, and was hosted by New York entertainment columnist Ed Sullivan. It was replaced in September 1971 by the CBS Sunday Night Movie. 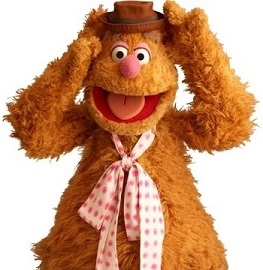 Fozzie Bear is a Muppet character best known for his ineffective stand-up comedy skills. Fozzie is an orange bear who often wears a brown pork pie hat and a pink and white polka dot necktie. The character debuted on The Muppet Show, as the show's stand-up comic, a role where he employed his catchphrase "Wocka wocka!" to indicate that he'd completed a joke. He was often the target of ridicule, particularly from balcony hecklers Statler and Waldorf. Fozzie was performed by Frank Oz until 2001; Eric Jacobson has since become the character's principal performer.

Jimmy Ray Dean was an American country music singer, television host, actor, and businessman. He was the creator of the Jimmy Dean sausage brand as well as the spokesman for its TV commercials. He is a distant cousin of actor James Dean 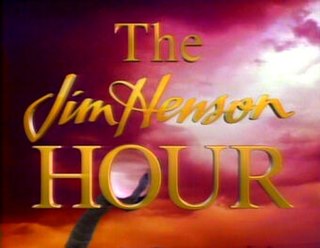 The Jim Henson Hour is a television series that aired on NBC in 1989. It was developed as a showcase for Jim Henson Productions' various puppet creations, including the Muppet characters.

Jim Henson's Muppet Babies, commonly known by the shortened title Muppet Babies, is an American animated television series that aired from September 15, 1984, to November 2, 1991, on CBS. The show portrays childhood versions of the Muppets living together in a nursery under the care of a human woman identified only as Nanny, who appears in almost every episode, but her face is never visible; only the babies' view of her pink skirt, purple sweater, and distinctive green and white striped socks is shown. The idea of presenting the Muppets as children first appeared in a dream sequence in The Muppets Take Manhattan (1984), released two months before Muppet Babies debuted, in which Miss Piggy imagined what it would be like if she and Kermit the Frog had grown up together. 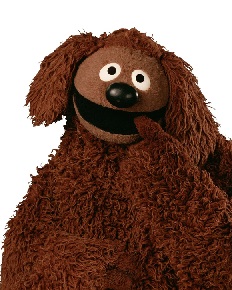 Rowlf the Dog is a Muppet character, a scruffy brown dog of indeterminate breed, though part Corgi, with a rounded black nose and long floppy ears. He was created and originally performed by Jim Henson. Rowlf is the Muppet Theatre's resident pianist on the The Muppet Show, as well as one of the show's main cast members. Calm and wisecracking, his humor is characterized as deadpan and as such, he is one of few Muppets who is rarely flustered by the show's prevalent mayhem. He is very easy-going and a fan of classical music and musicals. He is claimed to be the Muppet most like Henson was in real life. 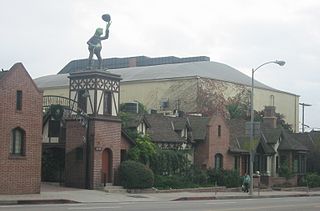 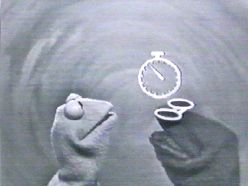 Sam and Friends is an American live-action/puppet television show created by puppeteer Jim Henson and his eventual wife Jane Nebel. It was taped and aired twice daily as a local series in Washington, D.C., on WRC-TV in black and white, and later color, on weeknights from May 9, 1955, to December 15, 1961. Most of the original episodes were never recorded, and some that were have been lost. A few surviving episodes can be viewed at the Paley Center for Media but many can also be found on video websites like YouTube, such as those digitally archived by The Jim Henson Company. Some have been documented by either the Henson Archives or newspaper articles published while the show was still on air. 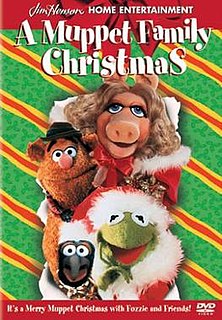 A Muppet Family Christmas is a Christmas television special starring Jim Henson's Muppets. It first aired on December 16, 1987, on the ABC television network in the United States.

William Paul Barretta is an American puppeteer, actor, producer and director, who is best known for providing the puppetry and voice of characters such as Pepe the King Prawn, Johnny Fiama, Big Mean Carl, and Bobo the Bear. He also inherited the roles of Rowlf the Dog, Swedish Chef, Mahna Mahna, and Dr. Teeth after the death of Muppet creator Jim Henson. 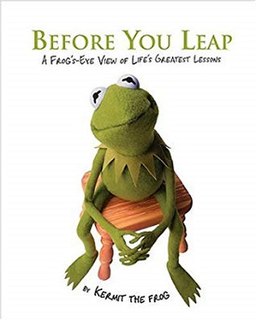 Before You Leap is the autobiography published under the name of the Muppet character Kermit the Frog. In actuality, the book was written as a self-help guide by Jim Lewis. It was released by Meredith Books in September 2006. 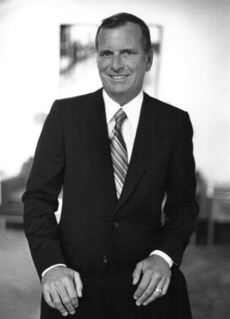 John Bansley Aylesworth was a Canadian television writer, producer, comedian, and actor, best known as co-creator of the American country music television variety show Hee Haw, which appeared on network television for two years and then ran for decades in first-run syndication.

The Muppets: A Celebration of 30 Years is a one-hour special starring Jim Henson's Muppets. It was shot in Toronto, Ontario in 1985 and aired January 21, 1986 on CBS.

The Muppets on Puppets is a 1970 TV special created by Jim Henson. The special was produced in June 1968 at public television station WITF-TV in Hershey, Pennsylvania, for National Educational Television. It aired on New York's WNET on January 5, 1970, as part of the station's Adventure in the Arts anthology series. Henson and company made three additional specials in color as part of the series at WITF-TV. The special is included as a bonus feature on the DVD set The Muppet Show: Season Three. This release includes a few audio drop-outs due to the video source. 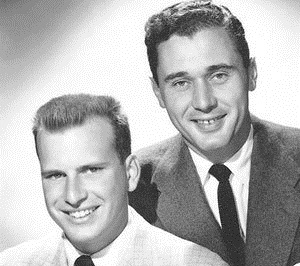