An editorial statement, penned in the inaugural issue by William Styron, stated the magazine's aim: [8]

The Paris Review hopes to emphasize creative work—fiction and poetry—not to the exclusion of criticism, but with the aim in mind of merely removing criticism from the dominating place it holds in most literary magazines. […] I think The Paris Review should welcome these people into its pages: the good writers and good poets, the non-drumbeaters and non-axe-grinders. So long as they're good.

The magazine's first office was located in a small room of the publishing house Éditions de la Table ronde. Other notable locations of The Paris Review include a Thames River grain carrier anchored on the Seine from 1956 to 1957. The Café de Tournon in the Rue de Tournon on the Rive Gauche was the meeting place for staffers and writers, including du Bois, Plimpton, Matthiessen, Alexander Trocchi, Christopher Logue and Eugene Walter.

The first-floor and basement rooms in Plimpton's 72nd Street apartment became the headquarters of The Paris Review when the magazine moved from Paris to New York City in 1973.

Brigid Hughes took over as editor following Plimpton's death in 2003; her last issue was March 2005. She was succeeded by Philip Gourevitch in spring 2005. [4] Under Gourevitch's leadership, the Review began incorporating more nonfiction pieces and, for the first time, began regularly publishing a photography spread. The Paris Review also announced, in 2006, the publication of a four-volume set of Paris Review interviews. The Paris Review Interviews, Volumes I–IV were published by Picador from 2006 to 2009. Gourevitch announced his departure in the fall of 2009, citing a desire to concentrate more fully on his writing. [9] [10] [11]

In 2007, an article published by The New York Times supported the claim that founding editor Matthiessen was in the CIA but stated that the magazine was used as a cover, rather than a collaborator, for his spying activities. [12] In a May 27, 2008 interview with Charlie Rose, Matthiessen stated that he "invented The Paris Review as cover" for his CIA activities. [13] Matthiessen maintained that the Review was not part of the Congress for Cultural Freedom (CCF), an organization used by the CIA to sponsor an array of literary magazines; but the record shows The Paris Review benefited financially from selling article reprints to CCF magazines. [14]

Lorin Stein was named editor of The Paris Review in April 2010. He oversaw a redesign of the magazine's print edition and its website, both of which were met with critical acclaim. [15] [16] [17] In September 2010, the Review made available online its entire archive of interviews. [18] [19] On December 6, 2017, Stein resigned amid an internal investigation into his sexual misconduct toward women he worked with at the magazine. [20]

On October 8, 2012, the magazine launched its app for the iPad and iPhone. [23] Developed by Atavist, the app includes access to new issues, back issues, and archival collections from its fiction and poetry sections—along with the complete interview series and the Paris Review Daily. [24]

In November 2015, The Paris Review published its first anthology of new writing since 1964, The Unprofessionals: New American Writing from The Paris Review, [25] including writing by well-established authors like Zadie Smith, Ben Lerner, and John Jeremiah Sullivan, as well as emerging writers like Emma Cline, Ottessa Moshfegh, Alexandra Kleeman, and Angela Flournoy. [26]

In late 2021, for the first issue with Stokes as editor-in-chief and Na Kim as art director, the journal was given a redesign by Matt Willey of Pentagram that hearkened back to the look that it had in the late 1960s and early 1970s, with a minimalist style, a cover with a sans serif font and a great deal of white space, a smaller trim size, and paper that was physically softer. [27]

The Review has published several emerging writers who have gone to notable careers, including Adrienne Rich, Naipaul, Philip Roth, T. Coraghessan Boyle, Mona Simpson, Edward P. Jones and Rick Moody. Selections from Samuel Beckett's novel Molloy appeared in the fifth issue. The magazine was also among the first to recognize the work of Jack Kerouac with the publication of his short story, "The Mexican Girl", in 1955. Other works which made their first appearance in The Paris Review include Italo Calvino's Last Comes the Raven, Philip Roth's Goodbye Columbus , Donald Barthelme's Alice, Jim Carroll's The Basketball Diaries , Matthiessen's Far Tortuga, Jeffrey Eugenides's The Virgin Suicides , and Jonathan Franzen's The Corrections .

Aisha Sabatini Sloan is an emerging writer with a monthly column, "Detroit Archives". The series explores her family history through iconic landmarks in Detroit. [28]

"The interviews in The Paris Review […] are about as canonical, in our literary universe, as spoken words can be. They long ago set the standard […] for what well-brewed conversation should sound like on the page."

An interview with E. M. Forster — an acquaintance of Plimpton's from his days at King's College, Cambridge — became the first in a long series of author interviews, now known as the Writers at Work series.

The series, suspended after George Plimpton's death in 2003, was relaunched in 2012 with a print by Donald Baechler.

Three prizes are awarded annually by the editors of The Paris Review: the Paris Review Hadada, the Plimpton Prize , and the Terry Southern Prize for Humor. Winning selections are celebrated at the annual Spring Revel. No application form is required. Instead, winners are selected from the stories and poems published the previous year in The Paris Review.

The Paris Review Spring Revel is an annual gala held in celebration of American writers and writing. [32] [33] The Revel "brings together leading figures and patrons of American arts and letters from throughout New York to pay tribute to distinguished writers at different stages of their careers". [34] Proceeds from the Spring Revel go directly toward The Paris Review Foundation, a 501(c)(3) non-profit organization established by the co-founders in 2000 to ensure the future of The Paris Review.

The 2013 Spring Revel took place on April 9, 2013 and presented Paula Fox with the Hadada.

The 2017 Spring Revel took place on April 4, 2017 and Edward Hirsch presented poet and former poetry editor for the Paris Review, Richard Howard with the Hadada. [40]

The 2018 Spring Revel honored Joy Williams with the Hadada, presented by John Waters. [41]

The 2019 Spring Revel took place on April 2, 2019 and Fran Lebowitz presented Deborah Eisenberg with the Hadada. [42] 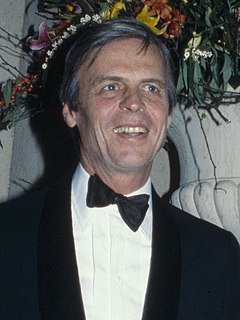 George Ames Plimpton was an American journalist, writer, literary editor, actor and occasional amateur sportsman. He is widely known for his sports writing and for helping to found The Paris Review, as well as his patrician demeanor and accent. He was also known for "participatory journalism," including accounts of his active involvement in professional sporting events, acting in a Western, performing a comedy act at Caesars Palace in Las Vegas, and playing with the New York Philharmonic Orchestra and then recording the experience from the point of view of an amateur.

Jamaica Kincaid is an Antiguan-American novelist, essayist, gardener, and gardening writer. She was born in St. John's, Antigua. She lives in North Bennington, Vermont, during the summers, and is Professor of African and African American Studies in Residence at Harvard University during the academic year.

The Underground Literary Alliance is a Philadelphia-based and internationally membered group of writers, zinesters and DIY writers. They seek to expose what they see as the corruption and insularity in the American book-publishing establishment while providing alternative avenues for writers who don't easily fit into mainstream institutions and agendas.

Peter Matthiessen was an American novelist, naturalist, wilderness writer, and zen teacher. A co-founder of the literary magazine The Paris Review, he was the only writer to have won the National Book Award in both nonfiction and fiction. He was also a prominent environmental activist.

Philip Gourevitch, an American author and journalist, is a longtime staff writer for The New Yorker and a former editor of The Paris Review.

Shakespeare and Company is an iconic English-language bookstore opened in 1951 by George Whitman, located on Paris's Left Bank. 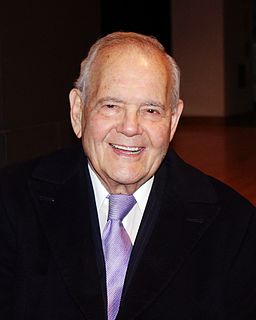 Robert Benjamin Silvers was an American editor who served as editor of The New York Review of Books from 1963 to 2017. 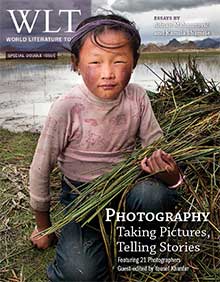 World Literature Today is an American magazine of international literature and culture, published at the University of Oklahoma. The magazine presents essays, poetry, fiction, interviews, and book reviews from all over the world in a non-academic format accessible to a broad audience. It was founded under the name Books Abroad in 1927 by Roy Temple House, chair of the Department of Modern Languages at the University of Oklahoma. In January 1977, the journal assumed its present name, World Literature Today.

William Phillips was an American editor, writer and public intellectual who co-founded Partisan Review. Together with co-editor Philip Rahv, Phillips made Partisan Review into one of the foremost journals of politics, literature, and the arts, particularly from the 1930s through the 1950s. In all, Phillips headed up the publication for six decades. He was the last surviving member of the first generation of The New York Intellectuals, which The Guardian described as "that brilliant and cantankerous group who 'argued the world' for decades." 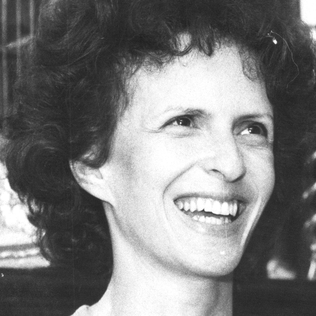 Jean Babette Stein was an American author and editor.

Wells Tower is an American writer of short stories, non-fiction, feature films and television. In 2009 he published his first short story collection, Everything Ravaged, Everything Burned to much critical acclaim. His short fiction has also been published in The New Yorker, The Paris Review, McSweeney's, Vice, Harper's Magazine, A Public Space, Fence and other periodicals. In 2022, he wrote the screenplay for the feature film "Pain Hustlers", starring Emily Blunt and directed by David Yates, which was bought by Netflix for $50 million.

Lorin Hollister Stein is an American critic, editor, and translator. He was the editor in chief of The Paris Review but resigned in 2017 following several anonymous accusations of sexual impropriety. Under Stein's editorship, The Paris Review won two National Magazine Awards—the first in the category of Essays and Criticism (2011), and the second for General Excellence (2013).

Thomas Henry Guinzburg was an American editor and publisher who served as the first managing editor of The Paris Review following its inception in 1953 and later succeeded his father as president of the Viking Press. 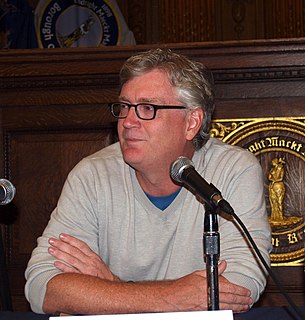 Jonathan Dee is an American novelist and non-fiction writer. His fifth novel, The Privileges, was a finalist for the 2011 Pulitzer Prize for Fiction. 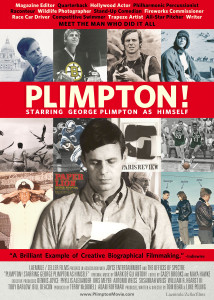 Plimpton! Starring George Plimpton as Himself is a 2013 American documentary film directed by Tom Bean and Luke Poling about the writer George Plimpton, who was a co-founder of The Paris Review and contributor to the participatory journalism genre. 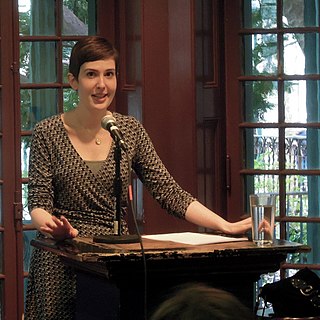 Patricia Lockwood is an American poet, novelist, and essayist. Her 2021 debut novel, No One Is Talking About This, won the Dylan Thomas Prize. Her 2017 memoir Priestdaddy won the Thurber Prize for American Humor. Her poetry collections include Motherland Fatherland Homelandsexuals, a 2014 New York Times Notable Book. Since 2019, she has been a contributing editor for The London Review of Books.

Ottessa Charlotte Moshfegh is an American author and novelist. Her debut novel, Eileen (2015), won the Hemingway Foundation/PEN Award, was shortlisted for the Booker Prize, and was a fiction finalist for the National Book Critics Circle Award. Moshfegh's subsequent novels include My Year of Rest and Relaxation, Death in Her Hands, and Lapvona.

Brigid Hughes is a Brooklyn, New York-based literary editor. Hughes is best known for assuming the executive editor role at literary journal The Paris Review after the death of founding editor George Plimpton and for founding the literary magazine A Public Space in 2006.

Wikimedia Commons has media related to The Paris Review .
This page is based on this Wikipedia article
Text is available under the CC BY-SA 4.0 license; additional terms may apply.
Images, videos and audio are available under their respective licenses.