The Return of the Rat

The Return of the Rat is the last of a trilogy of films starring Novello as Pierre Boucheron (The Rat) and Jeans as his sometime lover, sometime nemesis Zélie. Marie Ault also appears in all three films. Like its predecessor The Triumph of the Rat , The Return of the Rat does not take the story up from where the previous film had ended, instead opening with a scenario which does not seem to flow logically from the previous film's conclusion. The Triumph of the Rat closes with Pierre destitute and on the street, a situation brought about mainly by Zélie's spite and vindictiveness, yet by the start of The Return of the Rat the couple are married. Contemporary reviewers[ who? ] noted that it seemed implausible in the extreme that the character of Pierre as previously portrayed would have sought charity from the very architect of his downfall, let alone married her.

The Return of the Rat is generally considered the weakest of the trilogy, consisting largely of recycled plot devices and set pieces from the earlier films. Another weakness is cited as the jarring, and to all appearances random, interpolation of a pair of comedy Cockney characters whose presence in the Parisian setting seems highly incongruous and does not appear to serve any particular dramatic purpose in the film. The film's technical values are well-regarded however, with film historian Christine Gledhill citing it as "Cutts at the height of his visual powers". [1]

Pierre and Zélie are now married, but it is clear that the union has hit trouble. The latest manifestation of Zélie's restless, capricious nature is heavy gambling, to Pierre's disapproval. He nags her about her habit, but is ignored. Having tamed Pierre, Zélie now finds herself bored with him and starts to flirt openly with the wealthy Henri (Bernard Nedell). Her dismissive attitude towards Pierre, coupled with her continual desire to put him down and belittle him, finally causes him to leave her and return once again to his old haunt, the White Coffin Club.

The White Coffin is now ruled by Morel (Gordon Harker), and Pierre has to outwit him in order to reassert his dominance. In the process he attracts the devotion of barmaid Lisette (Poulton). Pierre and his followers hatch an elaborate scheme to humiliate Zélie and gain revenge on her for her transgressions. Matters take a sinister turn when Zélie is murdered during a party she is throwing for her society friends to celebrate her new association with Henri. The police believe they have evidence incriminating Pierre for the crime, and once again he finds himself pursued through the back streets of Paris by the forces of the law. Pierre has to use all his wits and cunning to evade the police while finding evidence to prove the real identity of Zélie's killer. 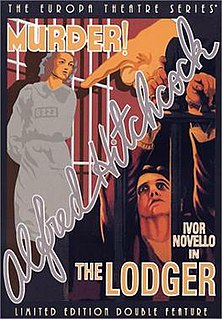 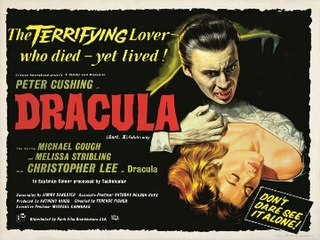 Dracula is a 1958 British gothic horror film directed by Terence Fisher and written by Jimmy Sangster based on Bram Stoker's 1897 novel of the same title. The first in the series of Hammer Horror films starring Christopher Lee as Count Dracula, the film also features Peter Cushing as Doctor Van Helsing, along with Michael Gough, Melissa Stribling, Carol Marsh, and John Van Eyssen. In the United States, the film was retitled Horror of Dracula to avoid confusion with the U.S. original by Universal Pictures, 1931's Dracula.

Nosferatu the Vampyre is a 1979 horror film written and directed by Werner Herzog. Its original German title is Nosferatu: Phantom der Nacht. It is set primarily in 19th-century Wismar, Germany and Transylvania, and was conceived as a stylistic remake of F. W. Murnau's 1922 German Dracula adaptation Nosferatu. The picture stars Klaus Kinski as Count Dracula, Isabelle Adjani as Lucy Harker, Bruno Ganz as Jonathan Harker, and French artist-writer Roland Topor as Renfield. There are two different versions of the film, one in which the actors speak English, and one in which they speak German.

The Happy Hypocrite: A Fairy Tale for Tired Men is a short story with moral implications, first published in a separate volume by Max Beerbohm in 1897. His earliest short story, "The Happy Hypocrite" first appeared in Volume XI of The Yellow Book in October, 1896. Beerbohm's tale is a lighter, more humorous version of Oscar Wilde's 1890 classic tale of moral degeneration, The Picture of Dorian Gray.

Dracula is an adaptation, first published in 1996, by American playwright Steven Dietz of Bram Stoker's 1897 novel by the same name. Though it has never run on Broadway, the author lists it among his most financially successful works, and it is frequently performed near Halloween in regional and community theaters. Closely following the plot of the novel, the play chronicles Count Dracula's journey to England, his stalking of two young women, and his pursuit and eventual defeat by the heroines' suitors and their associates. 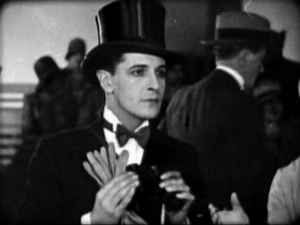 The Rat is a play by the British writers Ivor Novello and Constance Collier which first premiered in 1924. It ran for 282 performances in its original West End run, initially at the Prince of Wales Theatre before transferring to the Garrick Theatre. Novello himself starred as the title character, an Apache dancer who frequents Paris nightclubs. The cast also included James Lindsay and Isabel Jeans. On Broadway it enjoyed a run of 126 performances at the Colonial Theatre.

Arlette is a 1917 operetta in three acts by Austen Hurgon and George Arthurs with lyrics by Adrian Ross and Clifford Grey. Produced by George Grossmith Jr. and Edward Laurillard it was adapted from the French with music by Jane Vieu, Guy Le Feuvre and Ivor Novello. It opened at the Shaftesbury Theatre in London on 6 September 1917 where it ran for 260 performances. It starred Winifred Barnes, Joseph Coyne and Stanley Lupino.