Anita Wachter is a former World Cup alpine ski racer and Olympic gold medalist from Austria. She focused on the technical events and specialized in giant slalom. 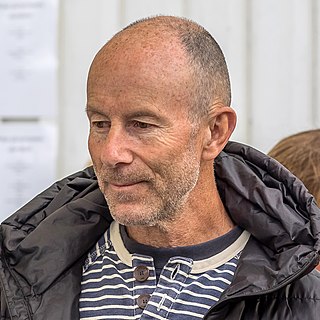 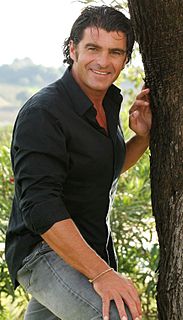 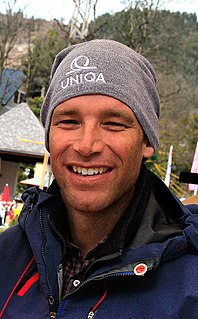 Diann Roffe, also known as Diann Roffe-Steinrotter, is a former World Cup alpine ski racer and Olympic gold medalist from the United States. Born in Warsaw, New York, she won the Super G at the 1994 Olympics in Lillehammer, Norway. Roffe also won the silver medal in the giant slalom at the 1992 Winter Olympics in Albertville, France and a gold medal in the GS at the 1985 World Championships in Bormio, Italy at age 17. Though she did gain place 8 in the World Cup Giant Slalom Race on March 7, 1984, at Lake Placid, she was unknown more or less, when she did compete in that race on February 6. In the progress of the race she finished 5th after the first leg. In the second leg, Diann was outclass - clocked in 1:09.35 she had a margin of 0.77 second in that leg to the second placed Elisabeth Kirchler. 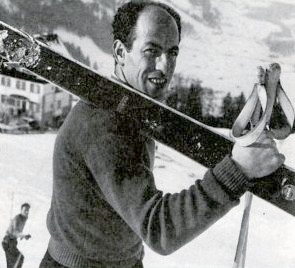 Zeno Colò was a champion alpine ski racer from Italy. Born in Cutigliano, Tuscany, he was among the top ski racers of the late 1940s and early 1950s.

Francisco "Paquito" Fernández Ochoa was a World Cup alpine ski racer from Spain. Born in Madrid and raised north of the city in Cercedilla, he was the eldest of eight children whose father ran a ski school. Paquito raced in all of the alpine disciplines and specialized in slalom.

Thomas Sykora is a former alpine skier from Austria. 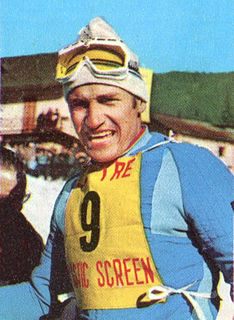 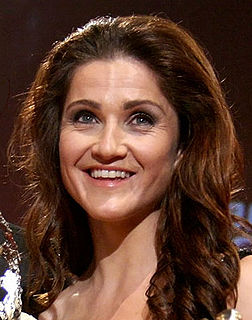 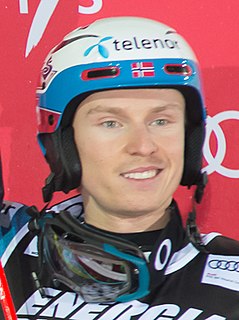