Thornhill is a village in the county of Cumbria, England, south of Whitehaven and north of Seascale, close to St. Bees, and only a few miles from the Irish Sea. The village was created by Whitehaven Rural District Council and Egremont Urban District Council in the 1920s, as part of the national campaign to improve housing conditions, keeping a promise made by the Government to soldiers fighting the First World War. Tenants moved into the first completed houses, on Thorny Road, late in 1921.

Thornhill is within the ancient parish of St John Beckermet, and Thornhill Mission is an Anglican Church under the Benefice of Beckermet, created so that parishioners would not have to travel to Beckermet to attend church. 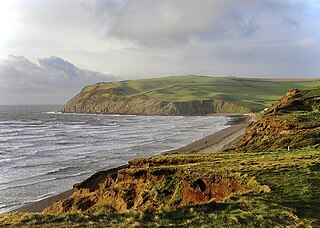 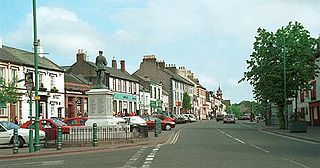 Egremont is a market town, civil parish and two electoral wards in Cumbria, England, and historically part of Cumberland. It is situated just outside the Lake District National Park, 5 miles (8.0 km) south of Whitehaven and on the River Ehen. 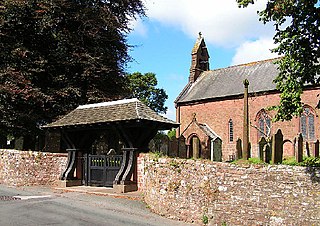 Gosforth is a village, civil parish and electoral ward in the Lake District, in the Borough of Copeland in Cumbria, England. Historically in Cumberland, it is situated on the A595 road between Whitehaven and Barrow-in-Furness. It had a population of 1,230 at the 2001 Census. At the 2011 census Gosforth was grouped with Ponsonby and Wasdale giving a total population of 1,396.

Beckermet is a village and civil parish in Cumbria, England, between Egremont and Seascale. The parish had a population of 1,619 in the 2011 census.

Lamplugh is a scattered community and civil parish located in West Cumbria on the edge of the English Lake District and historically part of Cumberland. It had a population of 763 in 2001, increasing to 805 at the 2011 Census. 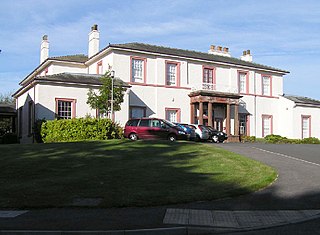 Moor Row is a village situated in North West England. It is in Cumbria and is located on a minor road off the A595 road south of Whitehaven. In 2018 it had an estimated population of 759. 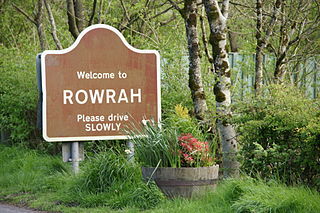 Rowrah is a village in Cumbria, England, and spans the civil parishes of Arlecdon and Frizington and Lamplugh. The majority of Rowrah is within Arlecdon and Frizington. The parish boundaries are formed from the Windergill Beck and Colliergate Beck: as such nine properties, Rowrah Hall Farm, Rowrah Hall, Ainsdale House, Rowrah Head, four properties on Pheasants Rise and Rowrah Station technically fall within Lamplugh. 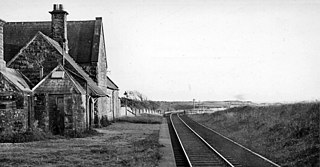 Beckermet railway station is a disused rail station located in the town of Beckermet in Cumbria. 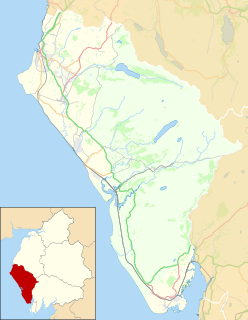 Woodend railway station was planned by the Whitehaven, Cleator and Egremont Railway on its Sellafield to Moor Row branch, but by the time the station opened the company had been bought out by the LNWR and Furness Railway who operated the line jointly until grouping in 1923. 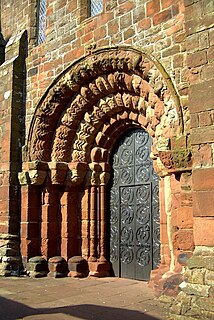 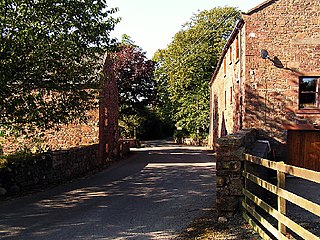 Haile is a small village and civil parish in Copeland district, in the county of Cumbria, England. It had a population of 617 at the 2011 Census.

Egremont railway station was built by the Whitehaven, Cleator and Egremont Railway as the first southern terminus of what would become the Moor Row to Sellafield branch. In 1878 the company was bought out by the LNWR and Furness Railway who operated the line jointly until grouping in 1923.

St Thomas Cross Platform was a railway station used by workmen's trains on the Moor Row to Sellafield line on what is now the southeastern, Cringlethwaite, edge of Egremont, Cumbria, England.

Beckermet Mines railway station was situated at Pit No.1 of the mine of the same name. It was used by workmen's trains which travelled along a branch which curved eastwards off the Moor Row to Sellafield line, primarily to handle the iron ore lifted at the site. 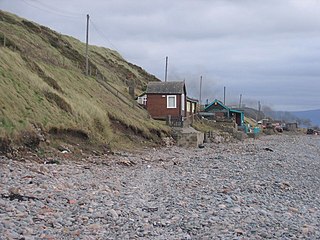 Lowside Quarter is a civil parish in Copeland, Cumbria, England. At the 2011 census it had a population of 583.