Thottbot was a website created by Bill "Aftathott" Dyess and originally launched in 2001 as a news aggregator for various online role-playing games. In August 2004, the site was re-written into a searchable database exclusively for the MMORPG World of Warcraft , as well as a plug-in that could be used in the game itself to gather additional data. [2] The website was discontinued on November 30, 2010 when its parent company, ZAM Network (now Fanbyte), merged it with its similar database website Wowhead.

Since the launch of World of Warcraft Classic, Thottbot is now redirected to the Classic version of Wowhead, with a "Thottbot theme" available. [3]

The original Thottbot was a news aggregator created by Bill "Aftathott" Dyess, founder of the EverQuest guild "Afterlife", in March 2001. Its purpose was to comb various video game websites for news and information on a number of MMORPGs with a focus on EverQuest, and later grew to include other games such as PlanetSide , Meridian 59 , Dark Age of Camelot , and World of Warcraft . [4] In August 2004, Thottbot was re-written to become a searchable database that focused exclusively on World of Warcraft three months prior to the game's retail release. Thottbot would also become affiliated with Cosmos, a popular collection of user-interface modifications.

The associated World of Warcraft plug-in, which is programmed in the Lua programming language, [5] collected information while a person is playing the game. Users could then upload the information to the website's database. The information on the website only came from players using the plug-in and who took the time to upload the data. Information contained on Thottbot included descriptions of items, weapons and armor pieces which web users could browse and search. Users could also create a profile, so others could search and view different players. This required the user to run the plug-in, and since not every player had the plug-in, not every player was represented on the database.

Thottbot owner ZAM Network acquired the World of Warcraft database Wowhead in June 2007 for $1 million. [6] [7] [8] [9] The website was discontinued on November 30, 2010. The website's URL now simply redirects the reader to Wowhead. [10] For a time, some pages of Thottbot were still able to be accessed through Wowhead, but on November 16, 2016, the Thottbot site was completely discontinued, and all Thottbot URLs began to forward to their equivalent pages on Wowhead.

Simon Carless of Gamasutra described Thottbot as a "major item listing site". [11] As of March 9, 2008, web traffic company Alexa reported that Thottbot.com was the 250th most visited site on the internet. [12]

During the 2006 Austin Game Conference, World of Warcraft lead designer Rob Pardo spoke of the hardcore market and casual market for World of Warcraft , saying "The people that don't go to ThottBot are the casual players, and they're the ones you need to hold the hand of." [13] A January 2007 article in the Detroit Free Press named the site as a good place to find jewelcrafting designs discovered during the beta test of World of Warcraft: The Burning Crusade . [14]

World of Warcraft (WoW) is a massively multiplayer online role-playing game (MMORPG) released in 2004 by Blizzard Entertainment. Set in the Warcraft fantasy universe, World of Warcraft takes place within the world of Azeroth, approximately four years after the events of the previous game in the series, Warcraft III: The Frozen Throne. The game was announced in 2001, and was released for the 10th anniversary of the Warcraft franchise on November 23, 2004. Since launch, World of Warcraft has had eight major expansion packs: The Burning Crusade (2007), Wrath of the Lich King (2008), Cataclysm (2010), Mists of Pandaria (2012), Warlords of Draenor (2014), Legion (2016), Battle for Azeroth (2018), and Shadowlands (2020).

A massively multiplayer online game is an online game with large numbers of players, often hundreds or thousands, on the same server. MMOs usually feature a huge, persistent open world, although there are games that differ. These games can be found for most network-capable platforms, including the personal computer, video game console, or smartphones and other mobile devices.

NCSoft Corporation is an international video game developer and publisher headquartered in Pangyo, Seongnam, South Korea, primarily known for the distribution of massively multiplayer online role-playing games such as Lineage and Guild Wars.

An online game is a video game that is either partially or primarily played through the Internet or any other computer network available. Online games are ubiquitous on modern gaming platforms, including PCs, consoles and mobile devices, and span many genres, including first-person shooters, strategy games, and massively multiplayer online role-playing games (MMORPG). In 2019, revenue in the online games segment reached $16.9 billion, with $4.2 billion generated by China and $3.5 billion in the United States. Since 2010s, a common trend among online games has been operating them as games as a service, using monetization schemes such as loot boxes and battle passes as purchasable items atop freely-offered games. Unlike purchased retail games, online games have the problem of not being permanently playable, as they require special servers in order to function.

Gamasutra is a website founded in 1997 that focuses on all aspects of video game development. It is owned and operated by Informa and acted as the online sister publication to the print magazine Game Developer.

IGE is a company which trades in virtual currency and accounts for MMORPGs. One of the main dealers in virtual economy services, members of the gaming community were often critical of IGE, as its services may allow players to break rules in online games.

In video games, a raid is a type of mission in massively multiplayer online role-playing games (MMORPGs) where a number of people attempt to defeat either: (a) another number of people at player-vs-player (PVP), (b) a series of computer-controlled enemies in a player-vs-environment (PVE) battlefield, or (c) a very powerful boss (superboss). This type of objective usually occurs within an instance dungeon, a separate server instance from the other players in the game.

Wowhead is a website that provides a searchable database, internet forum, guides and player character services for the popular massively multiplayer online role-playing game World of Warcraft. It is owned by Fanbyte, a subsidiary of the Chinese company Tencent.

Torchlight is an action role-playing hack and slash dungeon crawler video game developed by Runic Games and published by Perfect World, released for Windows in October 2009. The fantasy-themed game is set in the fictional town of Torchlight and the expansive caverns and dungeons nearby, which adventurers explore to collect valuable loot and battle hordes of monsters. Following the October 2009 digital distribution release, a Windows retail box version was released in the U.S. in January 2010 by Encore, Inc, and JoWooD Entertainment published a retail box in Europe in April 2010. A port for OS X was developed by World Domination Industries and released through Steam on May 12, 2010. Runic Games and World Domination Industries developed a port for Xbox Live Arcade which was released on March 9, 2011. A Linux port was released as part of the game's inclusion in the Humble Indie Bundle 6.

Glider, also known as WoWGlider or MMOGlider, was a bot created by MDY Industries, which interoperated with World of Warcraft. Glider automated and simplified actions by the user through the use of scripting to perform repetitive tasks while the user was away from the computer. This allowed the user to acquire in-game currency and level-ups of the character without being present to perform the required actions. As of 2008, it had sold approximately 100,000 copies. Glider was ultimately discontinued after a lawsuit was filed against MDY Industries by Blizzard Entertainment. 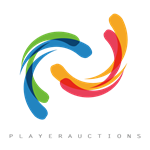 GamePal is an online platform for players of massively multiplayer online (MMO) games to buy, sell and trade digital assets such as in-game currency, items, accounts, and power leveling services. The site is a neutral marketplace that supports player-to-player as well as direct selling for popular MMOs. 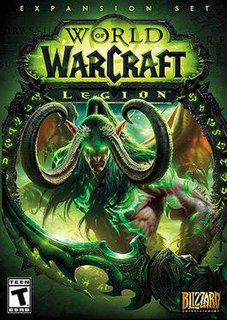 World of Warcraft Classic is a 2019 MMORPG video game developed and published by Blizzard Entertainment. Running alongside the main version of the game, Classic recreates World of Warcraft in the state it was in before the release of its first expansion, The Burning Crusade. It was announced at BlizzCon 2017 and was released globally August 26, 2019.