Three or Four Shades of Blues

In a contemporary review for The Village Voice , Robert Christgau said the second side on Three or Four Shades of Blue was "the best composed bebop" he had heard in 1977, partly because Coryell and Fortune gave their most impressive performances in some time. [5] The New Yorker found the record "subtle and funny and full of Mingus's peculiar and unmistakable authority". [6] AllMusic's Stuart Kremsky was less enthusiastic in a retrospective review, writing that it was not Mingus's "best work, but not without merit". He felt the title track was one of his most successful attempts at longer compositions, even though he said the electric guitars were out of place. [1]

All compositions by Charles Mingus. 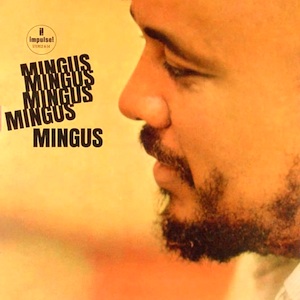 Epitaph is a composition by jazz musician Charles Mingus. It is 4,235 measures long, takes more than two hours to perform, and was only completely discovered during the cataloguing process after his death. With the help of a grant from the Ford Foundation, the score and instrumental parts were copied, and the work itself was premiered by a 30-piece orchestra, conducted by Gunther Schuller and produced by Mingus's widow, Sue, at Alice Tully Hall on June 3, 1989, 10 years after his death, and issued as a live album. It was performed again at several concerts in 2007. 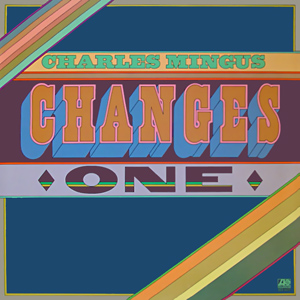 Changes One is an album by the jazz composer and bassist Charles Mingus, released in 1975. 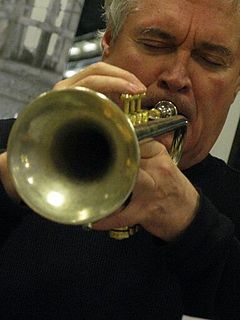 Jack Arthur Walrath is an American post-bop jazz trumpeter and musical arranger known for his work with Ray Charles, Gary Peacock, Charles Mingus, and Glenn Ferris, among others. 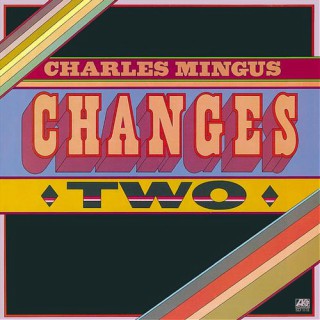 Changes Two is an album by Charles Mingus. It was recorded on 27, 28, and 30 December 1974 at Atlantic Studios in New York City—the same sessions which resulted in Mingus's album Changes One. Atlantic Records initially released the record; In 1993, it was issued on CD by Rhino Records.

Mingus at Carnegie Hall is a live album by the jazz bassist and composer Charles Mingus, recorded at Carnegie Hall in January 1974 by Mingus with Jon Faddis, Charles McPherson, John Handy, George Adams, Rahsaan Roland Kirk, Hamiet Bluiett, Don Pullen, and Dannie Richmond. The original release did not include the first part of the concert, featuring Mingus’s working sextet without Handy, Kirk, and McPherson. An expanded “Deluxe Edition” including the entire concert, was issued in 2021.

His Final Work is an album credited to Charles Mingus, released in 1977. His Final Work is a reissue of Lionel Hampton Presents Charles Mingus, released in 1977, which was also reissued as The Music of Charles Mingus and credited to Lionel Hampton. His Final Work comprises the final recording session that Mingus played an instrument on. Shortly after the completion of the recording sessions, Mingus was diagnosed with Amyotrophic lateral sclerosis which would lead to his death. The album features arrangements of Mingus's compositions by Paul Jeffrey.

Mingus at Monterey is a live album by the jazz bassist and composer Charles Mingus, recorded in 1964 at the Monterey Jazz Festival and originally released on Mingus's short-lived mail-order Jazz Workshop label but subsequently released on other labels.

Tonight at Noon is an album by the jazz bassist and composer Charles Mingus, released on the Atlantic label in 1964. It compiles tracks recorded at two sessions – the 1957 sessions for the album entitled The Clown and the 1961 sessions for Oh Yeah. These tracks have since been added to the CD re-releases of their respective albums as bonus tracks. 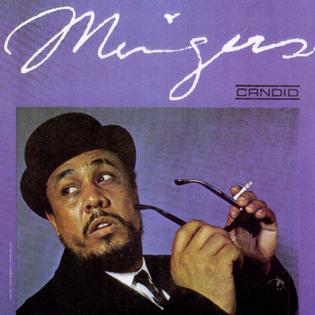 Mingus is an album by the jazz bassist and composer Charles Mingus. The album was recorded in October and November 1960 in New York and released in late 1961 on Nat Hentoff's Candid label. 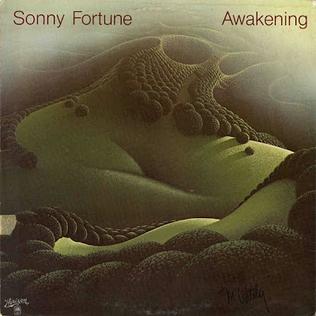 Awakening is an album by American saxophonist Sonny Fortune recorded in 1975 and released on the Horizon label.

Dannie Richmond Plays Charles Mingus is an album by drummer Dannie Richmond and the Last Mingus Band which was recorded in Italy in 1980 and released on the Dutch Timeless label. The album features compositions by jazz bassist Charles Mingus performed by members of his final working group with Cameron Brown substituting for the late Mingus.

Mingus in Europe Volume I is a live album by the jazz bassist and composer Charles Mingus, recorded in 1964 in Stadthalle in Wuppertal, Germany and released on the Enja label in 1980. 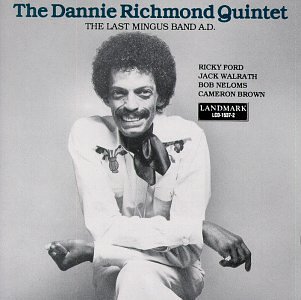 The Last Mingus Band A.D. is an album by drummer Dannie Richmond recorded in 1980 and originally released on the Gatemouth label as Dannie Richmond Quintet before being reissued on Landmark Records in 1994 with an additional track. 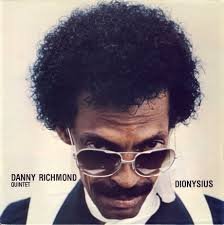 Dionysius is the final studio album by drummer Dannie Richmond recorded in Italy in 1983 and released on the Italian Red label.