Thrips angusticeps is an insect of the order Thysanoptera and the family of Thripidae. It is a pest on crops of flax, cereals and peas. 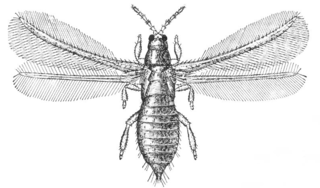 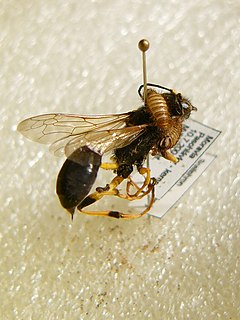 A pest is any animal or plant detrimental to humans or human concerns, including crops, livestock, and forestry. The term is also used of organisms that cause a nuisance, such as in the home. An older usage is of a deadly epidemic disease, specifically plague. In its broadest sense, a pest is a competitor of humanity.