"Thunderbirds / 3AM" (titled "Thunderbirds Are Go" on some editions of the single and album) is a double A-side single by English pop rock band Busted. It was released on 26 July 2004 as the fourth single from their second studio album, A Present for Everyone (2003). "Thunderbirds" was not originally included on the album, having been written specifically for the 2004 film Thunderbirds , although it later appeared on a re-issue of the album in Europe. "Thunderbirds" was not released on an album in the United Kingdom until the release of the group's live album A Ticket for Everyone: Busted Live in 2005.

All entries charted as "Thunderbirds" except where noted.

"5 Colours in Her Hair" is the debut single by English pop rock band McFly. It was also the band's first UK number one. It stayed at the top for two weeks. The song was written by Tom Fletcher, James Bourne, Danny Jones and Ben Sargeant. The track is especially well known for its "Doo, doo, doo, doo, doo, doo!" lyrics, played at the beginning and at the ending of the song. The CD and 7-inch formats features a duet with Busted singing a cover of the Kinks song "Lola".

"Obviously" is a song by English pop rock band McFly. It was released as the second single from their debut studio album, Room on the 3rd Floor. The single itself features a cover version of Beatles single, "Help!", as well as the band's first recorded interview—part one of which can be found on CD2, with part two appearing on a limited edition 7-inch picture disc. The single was the band's second number-one single on the UK Singles Chart, where it stayed for one week. It also reached number 14 in Ireland. 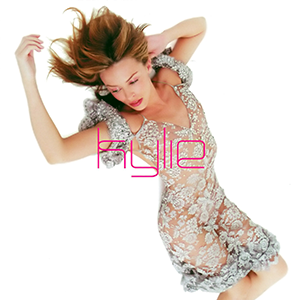 "Please Stay" is a song by Australian singer and songwriter Kylie Minogue for her seventh studio album, Light Years (2000). The song was written by Minogue, Richard Stannard, Julian Gallagher, and John Themis and was produced by Stannard and Gallagher. Festival Mushroom Records and Parlophone released the song as the fourth single from Light Years on 11 December 2000. "Please Stay" is a disco song with a strong Latin pop influence. The song received generally positive reviews from music critics. 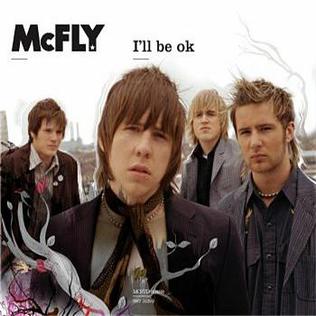 "I'll Be OK" is a song by English pop rock band McFly. It was released on 15 August 2005 as the second single from their second studio album, Wonderland (2005). The single became the group's fourth number-one single on the UK Singles Chart. Despite its initial popularity, it plunged to number eight during its second week on the chart and spent only a month inside the UK top 40. 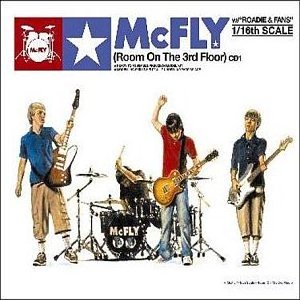 "Room on the 3rd Floor" is a song recorded by English pop rock band McFly. It was released on 15 November 2004 as the fourth and final single from their debut studio album of the same name (2004). The song debuted at number five in the UK Singles Chart and peaked at number 27 in Ireland. The song also appears as a B-side for the band's next single, "All About You/You've Got a Friend".

"That Girl" is a song recorded by English pop rock band McFly. It was written by frontman Tom Fletcher and Busted's James Bourne. The song was released on 6 September 2004 as the lead single from the band's debut studio album Room on the 3rd Floor (2004). It was their first single not to reach the top spot in the UK Singles Chart, peaking at number three. In Ireland, it reached number 14. 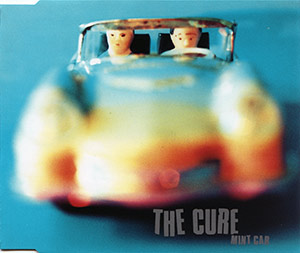 "Mint Car" is a song by English rock band the Cure, released as the second single from their tenth studio album Wild Mood Swings in June 1996. It reached the top 20 in Finland and Iceland and peaked at number 31 on the UK Singles Chart. 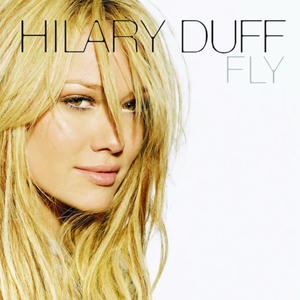 "Fly" is a song recorded by American actress and singer Hilary Duff for her 2004 self-titled third studio album. The song was written by Kara DioGuardi and John Shanks, who also produced the song. The song was first released in the United States on August 10, 2004, by Hollywood Records as the lead single from Hilary Duff. It was released again by Angel Records on March 13, 2006, in the United Kingdom as the fourth and final single from Duff's first compilation album Most Wanted (2005). It appears in Karaoke Revolution Party.

American singer Mary J. Blige began her career as a backing vocalist for Uptown Records in the early 1990s. She has released 13 studio albums, eight of which have achieved worldwide multi-million album sales. The "Queen of Hip-Hop Soul" and "Queen of R&B", Blige is uniquely credited as the first singer to release an album singing over hip-hop beats, which created the subgenre "hip hop soul" which fuses elements of soul, R&B and gospel style vocals over hip hop beats. Blige's genre-changing sound, in many ways, changed and shaped the sound for modern day R&B and blue-eyed soul artists. In September 1999, Rolling Stone bestowed her first album, What's the 411? (1992), as "genre-creating". Her discography consists of 14 top 10 Billboard 200 studio albums, two live albums, two remix albums and over eighty singles—including more than 20 as a featured artist. In 2009, Billboard magazine ranked Blige as the most successful female R&B/hip-hop artist of the past 25 years. In March 2017, Billboard magazine ranked her 2006 song "Be Without You" as the most successful R&B/hip-hop song of all time, as it spent an unparalleled 75 weeks on the Hot R&B/Hip-Hop Songs chart, 15 of those weeks at number one. In 2011, VH1 ranked Blige as the 80th greatest artist of all time. Moreover, she was ranked 100th on the list of "100 Greatest Singers of All Time" by Rolling Stone magazine. In 2012, VH1 ranked Blige ninth among "The 100 Greatest Woman in Music" listing.

"Maybe" is a song by English singer Emma Bunton from her second solo studio album, Free Me (2004). The song was written by Bunton and Yak Bondy, and produced by Mike Peden. It was released on 13 October 2003 as the album's second single. It enjoyed moderate commercial success, entering the top 40 on various record charts. The song contains lounge and bossa nova influences, and the music video was inspired by the style of Sweet Charity's song "Rich Man's Frug". Bunton performed an edit of the song as her solo performance on The Return of the Spice Girls tour. 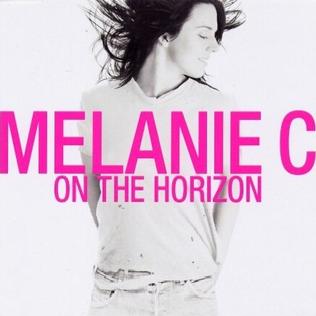 "On the Horizon" is a song released by British singer-songwriter Melanie C. It was written by her along with Rick Nowels, Gregg Alexander, and produced by Nowels and Alexander for her second studio album, Reason (2003). Selected as the album's second single, the song reached number 14 on the UK Singles Chart. Melanie C performed the song during the Reason Tour.

"What I Go to School For" is the debut single of English pop punk band Busted. It was written by James Bourne, Charlie Simpson, Matt Willis, Steve Robson, and John McLaughlin and produced by Steve Robson. The song was inspired by a teacher that Matt Willis had a crush on at school. 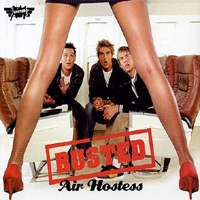 "Air Hostess" is a song by English pop rock band Busted. Composed by the band along with Tom Fletcher of McFly and Stewart Henderson, it was released on 26 April 2004 as the third single from their second studio album, A Present for Everyone (2003), and reached number two on the UK Singles Chart. 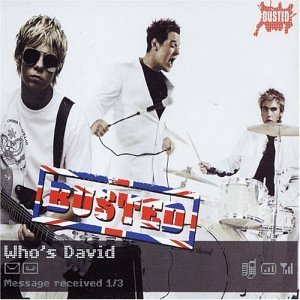 "Who's David" is a song by British pop punk band Busted. It was released on 16 February 2004 as the second single from their second studio album, A Present for Everyone (2003). It was co-written by Tom Fletcher, one of the lead vocalists and guitarists from the band McFly. The single features the live version of "Teenage Kicks", which the band performed at the 2004 Brit Awards ceremony. In response to being frequently asked "who is David?", Willis claimed that David is the name of his facial mole.

"You Said No" is a song by English pop punk band Busted. It was released on 21 April 2003 as the third single from their debut studio album Busted (2002). The song was written by band members James Bourne, and Charlie Simpson, and was produced by Robson and Graham Stewart. "You Said No" became Busted's first song to reach number one on the UK Singles Chart.

"Mr. Writer" is a song by Welsh rock band Stereophonics, taken from their third album Just Enough Education to Perform. It was released on 19 March 2001. It reached number five on the UK Singles Chart, number seven in Ireland, and number 53 in Sweden, where it was their first and only single to chart.

"Angel" is a song by Irish folk rock band the Corrs, the second single released from their fourth studio album, Borrowed Heaven (2004). The song is a tribute to the band members' mother, Jean, who died in 1999. "Angel" was first released in Australia on 23 August 2004 and was issued in the United Kingdom the following month. The song peaked at number 16 on the UK Singles Chart, number 14 in Hungary, and number 19 in Ireland.

"Sleeping with the Light On" is a song by English pop punk band Busted. It was the second song which band members James Bourne and Matt Willis wrote together. It was recorded in 2002 for their debut album, Busted, and later released on 11 August 2003 exclusively in the United Kingdom and Ireland as the album's fourth single. It reached number three on the UK Singles Chart. In 2014, McBusted performed this song in an acoustic live session.

"On Silent Wings" is a song by Tina Turner with guest vocals from Sting. Released in June 1996 in support of Turner's Wildest Dreams album, the single performed well on the US and Canadian adult contemporary charts, peaking at numbers 24 and 13 respectively. The dance version of "On Silent Wings", remixed by Soul Solution, charted at number 47 on the US Dance Club Songs chart. Like much of Turner's later work, "On Silent Wings" enjoyed greater success in the United Kingdom, peaking at number 13 on the UK Singles Chart.